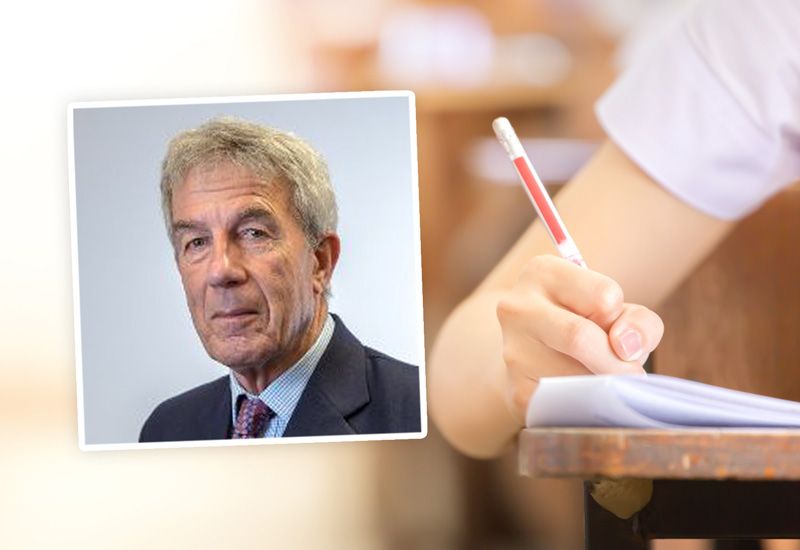 The Vice-President of Education, Sport and Culture has written an open letter to the island, warning that any effort to change the direction of travel when making changes to the secondary schools and post-16 models "would be highly irresponsible and would be the worst possible disservice to those who learn and teach in our schools".

Deputy Richard Graham was previously a supporter of selective education, but says that as the decision has been made to scrap the 11+ and to bring in a new era of all-ability education within one States run school over two sites, the island should stick with that.

His letter, which is printed in full below and can be downloaded here, has been published in the light of a number of negative news stories surrounding the ESC committee ahead of an important States debate on the funding of the plans to transform secondary education.

First, an allegation was made that ESC President, Deputy Matt Fallaize interfered in the recruitment process when appointing a head of Curriculum and Standards, the the island's new Director of Education resigned before starting her new role full time, and there have been countless calls for Deputy Fallaize to resign, for the transformation of secondary education to be redebated, while a sursis is planned to halt next month's scheduled funding talks.

Below, in his own words you can read Deputy Graham's response. 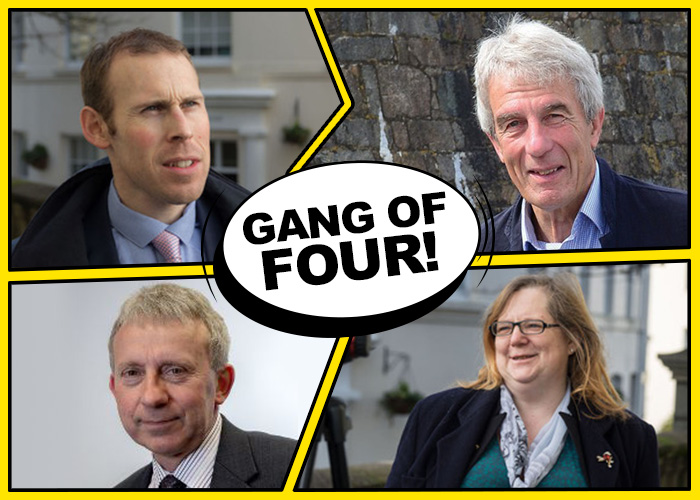 Pictured: Deputy Richard Graham was one of the 'gang of four' he refers to in his letter, printed in full below:

Back in March 2016, the previous States resolved that in future secondary education in Guernsey would no longer be based on selection at the end of the primary phase. In the following month I was elected to the current States and soon became one of the leaders ofa campaign which essentially asked the question “before any changes are made, are we sure that we want to change to a comprehensive system for secondary education?” I arguedthen, and remain of the view now, that there are examples of highly successful countries such as Singapore, Germany and The Netherlands where selection at the end of the primary phase of education is conducted in such ways as to avoid the negative aspects of the controversial 11-Plus test and where the provision of discrete academic, technical and vocational educational paths for students aged 12-18 has proved its value.

But that is water under the bridge. The simple fact is that my supporters and I lost the debate and the current States resolved, albeit narrowly, that the resolution of the previous States would stand.

At that point, recognizing that there was no political appetite to challenge further the decision of two successive States of Deliberation, I decided that the responsible approach was first to ask what are the key elements of the very best, all-ability, secondary schoolselsewhere and then to ensure that Guernsey’s future comprehensive schools reached thesame high standards.

That is how I came to be one of the original members of what was regarded with varying degrees of affection as the “Gang of Four’ which campaigned for the 11-18 model for our secondary education. We were successful in gaining the support of two thirds of States members and I subsequently became Vice President of the Committee for Education, Sport and Culture whose Policy Letter will be debated by the States in early September.

I recount my personal journey through the selection/non-selection debate because it is still relevant to many in the community and to some of their political representatives who remain unconvinced that the change to all-ability secondary schools, which has already begun, is the right way to go. Their principal arguments are twofold: first, that our selective model of three secondary modern schools and a grammar school for our students aged 11-16 is working well so why change it; and second, that the most academic students will not be able to flourish in an all-ability school.

Both of these assertions need to be challenged.

Frankly, our pre-2019 provision of secondary education has not been working as well as it should in allowing all our students to reach their full potential. If the educational outcomes at GCSE level of our three grant-aided colleges, our three high schools and grammar school are aggregated to demonstrate a Guernsey-wide level of attainment, the result is a standard that hovers around or just above the UK average. By international standards, that is a modest level. Given Guernsey’s social and cultural make-up, we should aim much higher. That is not a criticism of recent generations of students and their teachers; far from it. Rather, it is the educational model itself which has made the task of some of our students and teachers that much harder than it needed to be. We need to raise our standards, in my view to those of the top 100 English, state, comprehensive schools, all of which out-perform Guernsey by a significant margin and which themselves match the highest international standards. Significantly, all but two or three of those top 100 schools are 11-18 schools with their own integral sixth forms, just like the two colleges that are now in the early stages of being established here in Guernsey.

Some may ask “why look to England?” The simple answer is that it makes good, practicalsense. We recruit a significant body of our teachers from the UK and whilst it is true that a small trickle of our post-A-Level students take places in overseas universities, the vast majority of our students have to compete with their UK counterparts for places at the best institutions for higher education in the UK.

I now turn to the notion that the highest academic achievers are somehow held back in all-ability schools. This assertion is often made but is simply not supported by the best empirical evidence. Here in Guernsey we do not have to look far for that evidence. Elizabeth College and The Ladies’ College are our very own examples of 11-18 schools whose students represent a wide range of academic ability. Both schools consistently demonstrate that good teachers and an insistence on high standards allow the highest achievers to flourish. Looking further afield, last year I was privileged to visit four excellent English, state comprehensive schools, three of them in socially-challenged areas of London and its suburbs, one in Gloucestershire. All four have very high academic standards and well- thought-out policies to ensure that all students, whatever their ability, are enabled to reach their potential. It is beyond question that their brightest students flourish in an all-ability environment; their A-Level results and their success in gaining places at the Russell Group universities are well and truly evidenced.

Space does not allow me to cover other elements of the debate about the relative merits of selective and non-selective secondary education, but I have responded to two of the most common criticisms that are made to me about all-ability schools. In my case, rather than having undergone some form of Damascene conversion on the road to the one-school-two- colleges model for which States members voted overwhelmingly some 18 months ago, I have simply come to the conclusion that the worst selective models and the worst comprehensive models are equally capable of wrecking the prospects of their students whilst the best selective schools and the best non-selective schools are equally able to ensure that all their students thrive. Here in Guernsey, successive States of Deliberation have resolved that our secondary school students will be educated in the best of non- selective schools, and that is precisely the process which is already well on its way, with the first all-ability cohort of Year 7 students entering their secondary schools next month. As we contemplate this significant transformation, there is nothing to fear but fear itself. Even to consider reversing the direction of travel now would be highly irresponsible and would be the worst possible disservice to those who learn and teach in our schools.

The above was written by Deputy Richard Graham and is not the view of Express.

Posted by Tim Langlois on Aug 25th, 2019
An excellent summary from Deputy Graham of where we are today. I can only hope that Deputies Meerveld and Dudley-Owen come around to his way of thinking and stop being so negative and trying to wreck what is after all a democratic decision of the States of Guernsey. In my view they are being totally irresponsible and this is such an important subject.
To place a comment please login Login »