Only 4% of food is locally produced 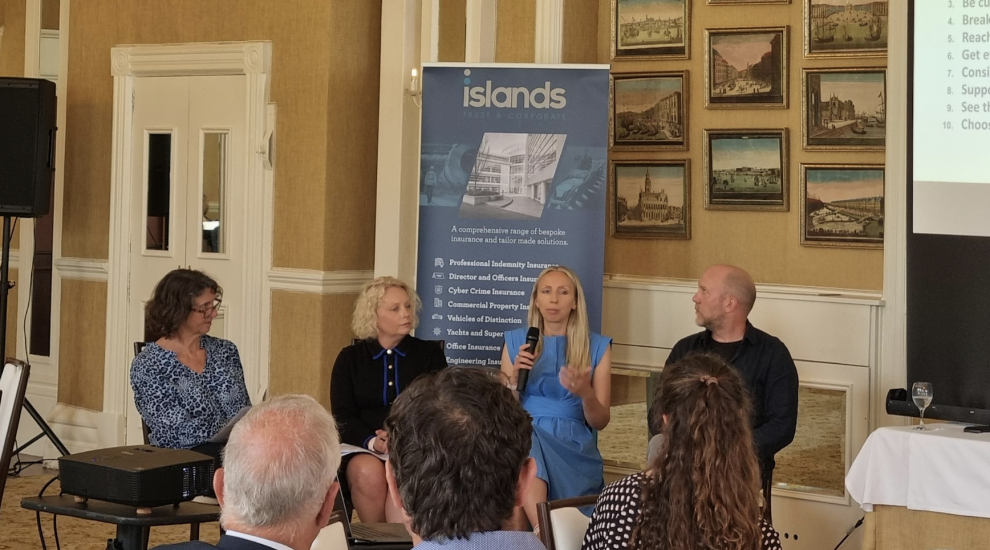 Only 4% of food is locally produced

The fragility of the global and local food system was highlighted during a Chamber of Commerce lunch yesterday as speakers offered insight on everything from healthy eating to the amount of food produced in-island.

The discussion, co-hosted with the Sustainable Business Initiative at Old Government House Hotel, was titled ‘Food for Thought’ and featured three stakeholders involved in the food industry.

Jock Pettitt, co-founder of the Soil Farm, Vivienne Robinson, co-founder of Plantier – which encourages plant-based options on menus – and Gill Mabbett, Director of Sales for Red Carnation Hotels, provided their experiences of the islands food system. 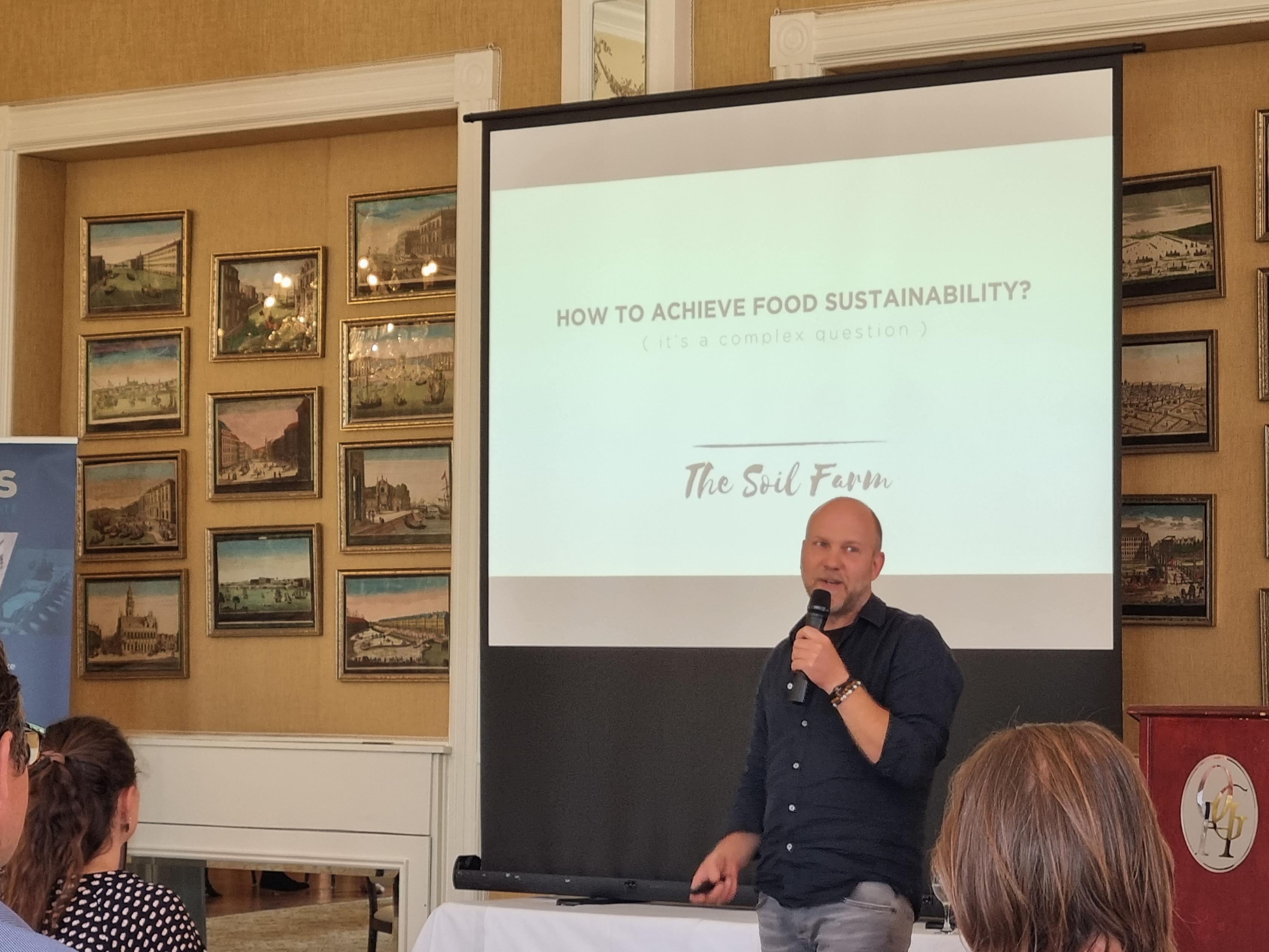 Mr Pettitt was the first speaker. He argued the question of future-proofing the food system “goes deep in many different directions”.

He also said the individual’s ability to make different decisions is critical to delivering changes in habits and the food system. This can be achieved by using our money as a vote for the types of systems we want to support, according to Mr Pettitt.

For Guernsey, he suggested that 89% of food is imported. Of the remaining 11%, approximately 7% is locally produced milk, leaving 4% for other food stuffs.

Mr Pettitt suspects a tiny proportion of that 4% is sustainably produced, as he argued that organic food does not necessarily mean it regenerates the landscape in which it is grown.

“Getting chemicals out of our food is huge,” he said.

“I try and buy local anywhere I can, but 4% doesn’t take you very far.” 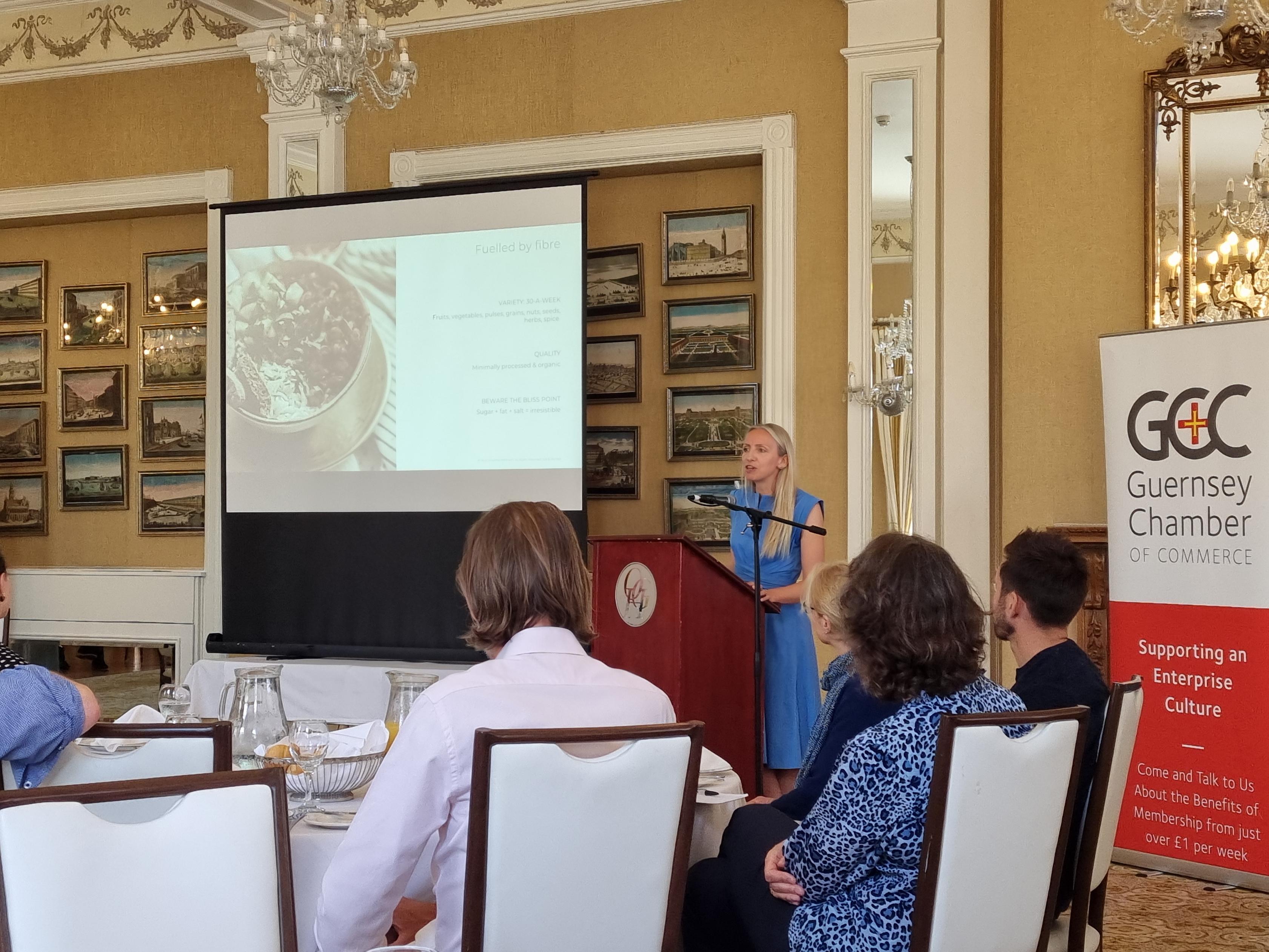 Mr Pettitt also highlighted various global statistics throughout; 96% of mammals on earth are humans or livestock, 71% of birds are domesticated or poultry, and a third of all land is used for food production.

He said that the food system is “top of the chart” of industries for impact on the environment.

“Most of the problem is in how we’re making our food,” he said, illustrating that 90% of British chicken is intensively farmed, and therefore, we need to eat less of it.

Ms Robinson said she used to work in food marketing encouraging the sale of products “bad for you and bad for the environment”.

She highlighted that the younger you are, the more likely you are to self-report as a “flexitarian”. She said modern documentaries could be linked to this drive in younger generations. This generational shift should be reflected “wherever possible,” she said.

She also stressed the importance of the gut-brain axis, saying 80% of health outcomes are determined by lifestyle choices rather than genetic composition.

“Good gut health is critical… 20% of energy goes directly to the brain,” said Ms Robinson. She said fibre is key for a healthy gut, which ideally should come from 30 different whole plant sources each week. 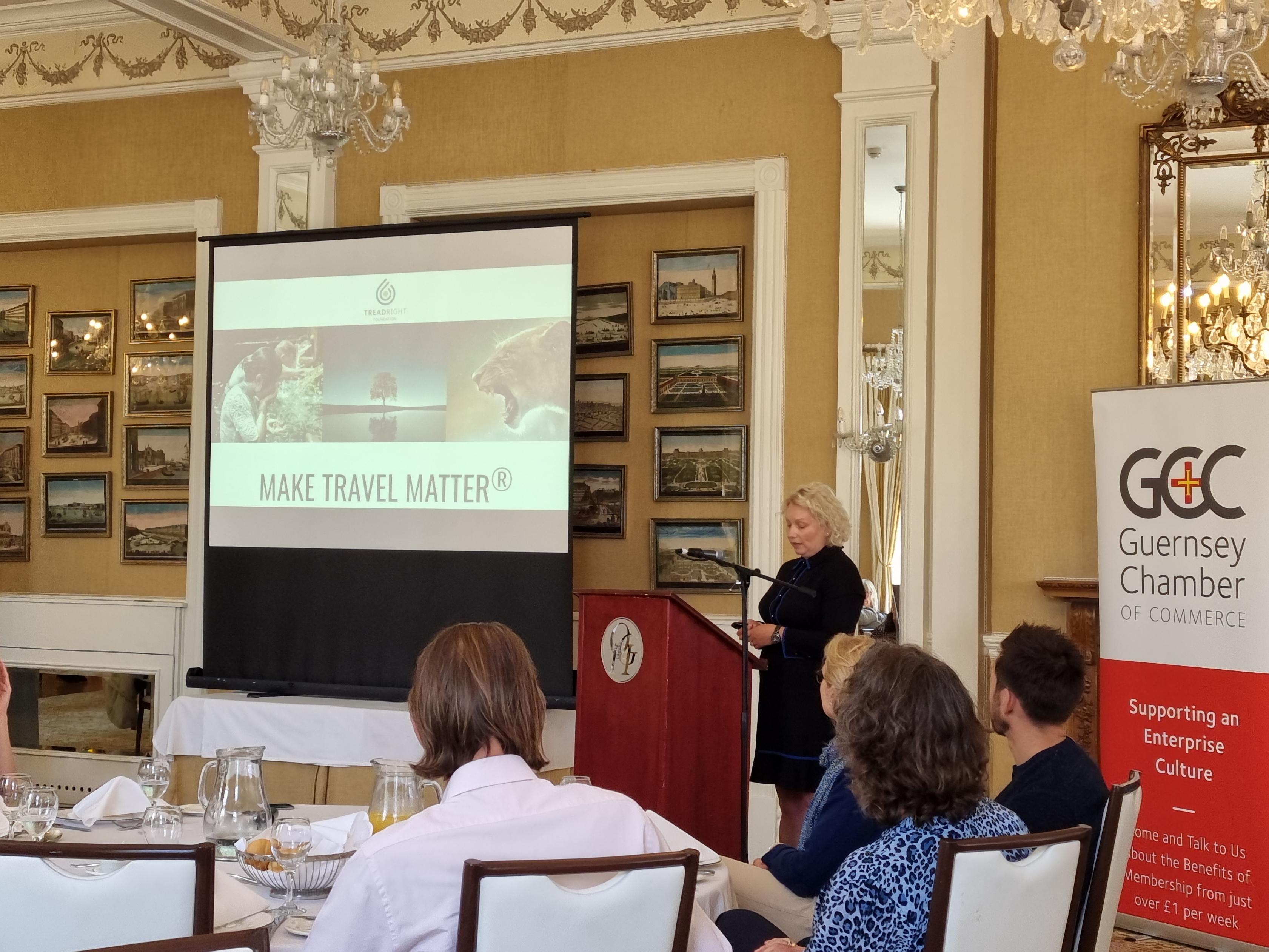 Pictured: Gill Mabbett says her company is conscious of the need to reduce food waste.

Ms Mabbett was last to speak, claiming that across Red Carnation’s 18 hotels, they have cut food waste by 39%.

They have used artificial intelligence to assist in eliminate waste, saying the hotelier uses two metrics: gram per cover of food and weight as a percentage of sales.

Ms Mabbett said the most wasted products are bread and sandwich fillings. She said of orange trimmings that the chefs are competing to produce “the best marmalade” from the waste.

She reiterated points about ensuring flexible options on menus saying everything must be considered from desserts to side-dishes and children’s menus. 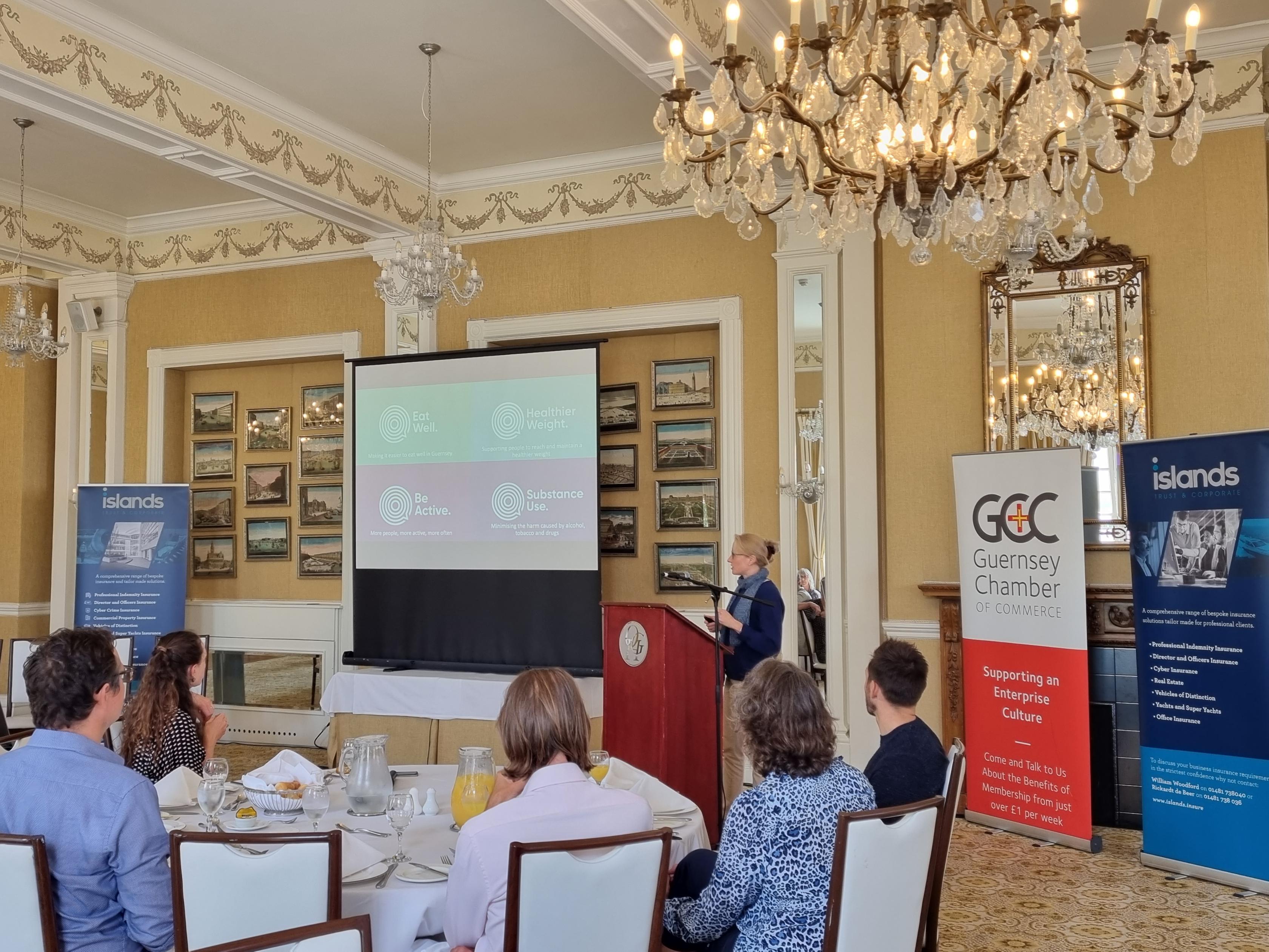 Pictured: The Health Improvement Commission work with schools and other education providers to teach and improve food choices for students.

The event was opened by representatives from the Health Improvement Commission Lucy Whitman, Eat Well and Healthier Weight Lead, who claimed local data provides a mix of self-reported and structured statistics – and that plenty of fruit and vegetables had been found when looking at young people’s lunch boxes.

However, white bread and processed meats were also found regularly.

But she evidenced in-house food sales had risen, including a 50% rise in fruit and vegetables, by listening to the wants of students at the Guernsey Institute.

“Extreme heat events” can be attributed to climate change