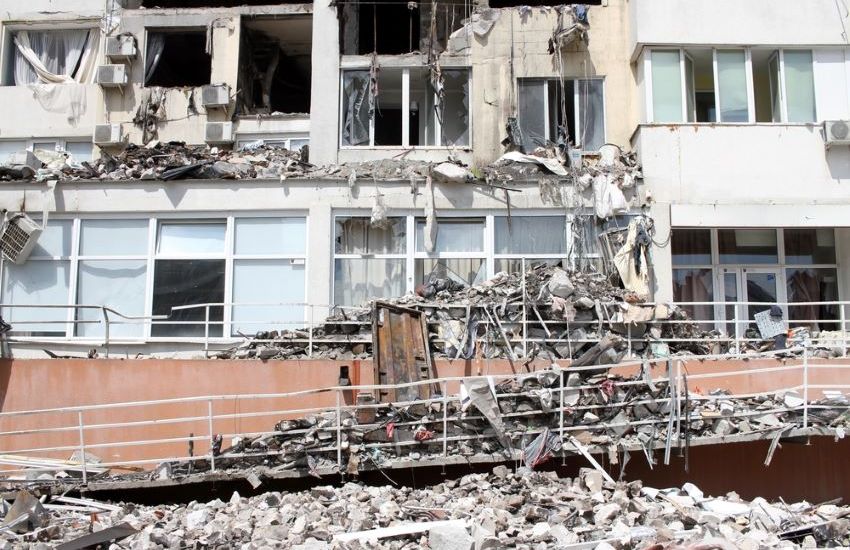 Guernseyman Colin Wood and his wife, Olga, are suddenly being forced to reconsider whether to remain in their home in Odessa or flee as refugees.

Russia has recently stepped up attacks on the southern Ukrainian city and Mr and Mrs Wood are now seeing missiles overhead every day and night.

"I fear that we will be lucky to survive another month in current conditions and we will have to run as refugees, with nothing except what we can carry in our hands," Mr Wood told Express late yesterday afternoon.

Just hours earlier, seven missiles were fired on Odessa, killing one person, injuring several others and destroying buildings, including a shopping centre.

An Odesa, Ukraine, shopping center was heavily damaged on Monday in an attack that Ukrainian officials say was carried out by Russian forces using Soviet-era missiles. Odesa's mayor said one person was killed and several others were wounded. pic.twitter.com/g0yzuZG99k

WATCH: American news channel CBS tweeted this video showing the destruction at a shopping centre in Odessa hit by Russian missiles on Monday.

"Last night, we were going to bed when there was a huge explosion and we jumped out of bed. I went onto the balcony just in time to see a second missile explode about one kilometre away from us," said Mr Wood.

"We learnt in the night that the largest shopping mall in Odessa, called the Riviera Centre, had been totally destroyed. This was approximately 85,000 square metres of retail space and had in excess of 200 shops.

"We have discovered today that there were seven missiles fired in all, from a Russian supersonic bomber, and some of the missiles were the new hypersonic missiles the Russians have developed." 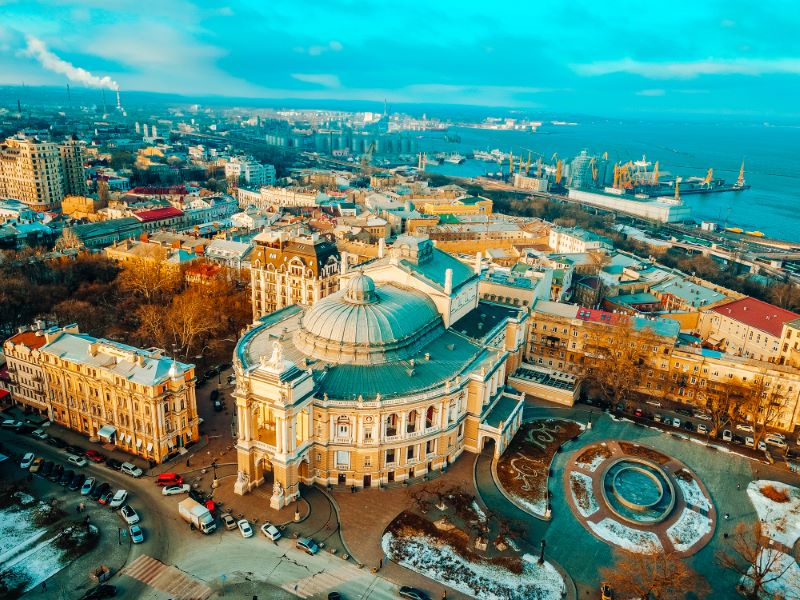 Pictured: Odessa is a strategically important port city on the Black Sea.

Mr Wood told Express last month that the couple wanted to remain in Odessa for as long as possible. At that time, their main concern was Russian ground forces advancing westwards in the light of their inhumane actions in other parts of the country, such as Bucha, where evidence suggests they indiscriminately massacred hundreds of civilians and raped women and girls.

"Things have become much more active in the last 10 days," said Mr Wood yesterday. "We have at least five air raid siren alarms every day and we are hit by missiles every day and night.

"Last Saturday, Olga and I were in the city centre and we saw three missiles fly over our heads. One was shot down above us and the other two landed and exploded.

"A hotel on the seafront just to the West of the Arkadia sea resort, which is about three kilometres from the city centre, was destroyed by missiles a few days ago.

"It has definitely become more dangerous here and we have got used to seeing missiles flying overhead at times every day and night.

"Olga and I have discussed escaping if it gets too dangerous, but we will be leaving with only what we can carry, as all our money is now tied up in the house we bought but have not been able to finish rebuilding." 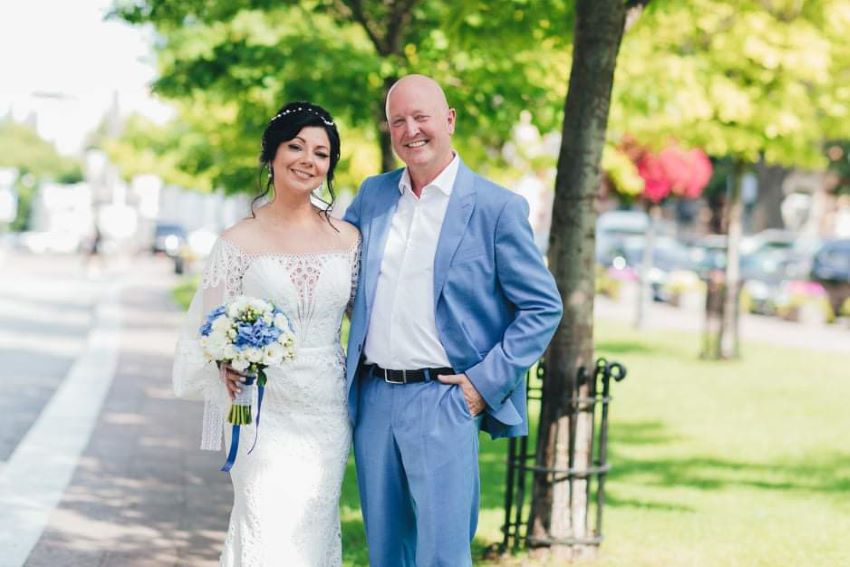 Pictured: Colin Wood and his wife, Olga, when they were married in more peaceful times.

Mr and Mrs Wood run a shop in Odessa, but Mr Wood said that the renewed attacks had caused business more or less to "ground to a halt".

"Few people have any excess money to spend on cakes, sweets, biscuits or anything else we sell.

"We are not earning even half of our monthly rent for the shop, so our savings have rapidly diminished as we have had to use them on rent, electricity and food.

"People are becoming increasingly worried as attacks escalate and more and more people are now making plans to escape if things continue to deteriorate." 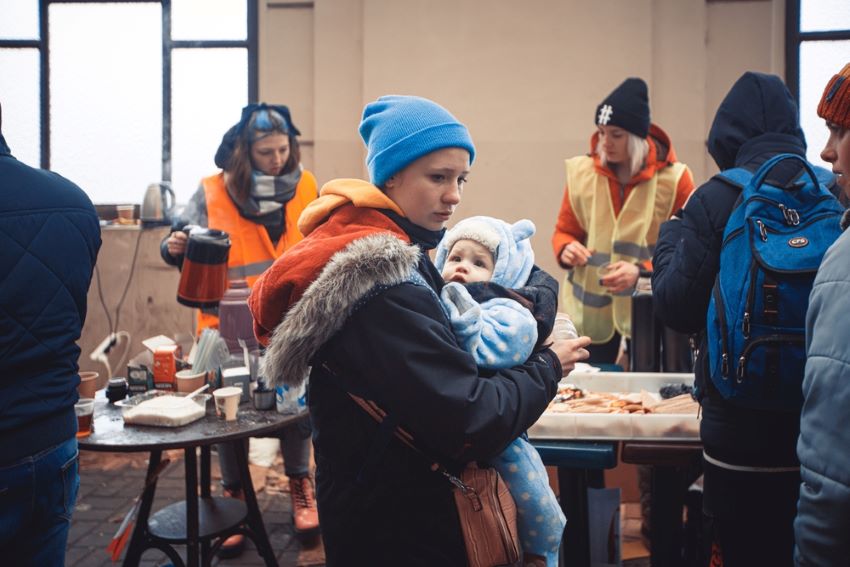 Pictured: Around 14 million Ukrainians are estimated to have fled the country as refugees or been displaced within the country since Russia's President, Vladimir Putin, launched a full-scale attack on his neighbour 11 weeks ago.

It is now 77 days since Russia's full-scale invasion of Ukraine.

More than 3,300 civilians have been killed, but that figure does not include deaths in the besieged city of Mariupol, where there has been heavy fighting since the war began. It is estimated that around six million refugees have left Ukraine with approximately eight million people displaced within the country.

Odessa is a strategically important port city on the Black Sea. Russia is blockading Odessa and other ports.

"The whole of Ukraine is unable to export goods and products as over 70% normally goes through the port. I read yesterday that there are many thousands of tonnes of wheat and other produce sitting at the port, unable to be loaded onto ships. This is obviously deteriorating quickly," said Mr Wood.

"I also read that many poorer countries face serious food shortages due to this food not being exported." 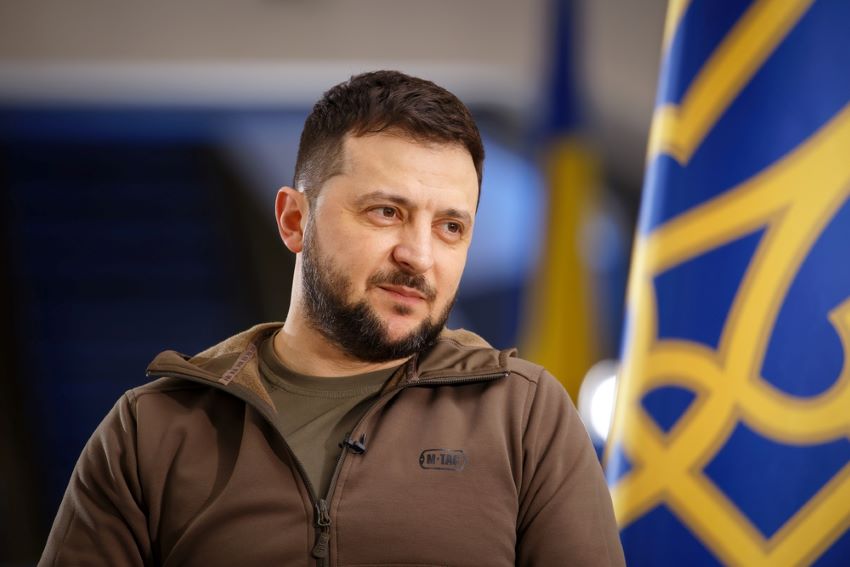 Pictured: Ukraine's President, Volodymyr Zelensky, has spoken about how Russia's blockade of Ukraine's ports is affecting food supplies around much of the world.

After the latest missile strikes on Odessa, Ukraine's President, Volodymyr Zelensky, said: "For the first time in decades, there is no usual movement of the merchant fleet, no usual port functioning in Odesaa. Probably this has never happened in Odessa since World War Two.

"Without our agricultural exports, dozens of countries in different parts of the world are already on the brink of food shortages. Over time, the situation can become downright terrible...this is a direct consequence of Russian aggression, which can be overcome only together – by all Europeans, by the whole free world." 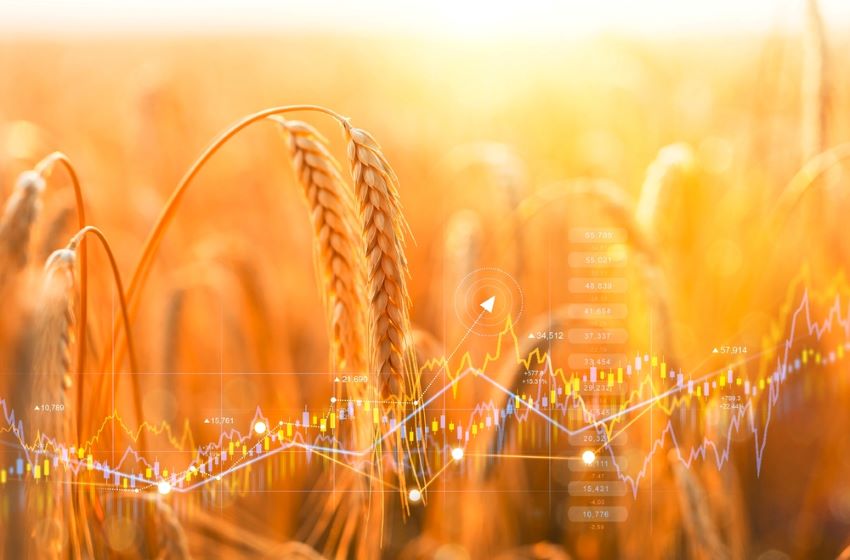 Even in the face of such devastation and fear, Mr Wood said that people in Ukraine have tried to retain some humour at the expense of their belligerent neighbour.

"Military intelligence has said that the Russians have run out of cruise missile-type weapons due to the electronic parts being produced by Ukraine, and obviously they are no longer receiving these parts," said Mr Wood.

"It is also for this reason that their tanks and armoured vehicles, once they have been hit, are abandoned on the battlefield as they do not have the technical parts to repair them.

"Farmers tow them away and deliver them to the Ukraine military, who then repair them using the electronics they have, and use them against the Russian forces.

"It has become a running joke here as there are so many videos of tractors pulling tanks and armoured vehicles."

Pictured (top): A building in Odessa damaged by Russian missiles.

"We pray it will end soon and the rebuilding can commence"

In solidarity with Ukrainians

States' member born in Russia is "devastated" by conflict with Ukraine

Olga says Guernsey's support gives her "the power to carry on"