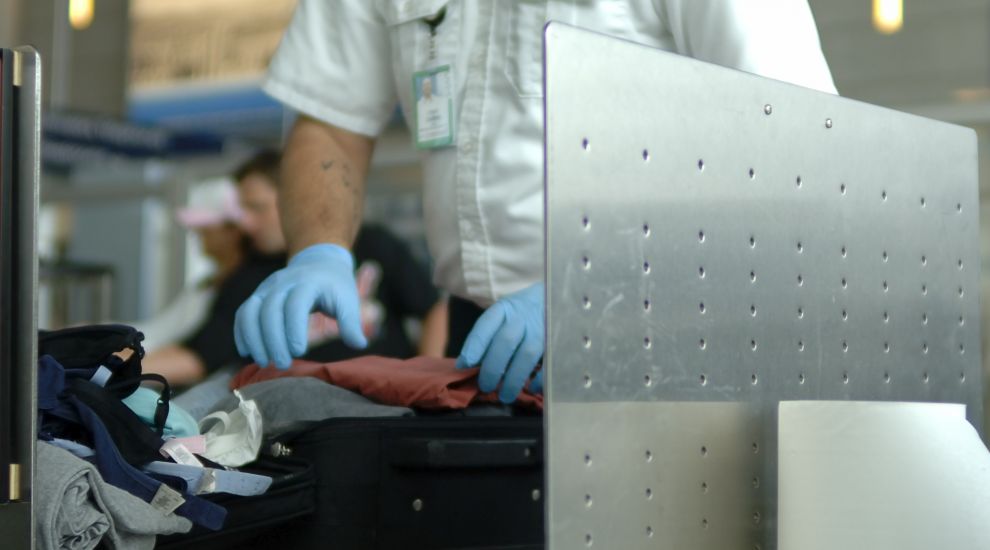 The first of Guernsey Airport’s new hold baggage scanners is now being used after passing tests.

It means that manual searches of some passengers hold baggage items are no longer required.

"This additional requirement on the processing of hold baggage was mandated by the airport’s regulators," said Guernsey Ports’ Head of Passenger Operations and Aviation Security, Steve Langlois.

“It has been a huge achievement to implement the first of the new scanners in readiness for the border changes on 1 July and that is testament to a lot of hard work by the project team and contractors working on this project." 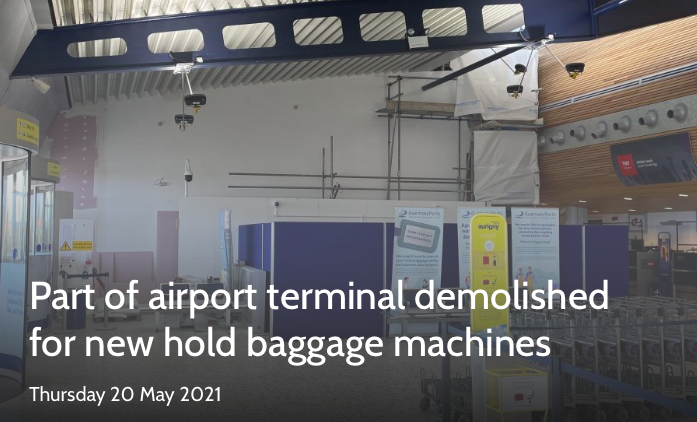 Pictured: Part of the western end of the passenger terminal has been demolished in order to create room for the new scanners and conveyor system.

The second scanner is due to arrive in Guernsey in "early August" and testing and commissioning work will begin shortly afterwards. Up to £12m was set aside by the States last year to replace the current equipment, which has been in place since the terminal building opened in 2004, with 3D technology.

“Specialist contractors from the UK will continue work to install the second scanner and associated conveyor system through the summer period," Mr Langlois added.

"When that is completed, it will provide increased resilience compared to the old system it has replaced.”

The project is due to be fully completed in November.

Passengers travelling to the UK with Aurigny can check-in hold baggage items the day before they are due to travel. The airline’s Twilight Check-in is open every day from 15:00 to 18.30.