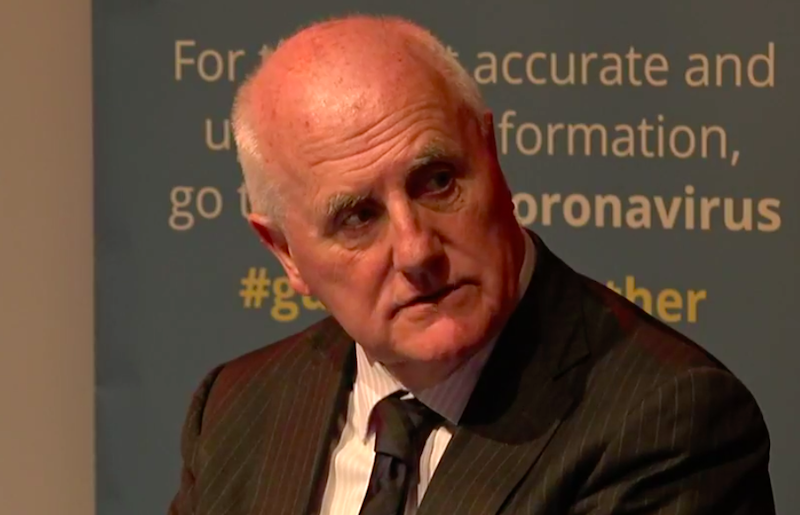 There is "no evidence" indicating that the President of the CCA has broken the Civil Contingencies Law, with Bailiwick Law Enforcement saying that “initial enquiries” had ruled out the need for a formal investigation.

BLE says it carried out a "scoping exercise" in response to media coverage of emails written by Farmhouse Managing Director - David Nussbaumer - and an alleged ‘WhatsApp’ message by one of Deputy Peter Ferbrache's relatives that was shared on social media. 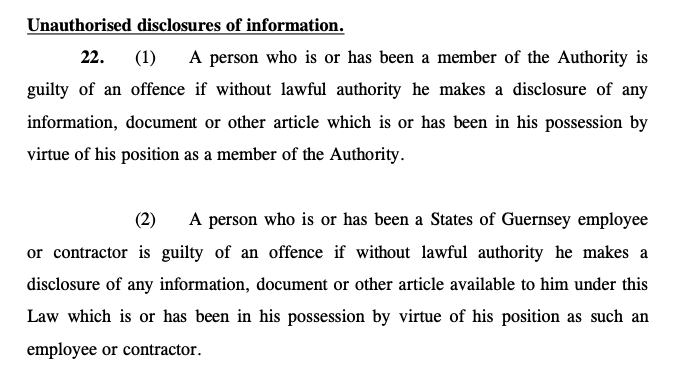 Pictured: The relevant sub-sections of Guernsey's Civil Contingencies Law which forbid the disclosure of confidential information.

In a statement, Law Enforcement said it has "pursued all legitimate and proportionate lines of enquiry to establish whether there is any evidence that a breach took place". A spokesperson said that no such evidence was found.

"BLE carried out a scoping exercise in response to significant media coverage of an email allegedly written by a local hotelier, and a separate alleged ‘WhatsApp’ message," they said.

"While BLE felt it was appropriate and necessary to make initial enquiries to determine if there may have been a breach of the law, it should be noted that no formal complaint has been made.

"These enquiries did not constitute a formal investigation. The information gathered in these enquiries was independently reviewed by The Law Officers of the Crown who advised there was no evidence to indicate there had been a breach of the law and that further investigation into a breach of Section 22 was not warranted."

Leaked emails sent from Mr Nussbaumer's email account in May this year state that the hotelier sought "sufficient leeway" from Deputy Ferbrache - his close friend and lawyer - not to report members of staff for a potential covid breach.

Mr Nussbaumer has not denied sending those emails, but has said since that he "fibbed" about the involvement of the high-profile politician and advocate in order to "frighten" the housemaid and her partner.

Deputy Ferbrache said that he cannot recall having conversations with Mr Nussbaumer about this incident.

That case has since appeared before Guernsey's Magistrates Court and the two workers found guilty. Aivis Licitis (34 ) was handed two weeks behind bars, while his partner, Gundega Dreimane (43), was given a £1,000 fine and suspended prison sentence for aiding and abetting the offence.

I have today submitted the following questions to the Chair of the Civil Contingencies Authority. Under Rule 11, I should be supplied with written answers by 5pm on Tuesday 7th, before they are asked and answered in person in the Assembly on Wednesday 8th September. pic.twitter.com/KvHMbCTOR3

Another email was then leaked to local media, this time appearing to show an email sent by Mr Nussbaumer on 23 February with the subject line ‘Guernsey strategy as it stands today and this in strict confidence please’.

When asked for comment, Mr Nussbaumer admitted to having sent an email to this effect. He said it followed "a private conversation I had with a friend in London. We were discussing the situation as to what was happening in the UK and what he was thinking was going to happen over here."

Mr Nussbaumer claimed that “the actual outcome was far different to what he had suggested". Under closer inspection, two of the three predictions turned out to be correct.

At the time of Mr Nussbaumer's email, official reports from Guernsey's authorities suggest that details around the island's exit from lockdown were yet to be decided.

Contacted by Express, Deputy Ferbrache said: "I have never disclosed to Mr Nussbaumer or anyone else any information that I should not have disclosed."

While Licitis and Dremaine have both been sentenced for the Farmhouse Hotel breach, BLE says that “elements of this investigation are still ongoing and no further comment can be made about this matter.”

“As is always the case, Bailiwick Law Enforcement will review its position if new evidence comes to light. However, all of its enquiries to date relating to the confidentiality of the Civil Contingencies Authority have not found evidence that would warrant further investigation.” 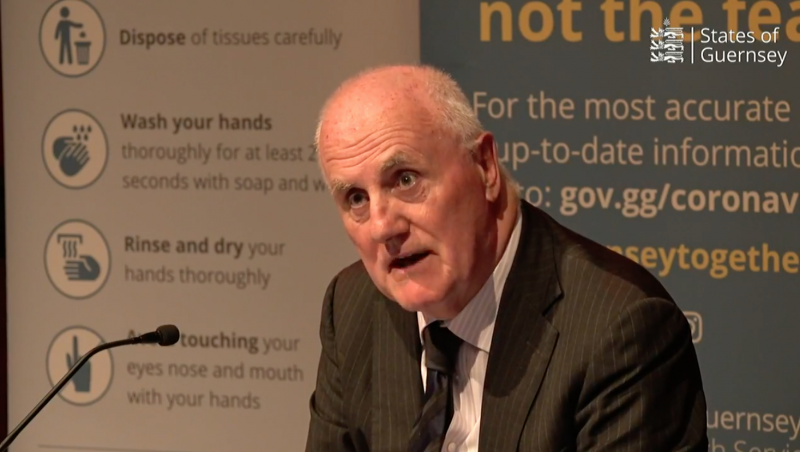 Pictured: Deputy Peter Ferbrache is the island's Chief Minister and Chairman of the Civil Contingencies Authority, which makes the rules that Bailiwick citizens have had to abide by throughout the pandemic.

Formal questions were written by Deputy Gavin St Pier last month in order to get answers from Deputy Ferbrache on his alleged involvement following the email leaks and the strong public interest in the story.

However, his questions were ruled out of order by the Bailiff.

It also followed comments on social media by another Deputy, Charles Parkinson, who alleged that Mr Nussbaumer had previously been able to advise his staff of information about the relaxation of lockdown restrictions before they were put in the public domain.

Posted by Joelle Goasdoue on Oct 6th, 2021
No surprise there then! This Island really has gone to the dogs
To place a comment please login Login »