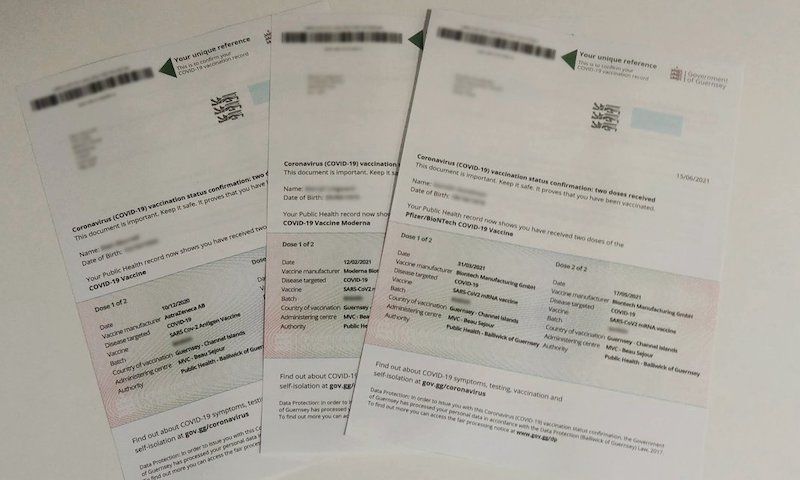 No Covishield vaccines have been delivered locally, according to the States.

Reports in the mainstream UK media earlier this month stated that millions of vaccines across Britain would not be accepted by the European Union’s vaccine passport scheme.

The shots in question were manufactured in India and are not yet authorised by the European Medicines Agency (EMA). As first reported in The Telegraph, the EU Digital Covid Certificate, does not recognise a version of the AstraZeneca vaccine known as Covishield.

Having engaged with the UK’s Department for Health and Social Care, the States said: "It has been confirmed that no Covishield vaccines have been administered in the UK. All AstraZeneca vaccines given in the UK (and therefore in the Bailiwick of Guernsey) are the same product.

"In the UK they are detailed on the NHS COVID Pass as Vaxzevria (this was previously known as COVID-19 Vaccine AstraZeneca).

The European Medicines Agency has authorised this vaccine and the UK "is confident that travel will not be affected", according to HSC.

"All AstraZeneca vaccines deployed in Bailiwick are supplied through UK supply chains and have been subject to rigorous safety and quality checks, including individual batch testing and physical site inspections, by the medicine’s regulator, the MHRA."