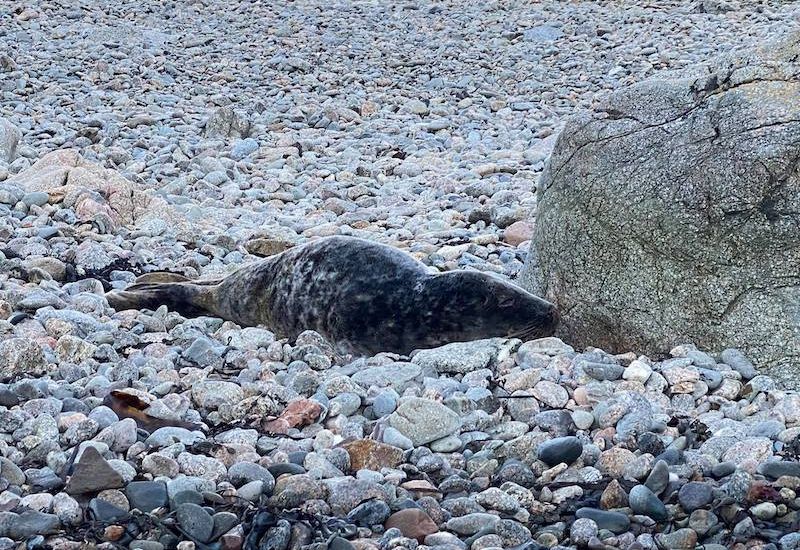 An "extremely thin" seal pup is recovering in the GSPCA's intensive care area after the charity rescued the poorly pup.

Team members Geoff George and Beckie Bailey found Titan near the Fairy Ring; while he was old enough to have shed his winter coat, his neck was "extremely thin", and he weighed only 20kg.

"We have seal pups needing help well into February, and with the awful weather we have had there could be others in the coming weeks," said Head of Marine Mammals, Geoff George.

"If you see anything, please do give us a call." 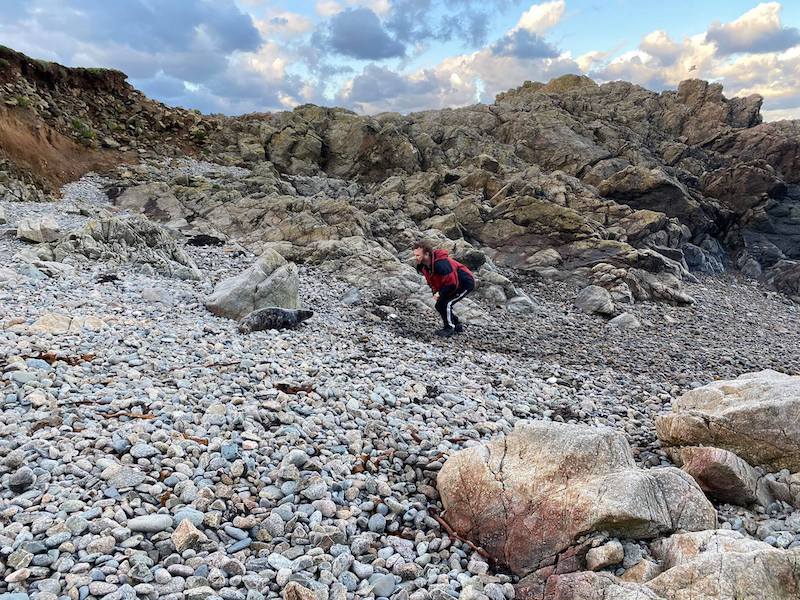 With three seals, over 100 hedgehogs, and hundreds of other animals in the GSPCA's care, Manager Steve Byrne said the festive period had been very busy.

He provided some tips on what islanders should do if they spot a seal pup. If it looks fit and healthy, with no signs of distress, it may be worth monitoring the pup for 24 hours. If the mother does not return in that time, then it would be best to call the GSPCA; however, more pups end up in captivity than is necessary because people mistakenly believe them to be abandoned.

A healthy seal pup will look like "a big, stuffed maggot without a neck"; thin or unhealthy seals will look more sleek (but not bony), with a visible neck. Islanders should not touch the seal, as their bites can become infected by the bacteria living in their mouths. Similarly, dogs and other pets should be kept away from seals so that they do not harass them.

When the GSCPA is contacted about a seal, callers will be asked the exact location of the seal, where it is on the beach, the state of the tide, how long the seal has been observed for, any obvious signs of illness, and whether or not the mother has been seen.

Pictured top: To report an endangered animal, for more information, or to find out how you can help the GSPCA, call 257261

Keeping your pets safe this Christmas