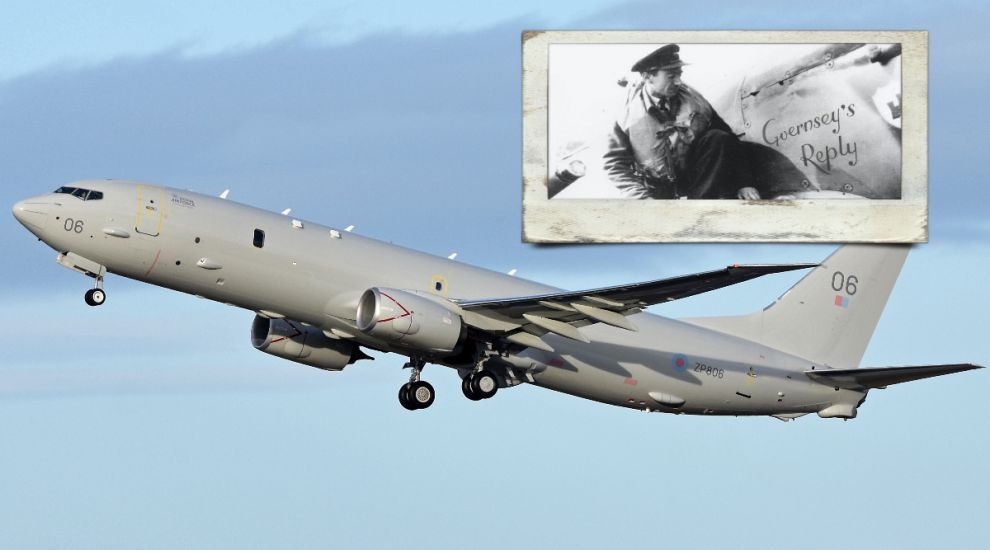 The aircraft is named in honour of the Spitfire flown in the Second World War by Flight Lieutenant Herbie Machon, a Guernsyman who was evacuated from the island prior to the Nazi Occupation.

He volunteered first for the British Army and then joined the RAF in 1942. 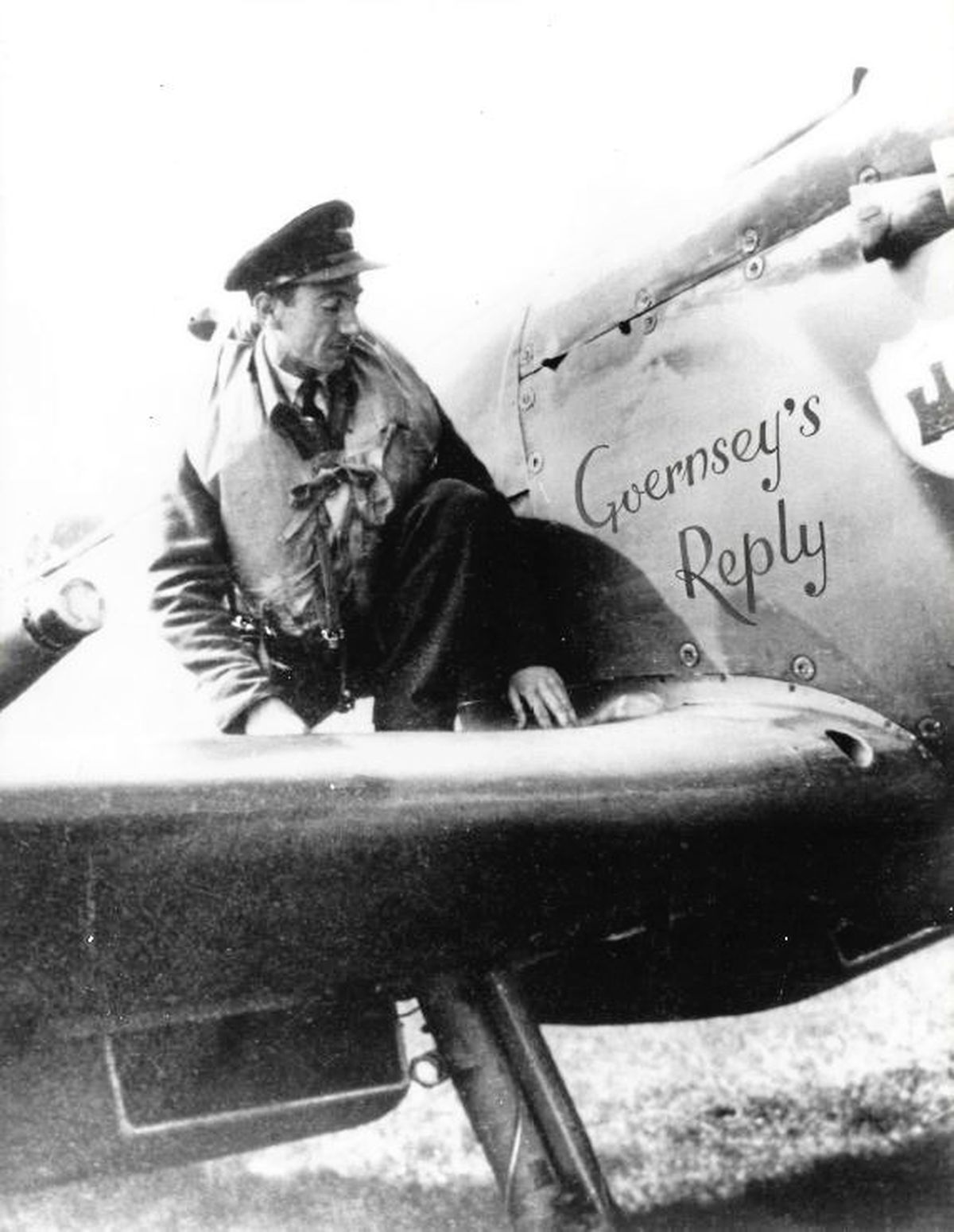 The new aircraft carried out its initial flights to ensure systems on board were fully functional.

On 17 December, the Boeing 737 systems within the aircraft were monitored. These included the engine and hydraulics.

The 11 January flight allowed for testing of the Poseidon systems, including radar, electronic support measures and the acoustic suite.

Pictured: 'Guernsey's Reply' takes to the skies on a test flight.

‘Guernsey’s Reply’ will now play a crucial part in 201 Squadron’s role as the training unit tasked with teaching the next generation of Poseidon aircrew and instructors.

It will also form part of the frontline fleet, which now has nine aircraft.

Wing Commander Adam Smolak, the Officer Commanding 201 Squadron, said: “I was delighted to fly in ‘Guernsey’s Reply’. Flying the first sortie in any new aircraft is an honour, but this was particularly special given the historic significance of the name to Guernsey’s Own - Hic et Ubique.” 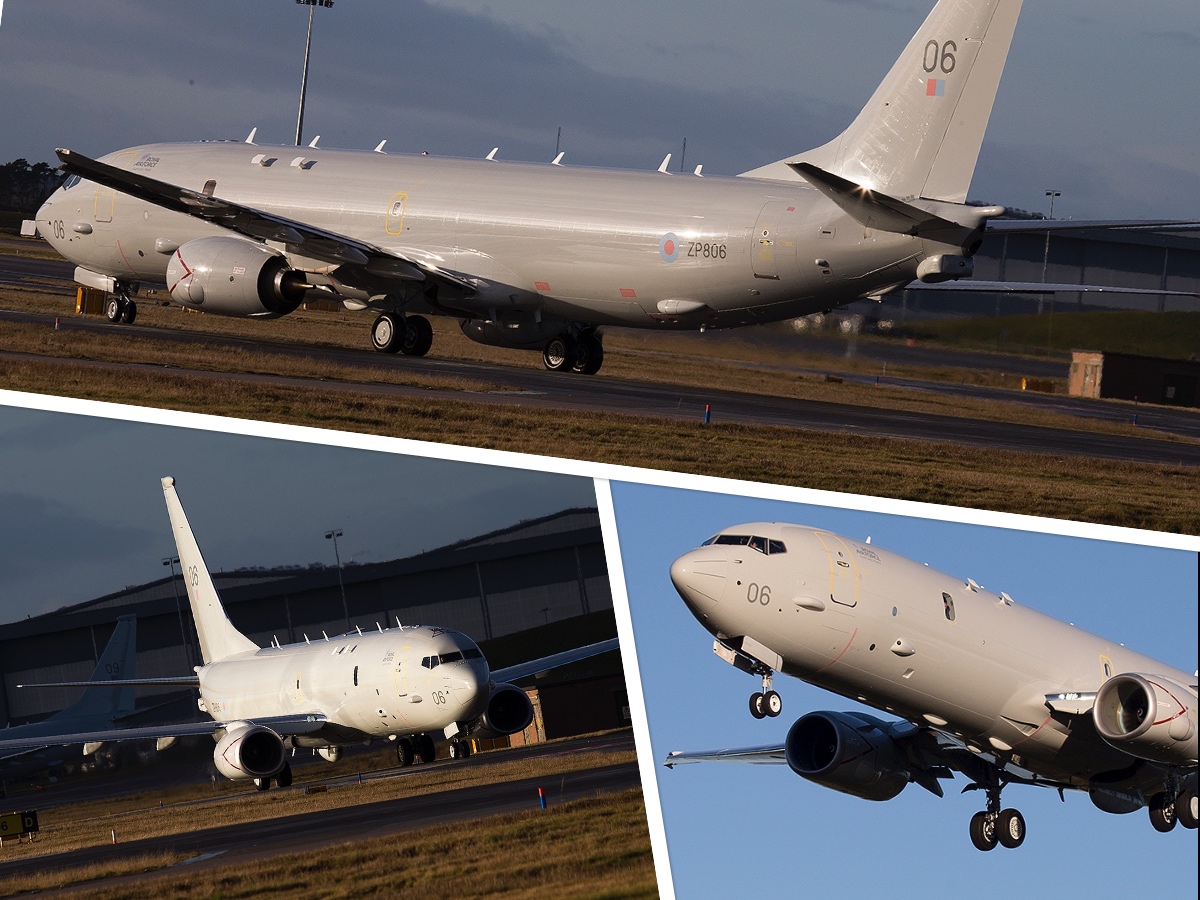 Pictured: The RAF's new aircraft before take off and on final approach to the runway.

The Poseidon is already providing cutting-edge maritime patrol capabilities and working side-by-side with the Royal Navy to secure the seas around the UK and abroad.

It is equipped with sensors and weapons systems for anti-submarine warfare as well as surveillance and search and rescue missions.

The aircraft can also be armed with a weapons system which includes torpedoes for engaging sub-surface targets.

The UK Government has invested £470million in the Moray base, which will future-proof Quick Reaction Alert and Maritime Patrol operations for many years to come.

Candle maker raises over £5,000 for Ukraine

Red Arrows back for 2022 air display