New MRI Scanner is ready for use 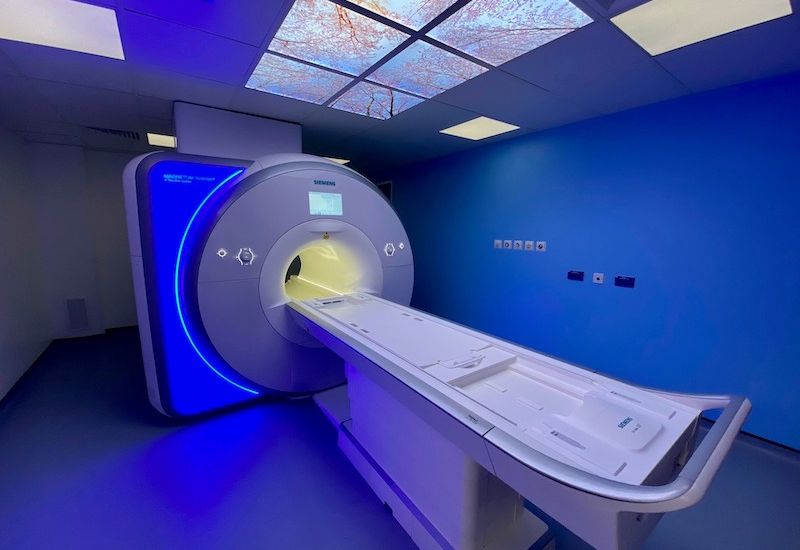 New MRI Scanner is ready for use

The PEH has installed a new MRI scanner as part of a five-months series of upgrades to hospital equipment.

The magnet from the outgoing scanner was used to construct a new, state-of-the-art machine, housed within a newly-refurbished scanning room.

"The MRI scanner is a vital part of our hospital facility with constant high demand on it, whether it be emergencies or scheduled appointments," said Head of Radiology Services Alistair Richards.

"We complete 5,500 scans a year. The old scanner had exceeded its lifespan, and what we have now will be far more comfortable for patients. It is a huge step forward." 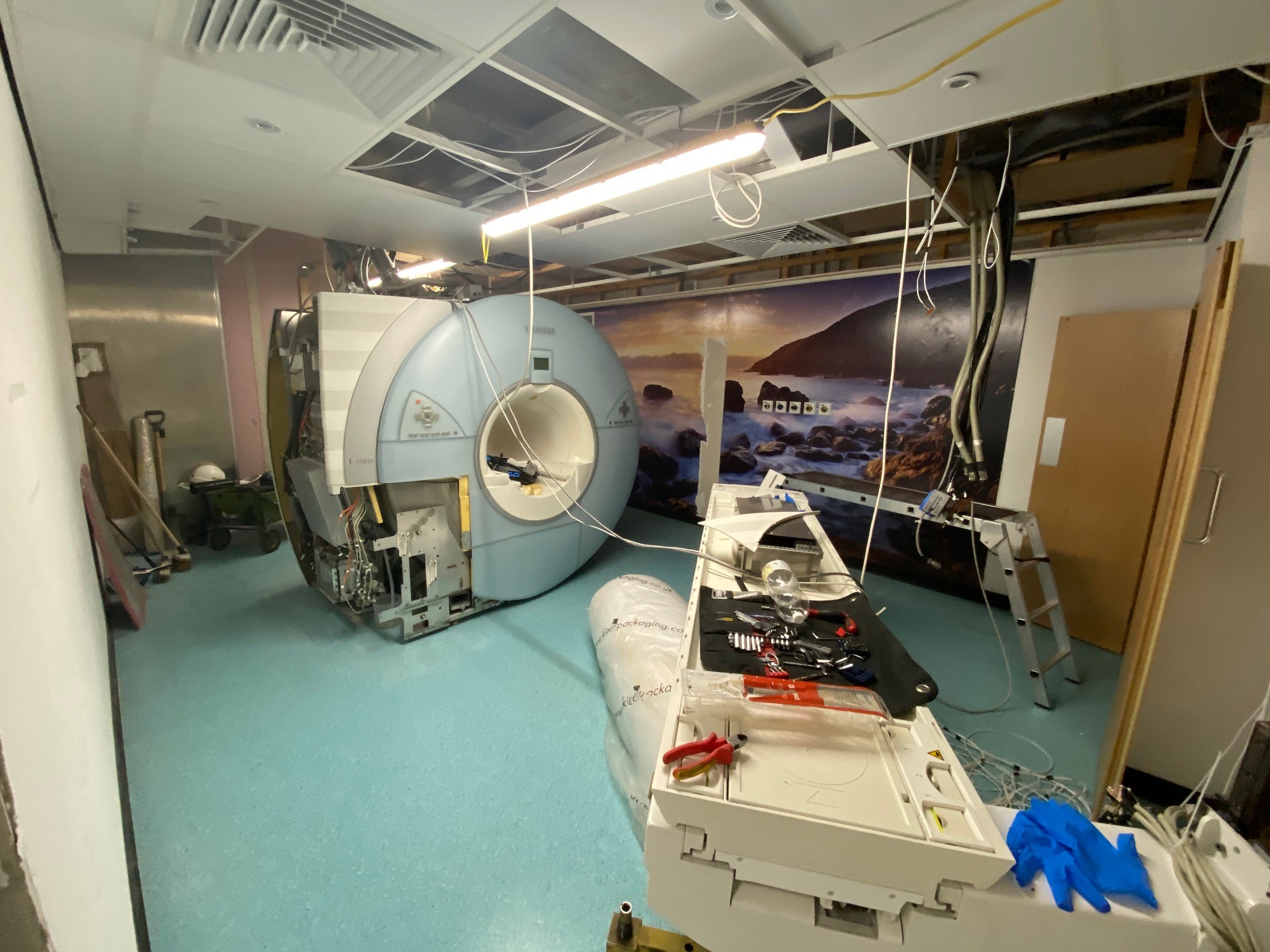 Pictured: The outgoing 13-year-old scanner has been used with thousands of patients.

The replacement project cost £1.3 million, and while the new facility was being installed, MRI scans were being carried out in a rented mobile unit outside the entrance to the Radiology and Emergency Department. This arrangement has been in place for 17 weeks with minimal disruption, though some appointments have had to be postponed due to recent minor technical issues.

These will be completed within the first 10 days of the new facility being operational.

The previous scanner was in service for 13 years; the project to replace it has also involved a refurbishment of the room in which this was housed, which was stripped back to a 'bare shell' and a new copper cage was installed. The ceiling, walls and floor were then replaced, and the magnet was then returned and incorporated into the new scanner. 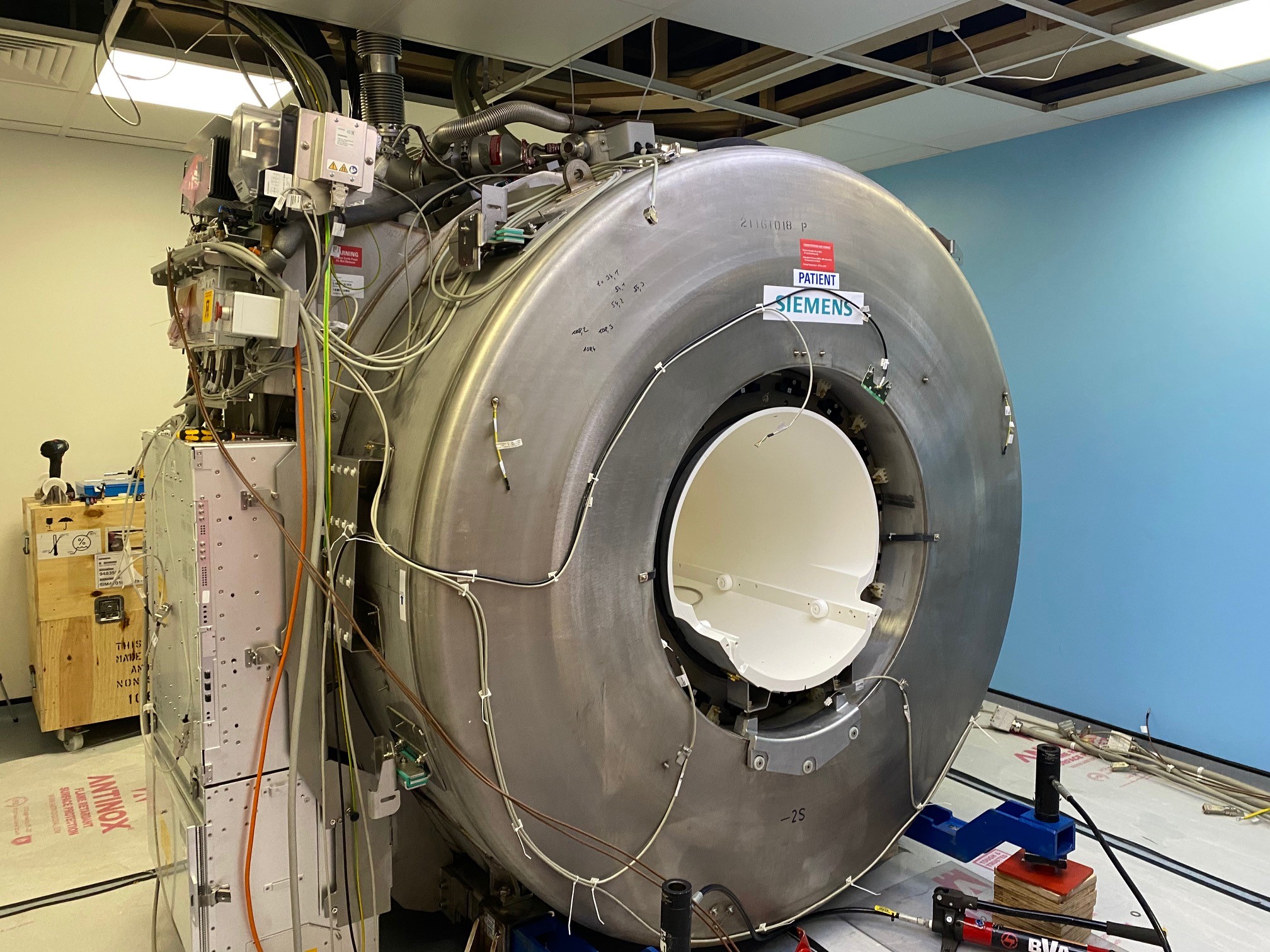 Pictured: The new MRI scanner, under construction around the magnet from the outgoing scanner.

Siemens, the company which makes the scanner, has also installed the latest software and ancillary hardware such as new coils, a new bed, and a new control room. The 'finishing touches' were new mood lighting and ceiling mounted screens to create a 'reassuring, therapeutic environment' for people undergoing scans.

"We would like to sincerely thank all the patients who have supported the successful use of the temporary MRI facility for the last 17 weeks, and apologise for the small number who have required postponement of their original appointment," said Mr Richards.

Pictured top: Staff have completed their final training and preparations ahead of starting scans next week.