New businesses talk about opening up in Town 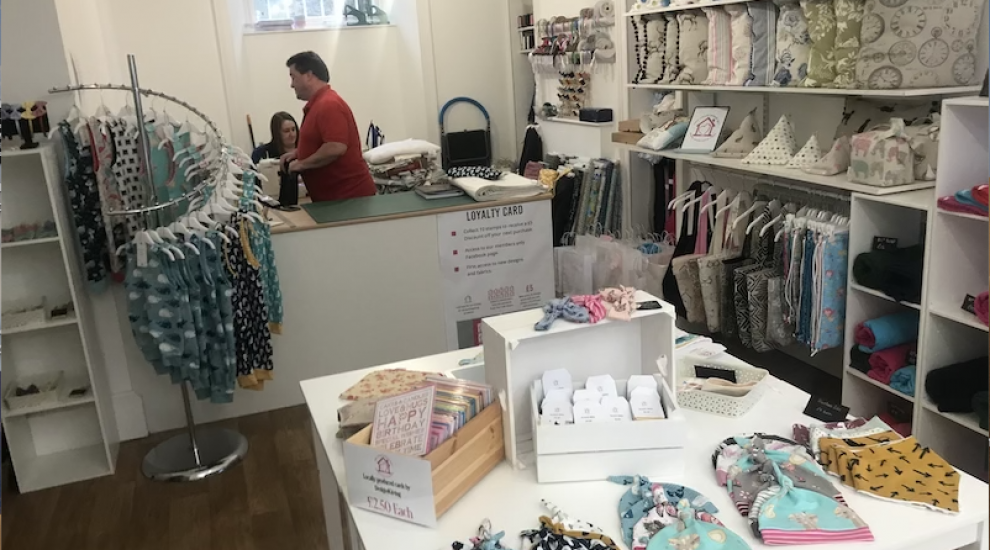 New businesses talk about opening up in Town

A new venture from the owners of Rendezvous Cafe will be opening in June at the former Red Onion site and Purpul Gifts recently decided to open a shop in Mill Street amidst a number of business closures in the retail sector. The Craft House in Fountain Street has also sung the praises of being based in Town since it moved from online only to Fountain Street premises in October.

The businesses which have shut up shop so far this year include Beghins, The Press Shop, Escape and HMV. In the hospitality sector The Townhouse, Laska, Barbados and The Red Onion have all recently closed their doors.

Three positive thinking business owners from very different backgrounds have decided to make a go in the retail and hospitality sectors for very different reasons but with matched enthusiasm.

Taxi driver Ayrton Hockaday opened Purpul Gifts shop for motoring enthusiasts within five weeks of making the decision to do so late last year and feels starting small in Mill Street was a good way to go into retail for the first time on his own. 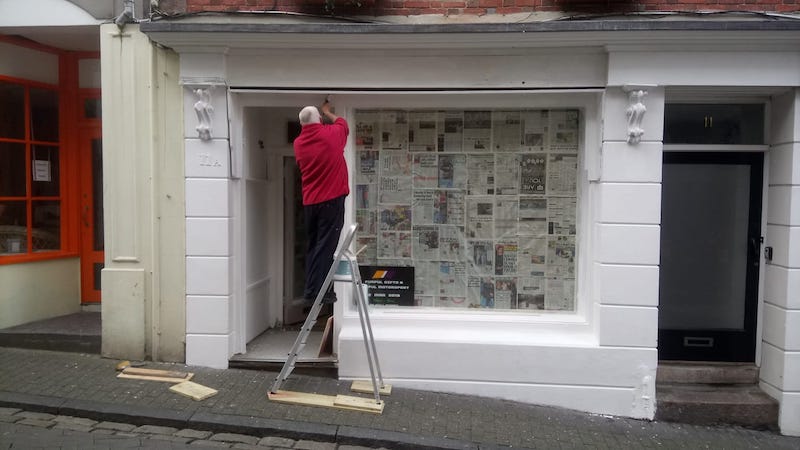 "I wanted to open a shop to get away from driving for a living. I have a passion for both music and motorsport. As it happens, there wasn’t really anywhere in the island that provided the leisure side of motorsport or automotive gifts so after chatting loosely to some friends in late 2018, I made some phone calls.  I just saved up what I could, I had a figure in mind I wanted in my bank account or to my name by the end of December 2018 and went from there.

"I started working in retail in my fathers shop (Sound City on The Bridge) from 1999 and following on into other local businesses. [With this] I was very lucky being a first time retailer and going alone with Martel Maides (now joined with Savills) in that they arranged most of the “donkey work” and I just met with Simon, my landlord, several times and then it was down to us to essentially “tie the bow”. 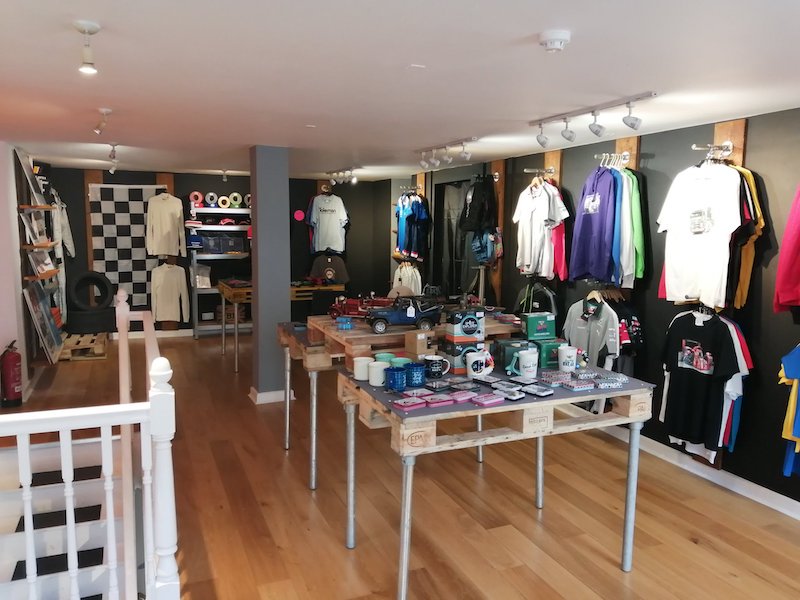 "The shop already had retail status so I didn’t have to jump through the red tape to change the use. There were a few legal things I had to do for Simon but other than that it was generally fairly simple – although wasn’t without some moments.

"I wasn’t originally keen on Mill Street – not because I didn’t like the area, but I was after somewhere in the main town – my thought was passing traffic as opposed to being slightly out of eye shot. But, by the time I had a vague business plan together the premises I was originally after had gone. I couldn’t justify jumping off the cliff and going in the main part of town for the costs involved for a start up business, so, a little bit of business head told me to start small and I felt that Mill Street was actually the ideal opportunity to start.

"It came as a bit of a shock, but not a surprise with the rumours, whilst I was refitting the shop it was announced that several main town shops were to close - HMV, Miss Selfridge and most recently, Beghins and the Press Shop. This made me slightly nervous but over the past few years I have grown to have a “keep moving forward” attitude and at the end of the day you never know until you do it - and I’m proud of what I have done so far," he said.

Dominic Watson who has a background in property management opened Rendezvous Cafe on the Bridge three years ago and built up a huge following with hundreds expressing their dismay this week at the news they are looking to sell.

Mr Watson explained that when the former Red Onion site became available it seemed like the perfect opportunity to expand into a different market given the popularity of the cafe at the Bridge which he credits as being down to finding the right chef.

"Originally I saw a gap in the market at the Bridge, we've now completely outgrown the shop. We're going to be doing something different, we'll focus on the bar and have an alcohol license.

"Rendezvous was my first time running a catering business, it was a spur of the moment thing but I think it really took off when we got a good chef in there. I think each individual starting out in business is unique, our situation is very different because we were able to buy the building. Running a shop is a hell of a lot of money.

"People are spending things on experiences and going out rather than on things they can buy online," he said. 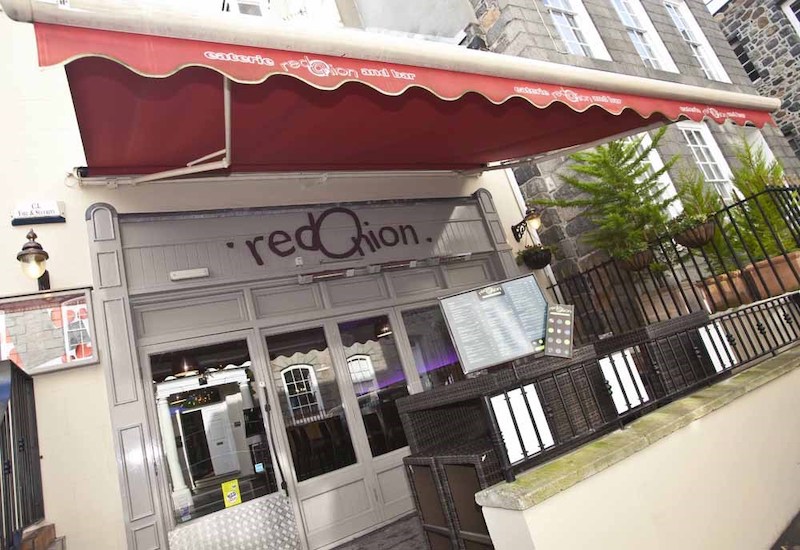 The new venture at the Red Onion site is yet to have a name but it will have a license up to 00:45. It is as yet unknown whether Rendezvous will stay with the current owners with a paired down menu or operate as usual but the site could be sold on to open as a new business.

Stephen Burgess and his partner are confident about the benefits of moving their bespoke children's clothing brand to Town and say the face-to-face experience is particularly important for handmade goods such as theirs.

"This building used to be Taylors clothes shop so we're going back to what this street was famous for. We're also aware of the some accessibility issues in the centre of Town, here we have the unloading bay and it's easier for mums with prams to come and visit the store. 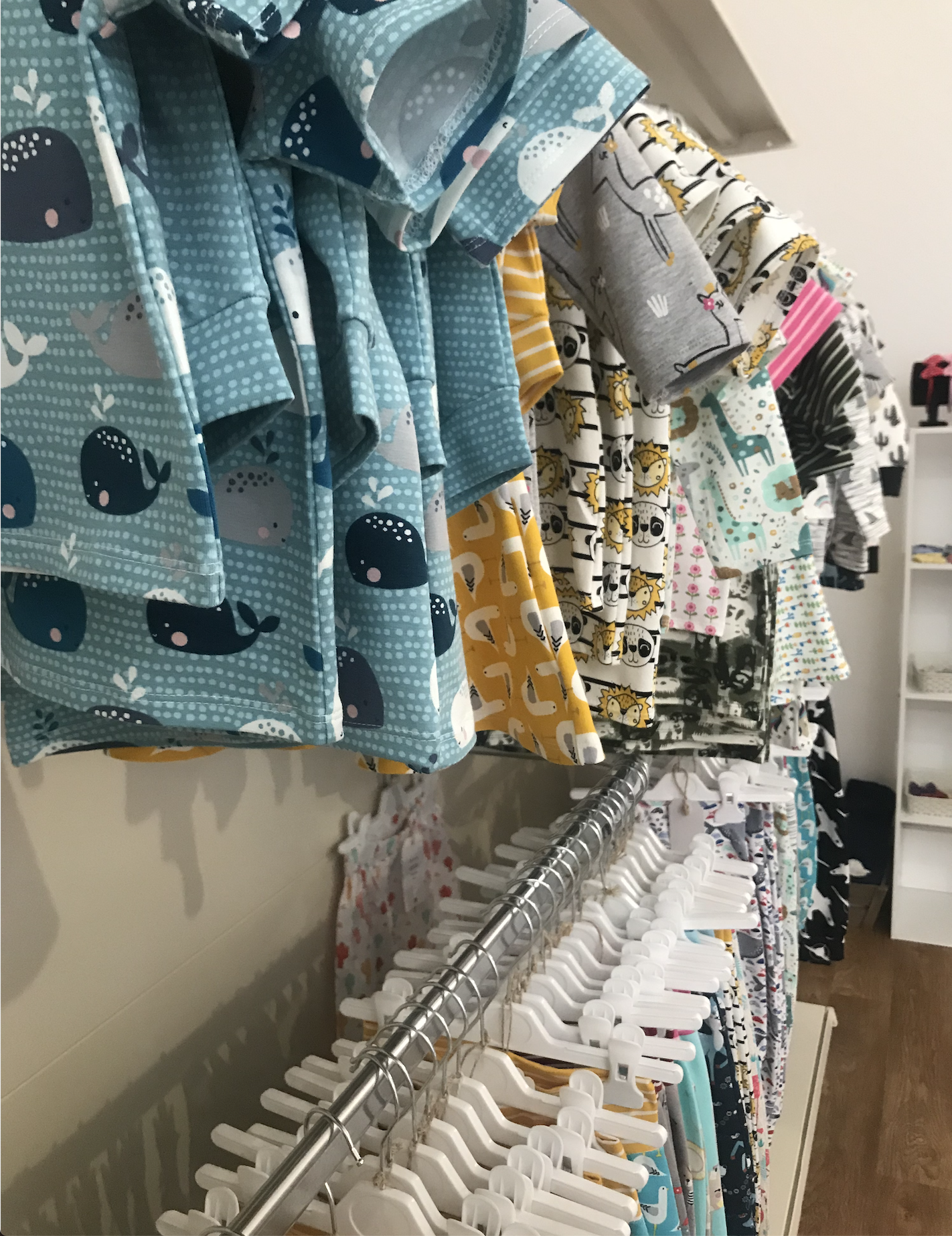 Pictured: Some of the hand made Craft House clothes.

"Because we make bespoke items in store it means we don't have to fill shelves with stock and wait until they're shifted, which is a business model that obviously doesn't work in the era of online shopping. For instance when it was nice weather last week we were able to knock out a few pairs of shorts for people to buy," he said.

The shop gained a large following with their facebook based shop where they worked from home for five years to produce the goods but found they outgrew that business model due to high demand. 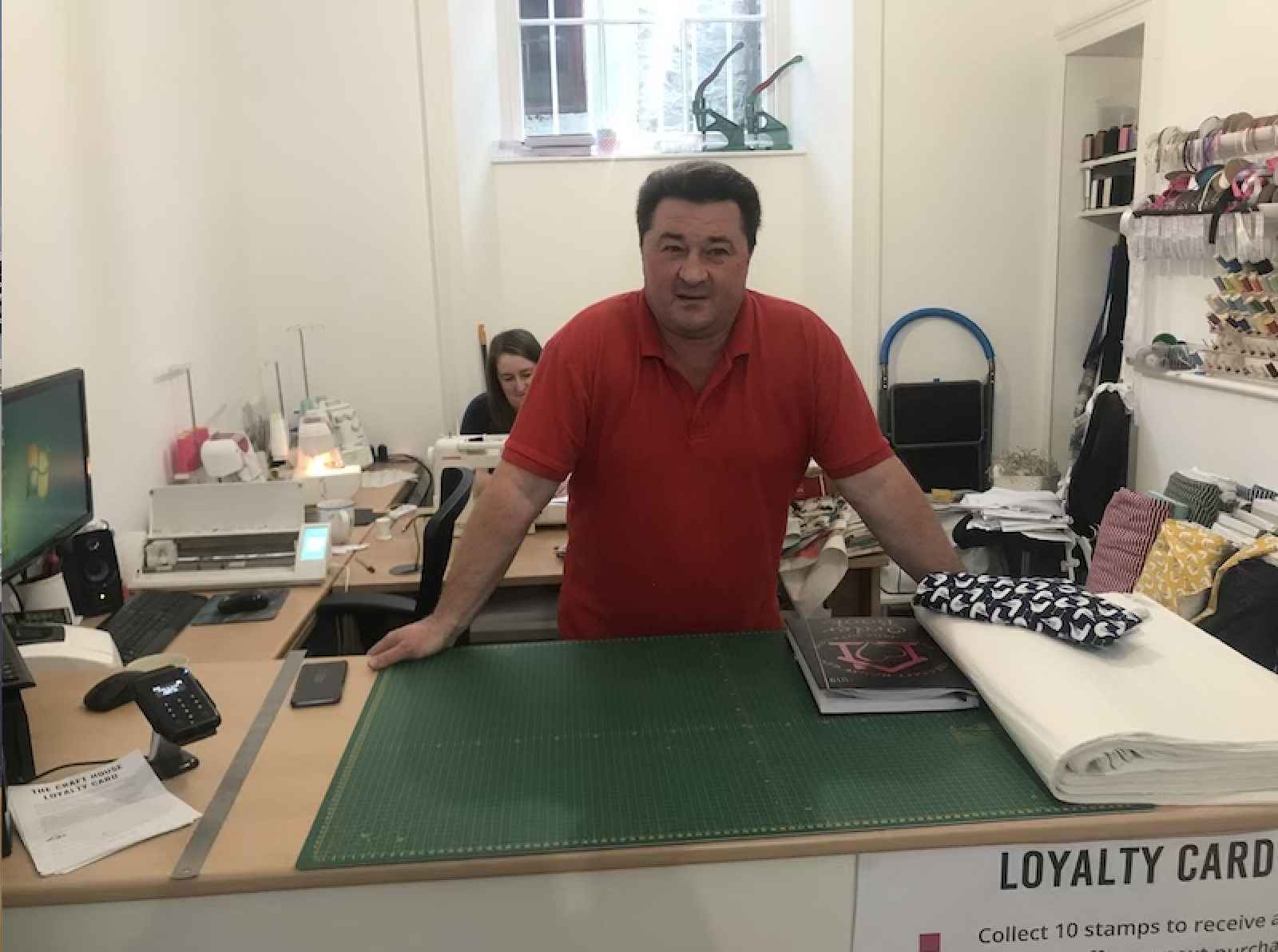 "If anything the only downside of having a shop front is that the clothes look so professionally made people might not think they can afford them but we actually keep the clothes competitively priced, people just have a skewed idea of what handmade means these days," he said.

The company makes t-shirts, onesies, leggings, bibs and more from high end fabrics some of which are hand printed.

"Being based in Town also means we can have a trade account which has many benefits and we've not had any trouble with the rent in this part of Town although I can see why people looking in the High Street might find that a stumbling block," he said.

Pictured above: Inside The Craft House on Fountain Street.