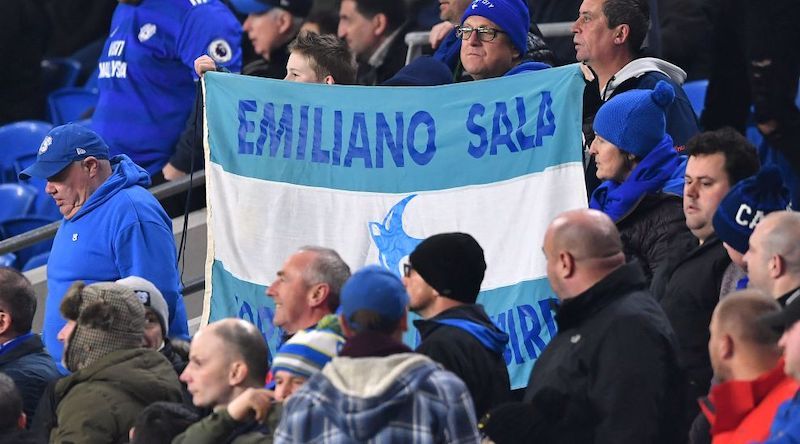 FC Nantes will sport a commemorative shirt at this weekend's match in memory of Emiliano Sala, one year on from his death.

The footballer died in January last year after a Piper Malibu plane, carrying him from France to the UK, went down off the coast of Alderney.

The 28-year-old had just signed to Cardiff from FC Nantes and was travelling to meet his new team mates.

Nantes plan to mark the anniversary of his death this weekend by wearing commemorative shirts, inspired by the Argentinian's home country, in their Ligue 1 game against Bourdeaux.

The French club is also selling the shirts and plans to send all proceeds to two clubs in Argentina where Sala began his career - Club San Martin de Progreso and Proyecto Crecer.

A minute's applause will take place before the match against Bordeaux - the club Nantes signed Sala from in July 2015 - to remember the Argentinian as well as another Nantes favourite, Phillipe Gondet.

Meanwhile, Cardiff and Nantes are still locked in a legal dispute over Sala's transfer fee.

The players’ status committee of world governing body FIFA ruled in September that Cardiff must pay Nantes the £5.3million first instalment of the fee. When the full written decision was published in November it was revealed Cardiff would face a three-window transfer ban if the money was not paid.

Cardiff have challenged the decision by FIFA, stating that the relevant paperwork was not complete at the time of the footballer's death.