The mystery of the disappearing bins... 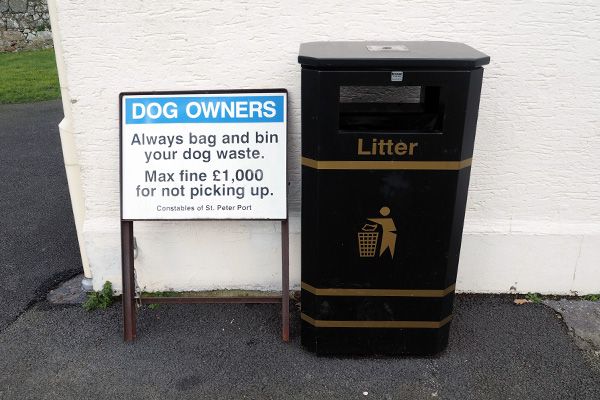 The mystery of the disappearing bins...

Following a number of queries about bins disappearing from Guernsey's coastal car parks and other locations, the States department responsible for them has said any that have been removed will be put back before the start of the busier summer months.

Agriculture, Countryside and Land Managements Services has told Express that some are removed during the winter months, when certain areas across the island are less busy.

In a statement we've been told this is standard practice and it is to do with the staff's cleansing schedule. Any that have been removed will be put back where they were early next month ahead of the time when our beaches and coastal areas tend to be busiest.

ACLMS said: "All coastal locations (beaches and coastal car parks) still have at least one litter bin or more depending on location. As per our cleansing schedule some extra bins have been taken away temporarily as there’s less demand in the low season.

"All the coastal litter bins will be back on site in early May in good time for the warm and sunny weather we’ll hopefully be enjoying this summer."

The concerns were first raised on social media with regular beach cleaners stating they had seen a reduction in the number of bins available to dispose of rubbish they had collected from the shoreline. 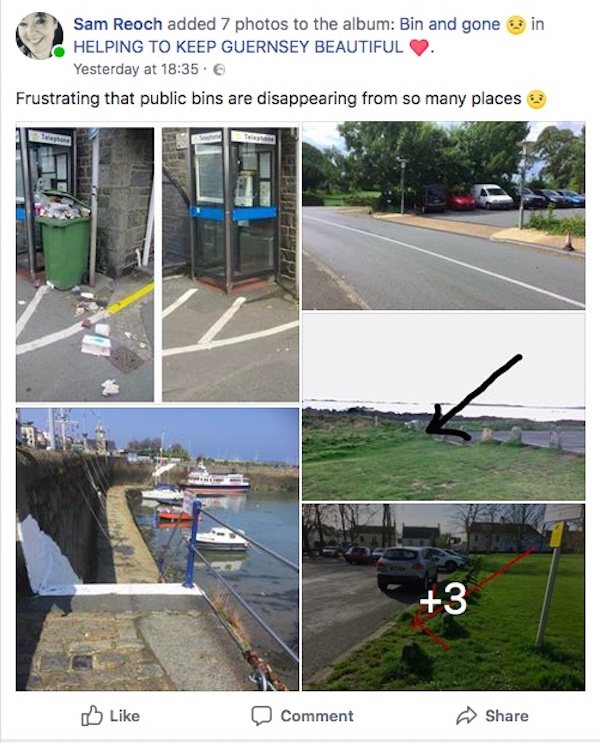 Sam Reoch, who co-ordinates the Facebook pages 'Found on the beach in Guernsey' and 'Helping to keep Guernsey beautiful' said that being a regular voluntary litter-picker on our roads, lanes and beaches she had originally started making an album of photographs of places where extra public bins were needed: "then I started noticing that some public bins were being removed which was disheartening. When I voiced my concerns I began receiving messages from other people giving me locations where they had noticed bins being removed too!

"These bins and more are needed all year round. You only have to look at the photo’s that we are posting on our Facebook groups and you’ll see just what we are dealing with! These bins, having been removed, just means that the litter is now ending up on the roads, lanes and on the beaches/in the sea!

"It looks terrible, it’s bad for wildlife, sea-life and for the environment and I can only imagine what the visitors think when they see rubbish everywhere. We also need monitoring of the public bins wherever possible as fly-tipping is another issue that we are seeing and is sure to get worse if and when any refuse charges are set in place."

Pictured: The location of a missing bin at the Fairy Ring

Heaps of rubbish strewn across the Pleinmont Headland