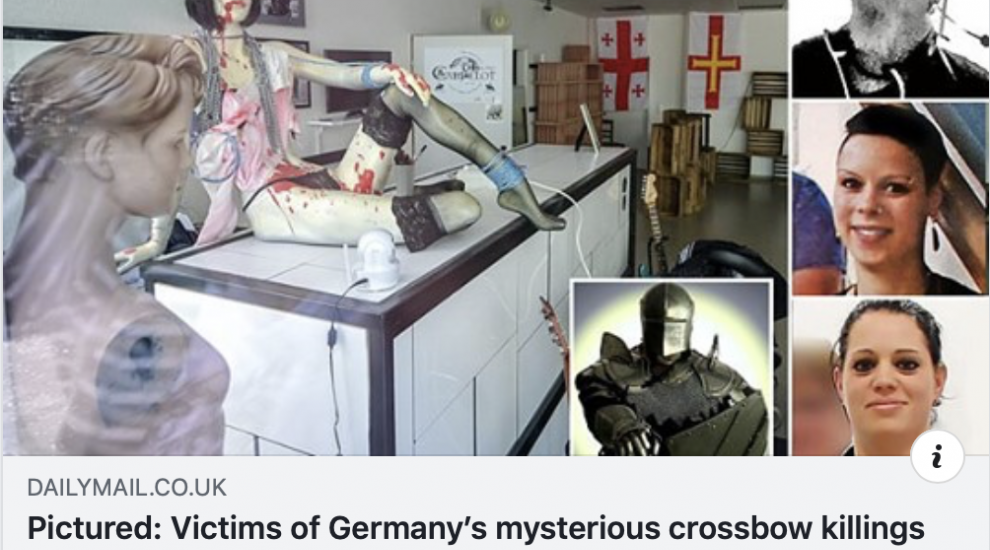 One clue in the mysterious case of a five-person crossbow murder suicide pact in Germany appeared to be a Guernsey flag hanging in their "bizarre" shop.

Central to the crimes which took place 400 miles away from each other on either end of Germany was a shop in the town of Westerwald belonging to two of the victims.

The first three bodies involved in the apparent murder/suicide pact involving five Medieval history enthusiasts in Germany were found on Friday. Farina Caspari, 33, Torsten Weiss, 53, and his partner Kersten Enders, 35, were found dead in a Bavarian guesthouse. The couple were found holding hands with a bolt shot through the heart and head, the third woman appeared to have shot herself with a crossbow in the throat.

Two more bodies - that of Caspari's partner and flatmate - were found in an apartment on Monday 400 miles away from the guesthouse, their cause of death is as yet unknown to the public.

Media coverage of the case which has gripped Germany shows images of Torsten Weiss' "bizarre" Medieval themed shop in Westerwald, and on the far wall appears to be a Guernsey flag. 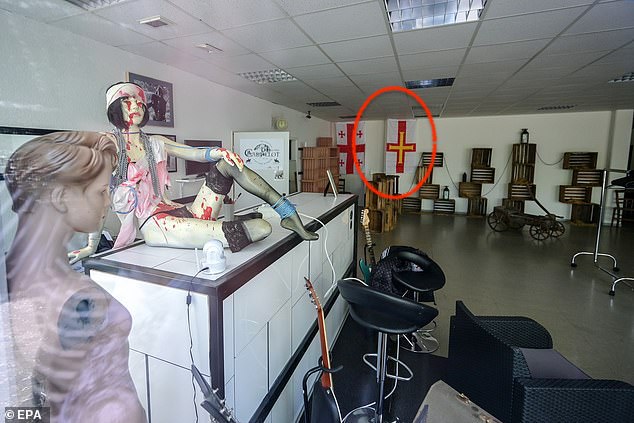 Pictured: The "Guernsey" flag circled in the background of a picture from the Daily Mail on the crossbow murders.

According to the Daily Mail, the shop sells mead and offers sword fighting classes but little else.

There does not appear to be any link between the victims and Guernsey, and it would appear that the island flag was bought unintentionally, as it is described in several shops online as a medieval crusaders flag.

It is described as being "accented with the gold cross of Jerusalem".

The Guernsey flag as we know it was designed in 1985. The Gold Cross of William was added to the original flag - the St George's Cross - in part to avoid confusion with English teams at the Commonwealth Games.

"Essentially (I would say) the amalgam of the Cross of St George allied with the Norman cross within aligns if with one Crusader flag - there were very many over the number of decades that the Crusader nations were present in the Middle East.

"It is not exactly a coincidence more an indirect linking - Guernsey's flag was not chosen for any deliberate links to the Crusades," he said.

"The Guernsey flag was not just adopted but designed in 85, it was never used in the Medieval era though I have seen some websites selling it (incorrectly) as such. It does look somewhat similar to one branch of the templars who had a white cross in the center of the red one.

"All history has a way of affecting us now. Pleasant or not."