Muratti: Eyes on the ultimate goal 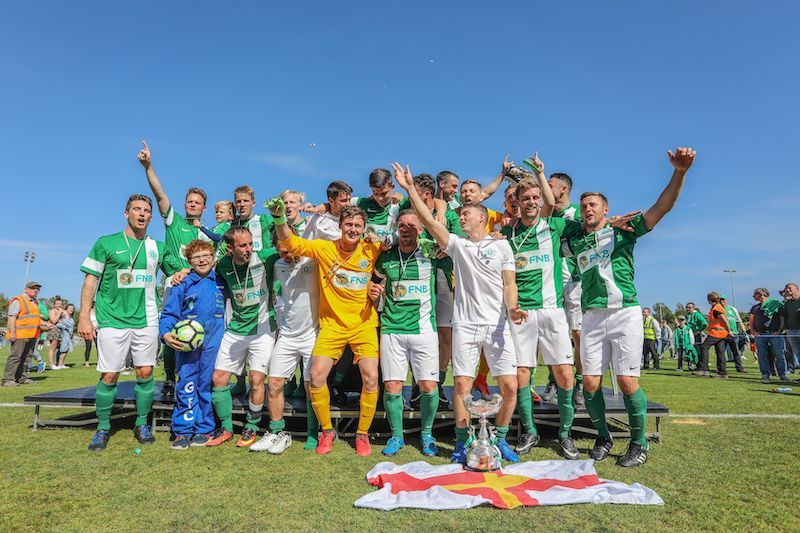 Muratti: Eyes on the ultimate goal

Today will see the 103rd Muratti final being played at Footes Lane. The Greens will look to regain the trophy after falling 1-0 to Jersey at Springfield last year.

It will be a particularly special game for Guernsey this year, as it commemorates Guernsey Football Association’s 125th anniversary year.

One of the players in Guernsey’s 20-man squad is GFC’s Matt Loaring, who is one of the side’s more experienced players, having been involved in seven previous Murattis.

He’s only started in three Murattis though, and the 28-year-old does not yet know whether he will make the starting line-up on Saturday, as coach Chris Tardiff has not given anything away yet regarding team selection: “We’ve had a couple of training games and they [the coaches] have not given much away so far. We’ll see, we’ve got a lot of good players. I’d be happy to have any part of it really and just want us to win it; that’s all I want.” 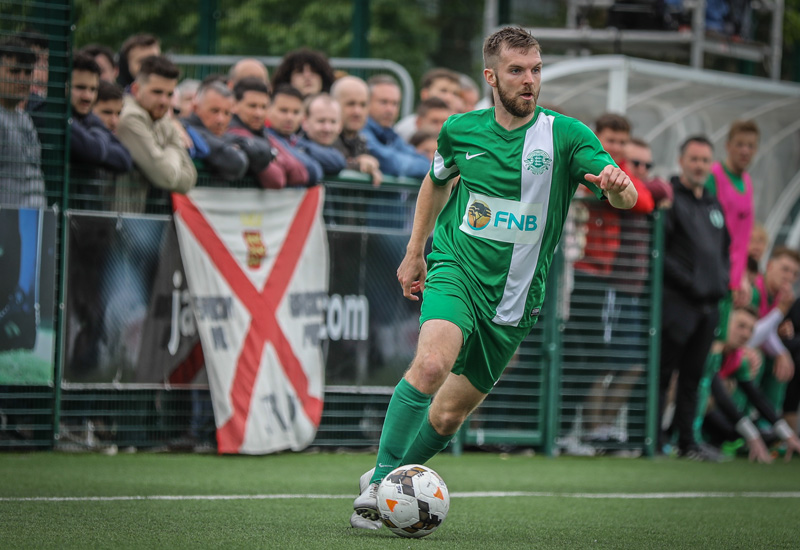 Matt Loaring at the 2018 Muratti. Image by Andy Dovey.

“From memory, Charlton [Gauvain] came off the bench last year and was actually really good in the game that we lost. I imagine he’s going to have a huge part to play this year and he’s been fantastic for GFC as well. Thomas Dodds is involved as well his year and I think he’ll do really well. Then two players that wouldn’t have played in the muratti before – Carlos Canha and Frank Tobin – they’re both going to make a massive difference for us too. So, I think we’ve got experience there but there’s new blood as well. Hopefully it’s going to gel really well and allow us to get a positive result.”

On a wider front, the Green Lions ended this season three points above Greenwich Borough, who had three points deducted from them in the final month due to fielding an ineligible player. Thanks to the draw with Sittingbourne, the three-point deduction was irrelevant in the end as GFC had a much better goal difference.

Then the last time Guernsey won the Muratti was when it was last played on home soil in 2017. Jersey have the upper hand overall, having won the final 54 times compared to Guernsey’s total of 46.