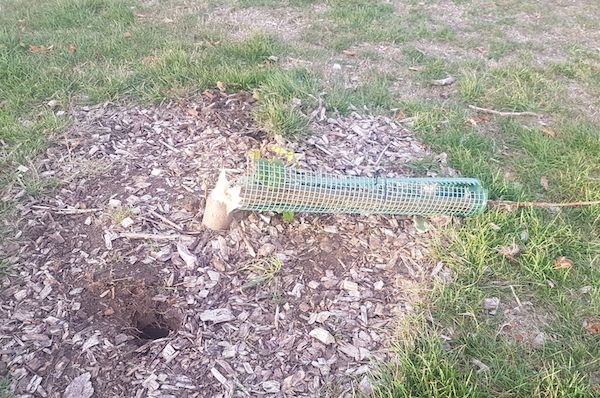 Over the weekend some more young saplings were damaged - with the trees cut or knocked over at the very bottom of their trunks in some cases.

Guernsey Police said 11 in total were damaged, with some near the Pavillion where some other young trees were damaged earlier this year in another case of vandalism.

The young man who carried out that criminal damage admitted the charge before the island's Magistrate's Court in September.

On this occasion, Guernsey Police said the trees were damaged at Delancey Park between about 07:00 on Saturday 29 September and around 06:45 on Sunday 30. 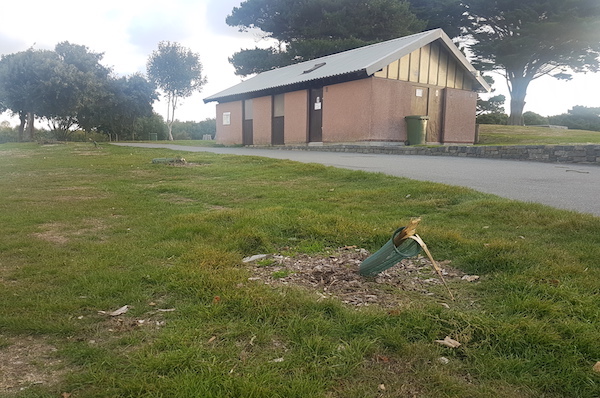 Pictured: Some of the latest trees to be damaged in what's been described as "mindless destruction" at Delancey Park.

The St Sampson's Constables put out a statement this morning saying how sad they were by the latest vandalism at the park. They said it is being taken seriously, was immediately reported to the police once it had been discovered and they will be taking action to reduce the risks of such "mindless acts" happening again.

St Sampson's Constable Paul Watts was the first to discover the damage on Sunday morning and called the police. He said the parish Douzaine will be discussing what to do next

He would like to see the trees replaced but said that comes at a cost and that needs to be balanced against the risk of any trees being damaged again in the future.

Pictured top: Some of the trees damaged at Delancey Park have been cut, or knocked over, at the bottom of their trunks.