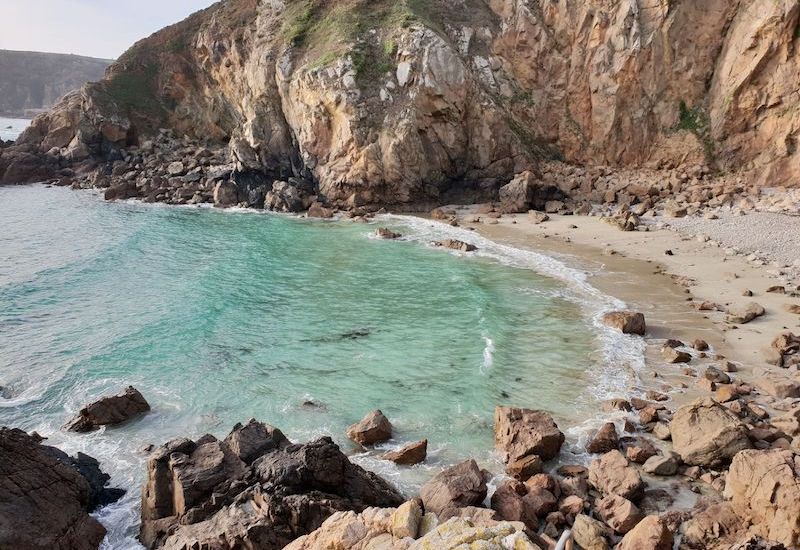 Reports of a 'waxy substance' on Le Jaonnet beach have been received, furthering concerns that palm oil may be washing up on Guernsey beaches.

The news follows similar reports of the substance being found on Cobo earlier this week.

The Agriculture, Countryside and Land Management Services are advising dog owners in particular to keep their pets away from the substance, as if it is palm oil, it can make dogs very ill if ingested.

Members of the public who find such substances are asked not to attempt to remove it, but to instead contact ACLMS via aclms@gov.gg. If you have already picked it up, you are advised to double wrap it in plastic, and dispose of it in your normal refuse.

The ACLMS is working alongside States Works to clear the substance as quickly as possible from locations where it has been found.

CLICK HERE to read more about previous reports of an unknown substance washing up on Bailiwick shores.

Pictured top: The substance has been washing up at various locations, including Le Jaonnet beach.

Charity picks up the initiative with Boxing Day beach clean

Unknown substance washes up on Cobo