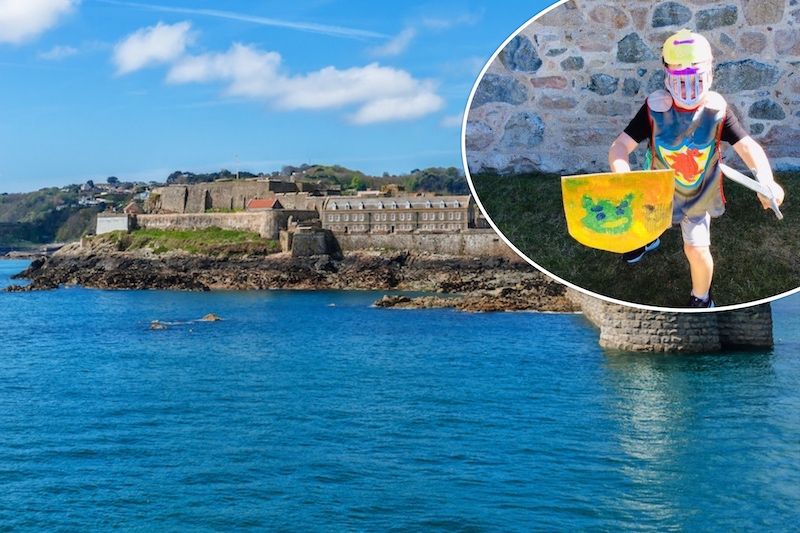 Castle Cornet’s summer season may have been shortened, but there are still many activities to come, with the continuation of the 'medieval' theme and the return of Twilight Cinema this evening.

Many activities have been held on the castle grounds as part of the Bailiwick Staycation campaign, including trails, crafts, storytelling, historical attractions and special guests. But there is more yet to come, starting with the return of Twilight Cinema.

From today until 31 August, a series of 10 films will be shown on the top lawn of the castle, including Emma, 1917, Les Miserables and Sea Donkey, a documentary about Guernsey’s own Adrian Sarchet.

The  ‘themed weeks’ will also continue for children to learn more about various subjects. The current ‘Medieval Life’ theme will continue until the end of the week with a collection of medieval weapons, an interactive history show and live music from Ad-Hoc, an Early Music group.

The final theme will be ‘Wild Castle,’ from 27 August to 30 August, which will include storytelling with the Guille-Alles Library and a tour of the Castle’s gardens. After this, on 6 September, Castle Cornet will be closed other than for special events, such as for the Air Display on 10 September and Remembrance Sunday.

Twilight Cinema will return to the top lawn at @CastleCornetGSY in August and will feature a series of films which will be shown outdoors on the big screen.

Castle Gates open at 6pm with all films starting at 7pm.

ESC President Matt Fallaize has been delighted by the success of the Castle’s summer line-up, including the KPMG Castle Nights, which have attracted over 6,000 attendees. “We hope that many more people will take the opportunity to visit before the end of the school holidays,” he said.

“We also have an exciting programme of events during the autumn season at the Guernsey Museum at Candie.” From September 7, the Candie Museum will return to a seven-day-a-week opening.

Currently the museum is hosting two exhibits: 'A Journey into the Hidden Natural World' and 'Brush Marks Heaven & Earth'. They will be on display until 27 September.

Beginning Friday 9 October, the museum will host a Voice-Vouaie exhibition, a project which aims to record people who grew up with Guernesiais.