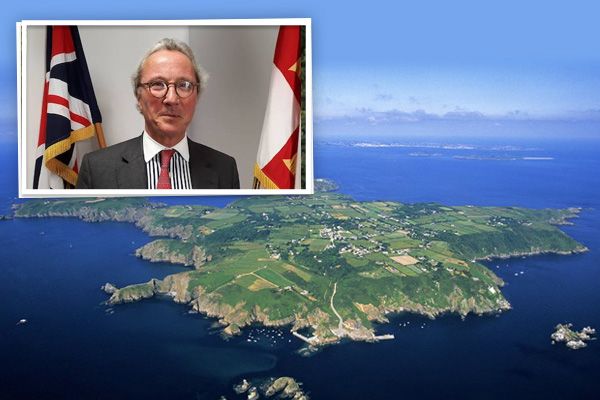 As part of a three day visit to the Bailiwick, Lord Keen, the Minister with responsibility for Crown Dependancies visited Sark yesterday.

Lord Keen met with politicians and influencers in Sark during an evening event, which was open to everyone who wanted to meet the Minister and talk about issues that are unique to the island.

The Seigneur, Major Christopher Beaumont said he was delighted to welcome the Minister of State for Justice Lord Keen QC on his first visit to the Island to meet with the Conseillers of Chief Pleas as well as the wider community of Sark.

Major Beaumont said: "There is an important relationship between Chief Pleas and the UK Government and more generally between Sark and the British Crown."

Conseiller Stephen Taylor, Chairman of the Policy and Performance Committee said: “We are very pleased that Lord Keen is visiting Sark as Minister responsible for the Crown Dependencies and that he is accompanied by His Excellency the Lieutenant-Governor Vice Admiral Sir Ian Corder.  This visit provides an opportunity for the Minister to learn about developments since Sir Oliver Heald’s visit in 2017, in particular highlighting progress made in securing Sark’s future."

The Minister attended a vin d’honneurin the Island Hall, which was open to all islanders, as well as meeting with the business community.

The Minister also visited Guernsey and Alderney this week, with further details on his aims here.