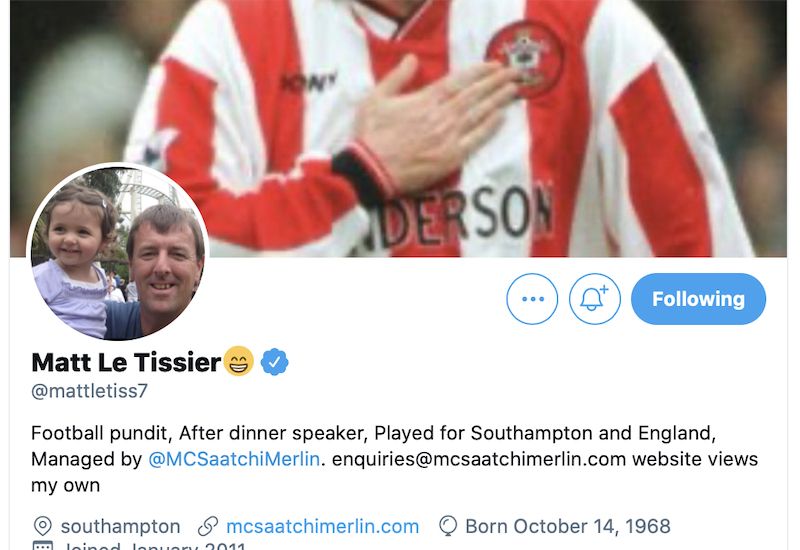 In recent months, Mr Le Tissier has come to be known for his non-mainstream views on Covid-19 and lockdown. His recent forays onto Twitter, however, appear to link the death this week of Tanzania President John Magufuli with the Microsoft billionaire Bill Gates.

Mr Magufuli, 61, was an ardent and very vocal anti-vaxxer. He was last seen in public on 27 February, and rumours had been circulating about his health. Although the country’s Prime Minister insisted he was “healthy and working hard”, on Wednesday the vice-president announced that he had died. Official reports state it was from heart complications.

When Covid-19 hit Tanzania, Mr Magufuli called on people to pray and said: “Coronavirus, which is a devil, cannot survive in the body of Christ... It will burn instantly.” In June 2020 he declared the country Covid-19-free and said that the virus had been wiped out by three days of national prayer.

However, Mr Magufuli’s stance had many critics, and in February an op-ed comment piece appeared in the Guardian newspaper entitled: “It's time for Africa to rein in Tanzania's anti-vaxxer president”.

Pictured: Matt Le Tissier's tweet which highlights the sponsor of the Guardian article, and ponders where the death of President Magufuli shortly afterwards is "just a coincidence".

The article included such views as: “In his crusade as an anti-vaxxer president, he has gone from repeatedly playing down the virus and mocking World Health Organization guidance to falsely claiming that Tanzania is Covid-free, and now to outrightly attacking his people for being vaccinated, fuelling denialism and conspiracies.”

That article was part of a series sponsored by the Bill and Melinda Gates Foundation, the world’s largest private foundation, with nearly $47billion in assets.

Mr Le Tissier tweeted a screengrab of that Guardian article, with the comment: “And a couple of weeks later he’s dead. These coincidences are quite amazing but of course that’s just what they are, coincidences. The sponsors of the article you ask, nah just another coincidence.”

Mr Le Tissier has since disabled replies to that tweet, leaving followers scratching their heads. 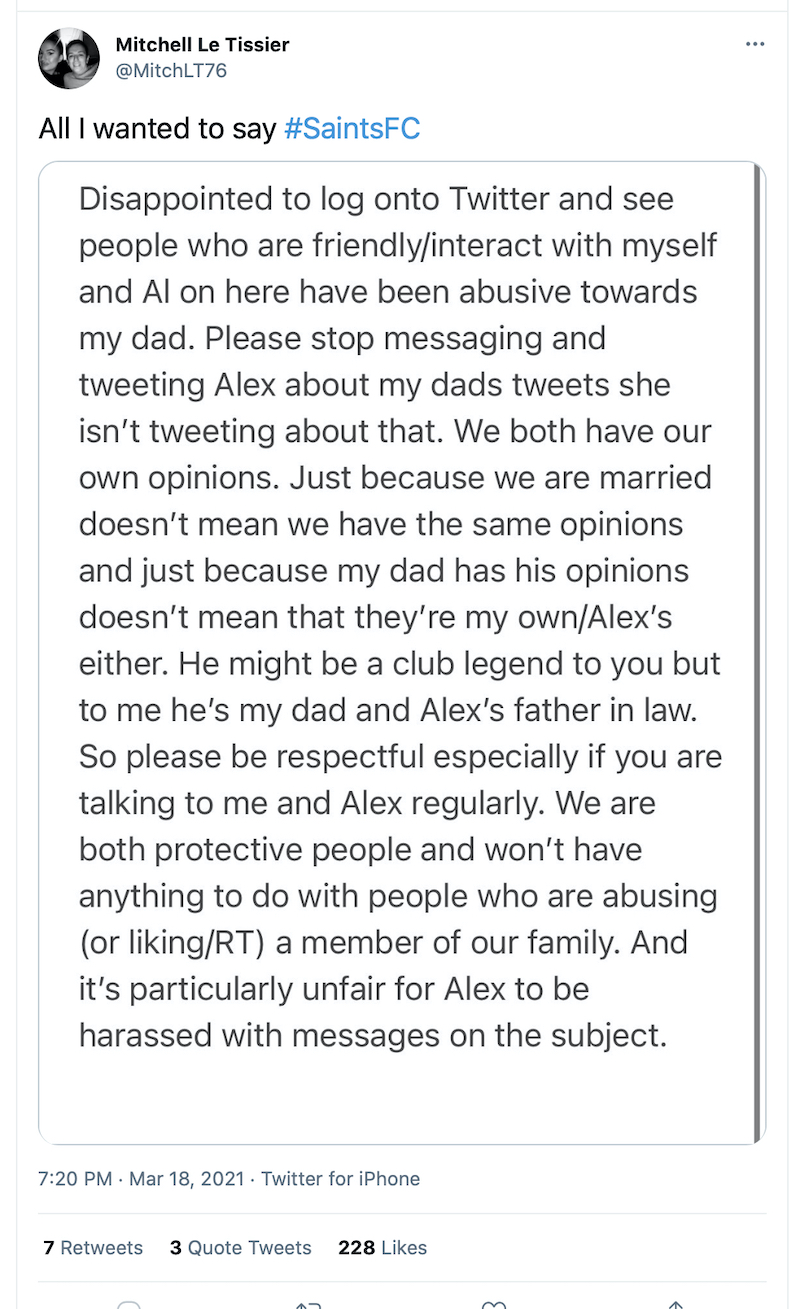 Pictured: Mitchell Le Tissier's tweet calling for an end to the online abuse he and his wife had been receiving.

Following the tweet, Mr Le Tissier’s son Mitchell tweeted a reply calling for people to stop being abusive towards him and his wife.

“Just because we are married doesn’t mean we have the same opinions and just because my dad has his opinions doesn’t mean that they’re my own/Alex’s either. He might be a club legend to you but to me he’s my dad...”