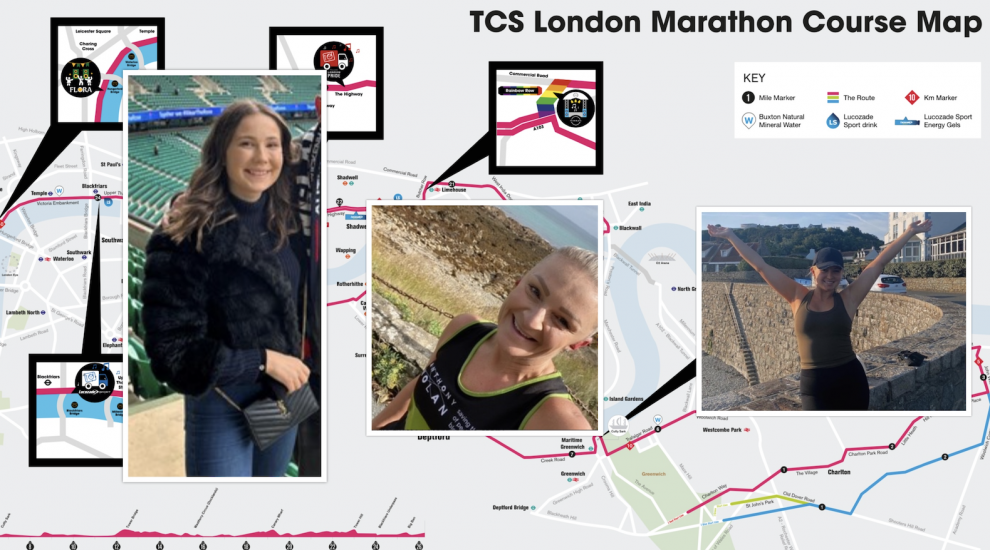 A number of people from across the Bailiwick will be lacing up their trainers and taking on the London Marathon this weekend.

With the iconic race affected by the covid pandemic during 2020 and 2021, this year's race is being held tomorrow, 2 October, before it reverts to its usual Spring schedule next year.

Of the local athletes taking part in the 26.2 mile run are three women who have each told Express of their individual reasons for running for a charity close to their hearts.

Among them is Kate Walford from Guernsey who will tomorrow run her fourth London Marathon. 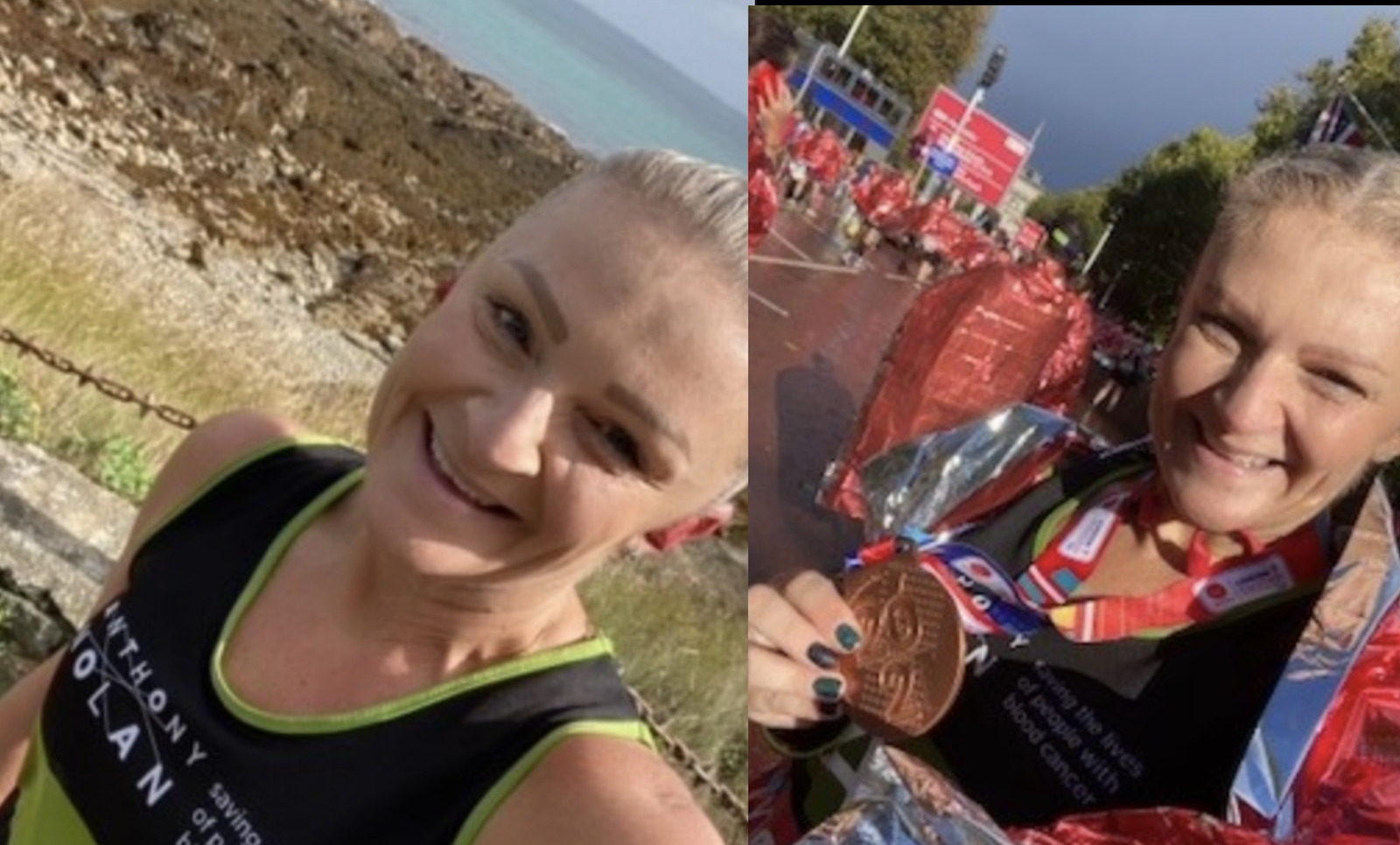 This time she will be thinking of her late friend, Mark Fallaize, as she is running to raise money for the Anthony Nolan charity which helps people suffering from blood cancers.

Mr Fallaize died in 2018 and since then his friend, Ms Walford has run the London Marathon twice, as well as a virtual London Marathon, and the Manchester Marathon and the Great North Run. She has raised approximately £19,000 in total for the blood cancer charity in that time.

“I’m extremely grateful for the support from my family, friends, and the generous Guernsey public by giving up their time to help with bucket shakes, attending fundraising events like quizzes and afternoon teas, as well as donating," she said.

"The lifesaving work that Anthony Nolan does is so close to my heart and I know Mark would be so happy to know that we are continuing the fundraising he started four years ago to help save lives. He’ll be with me every step of the way on race day. ” 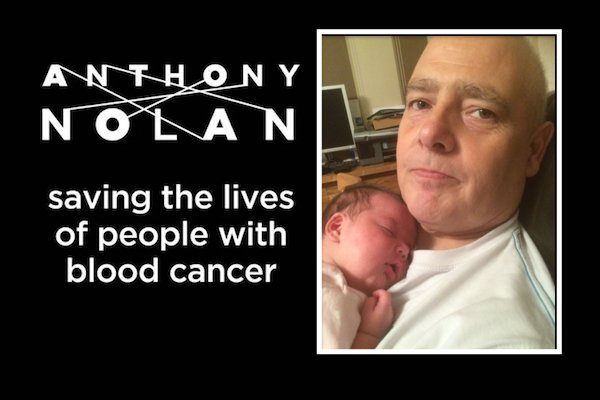 Pictured: Guernsey postman Mark Fallaize was helped during his illness by the Anthony Nolan charity.

Liz Mills is running the London Marathon tomorrow to raise funds for the Guernsey MS Society, and she'll be thinking of her "incredible Dad" as she makes her way around the 26.2 mile course.

She said: "My dad is my role model, inspiration and best friend. We have had some truly dark times as a result of this cruel disease, and I know for a fact that it will rob us of the time which we have together.

"Being diagnosed in his early 20’s, this disease has taken so much from his life experiences, but for my dad, he has not let that stop him achieving his goals or dampen his outlook on life.

"I am very proud to be running for the Guernsey MS Society and the local support I have received from local business’ has been so wonderful."

MS is described as "an unpredictable and incurable condition that affects people's nervous systems". It can attack suddenly or progress steadily, bringing a range of symptoms which can include sight loss, fatigue and mobility problems.

The MS Society funds research into the causes of MS and possible treatments and provides a helpline service. 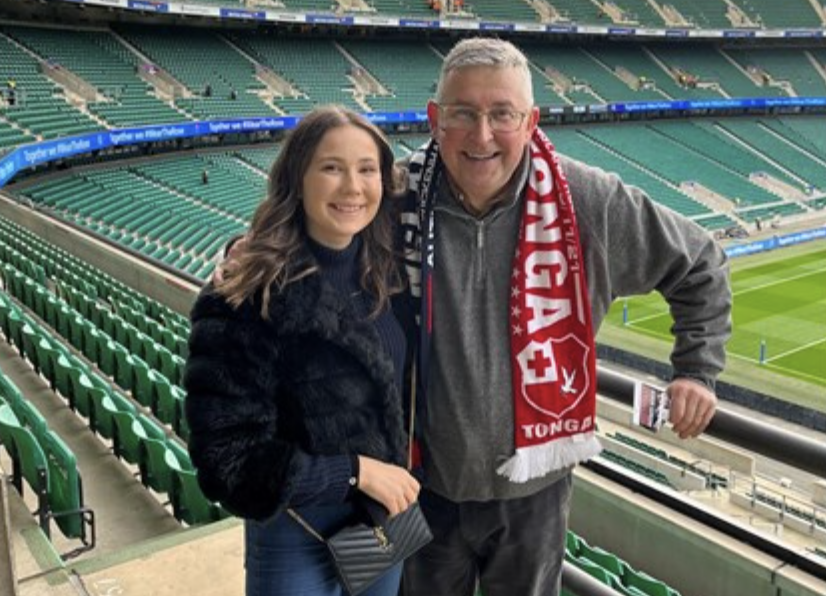 Danielle De Kock will be running for her grandmother this weekend, after raising funds for Parkinsons UK.

She said the “knew little” about the degenerative brain disorder when her grandmother, Rita was diagnosed in 2012.

“I saw my grandmother lose the ability to walk, talk and even eat. She was under full time care and had become a shadow of herself. It was awful to see such a strong, caring lady suffer through such a horrid disease,” said Miss De Kock. 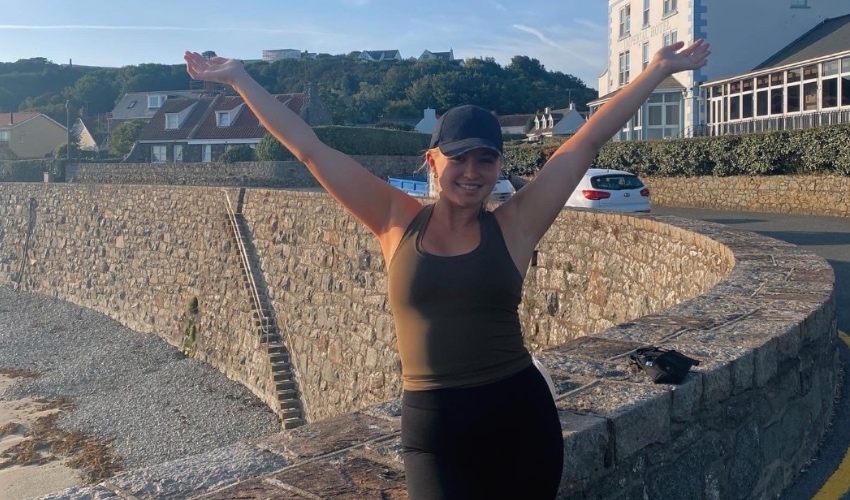 Pictured: Danielle De Kock has been training for the London Marathon since April and now runs an average of 40km per week.

Miss De Kock continued: “Due to being diagnosed late in life, my grandmother deteriorated quickly and, unfortunately, passed away in March 2020 after an eight-year battle. This doesn’t have to be the case for everyone; if diagnosed early, many people go on to live long, healthy lives.”

Miss De Kock said she was passionate about raising awareness of the disease and supporting the work of Parkinson’s UK.

“I wanted to take on a challenge and the London Marathon is certainly going to be one; I couldn’t run for five minutes when I applied to enter,” she said. 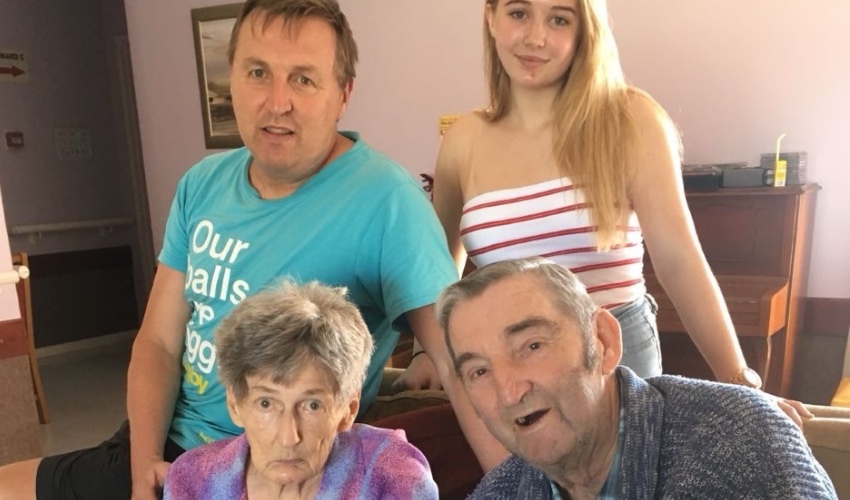 Pictured: Miss De Kock with her grandparents and father, Niel.

Miss De Kock has set a fundraising target of £2,100 and has been fundraising, as well as training all year.

“I would like to thank everyone who has donated so far and would greatly appreciate any other donations to help me reach my target,” she said.

You can donate to Miss De Kock’s fundraising efforts HERE

You can donate to Miss Mills' fundraising efforts HERE.

You can donate to Miss Walford's fundraising efforts HERE

The Evolution Group ‘Wears It Pink’ for Breast Cancer Now