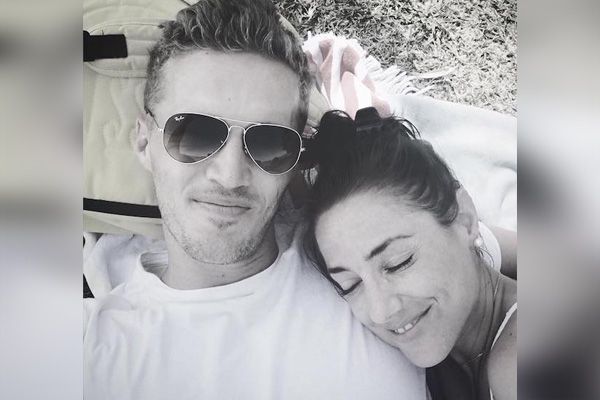 A man, with family links to Guernsey, is embarking on a marathon challenge today to raise funds in memory of his wife, who died last year following a short battle against an aggressive form of cancer.

Jake Coates has been training to run ten marathons; starting in Northumberland today, before finishing with the iconic London Marathon, to raise funds for the ‘Emmy Coates Thyroid Research Fund’ which was set up after her death in June 2017. 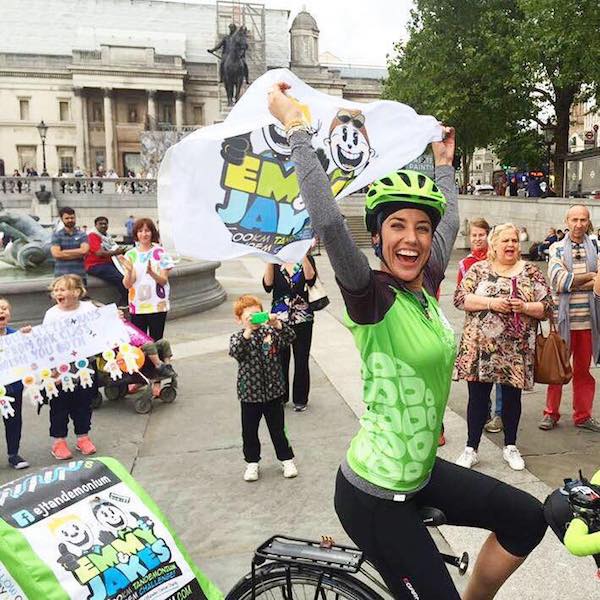 Mr and Mrs Coates were married for less than a year when she died in June 2017. The couple had gathered a large social media following through her blog and their joint fundraising efforts as Mrs Coates battled her illness.

Together, Mr and Mrs Coates, cycled from London to Copenhagen on a tandem bike  raising hundreds of thousands of pounds before her death. Following his wife's passing, Mr Coates was nominated for, and won, a Pride of Britain Award as ITV Fundraiser of the Year.

The couple had raised over £142,000 for the Royal Marsden Cancer Charity by the time the awards were announced in November, 2017, and that has already climbed to more than £154,000. 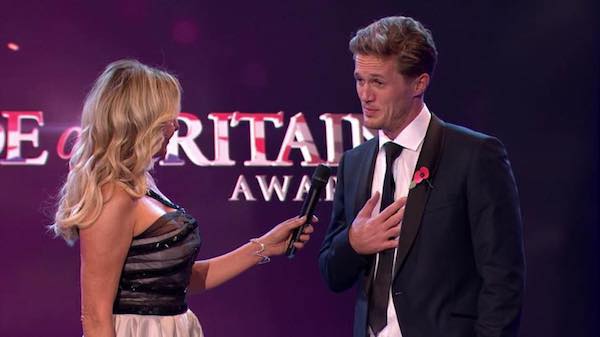 Pictured: Jake Coates with Carol Vorderman at the 2017 Pride of Britain Awards

Mr Coates is continuing his fundraising, with his ten marathon challenge which gets underway this weekend. He has pledged to cover 3,000 miles during 2018 and that will include the Marsden March, which is a charity walk covering 14 or five miles in aid of the Royal Marsden Hospital, in March 2018.

As well as that, the ten marathons Mr Coates is planning to run are:

"I am doing all this to raise money for the wonderful institution that is The Royal Marsden Hospital. They looked after my beautiful wife when she was diagnosed with incurable cancer from March 2016 until she passed away in June 2017. Fundraising for them feels almost inadequate after everything they did for us and continue to do for me now but I feel it is the very least i can do.

"Anyone wanting to read more about Emmy's story can do so by visiting mollivers.com. But in short she was the bravest, kindest and most inspiring and beautiful girl that you could ever hope to meet and it is with the greatest honour that I continue to raise money in her loving memory and for the incredible hospital that looked after her."

Mr Coates has also been keeping followers updated on his training efforts through his social media channels, as he aims to raise more money for the hospital which treated his wife:

Mr Coates has family links to Guernsey through his father and brother who are business men based in the island.

All images and social media content taken from The Emmy 'smile, love and be kind' Facebook page

Alzheimers Association will get Swimarathon support