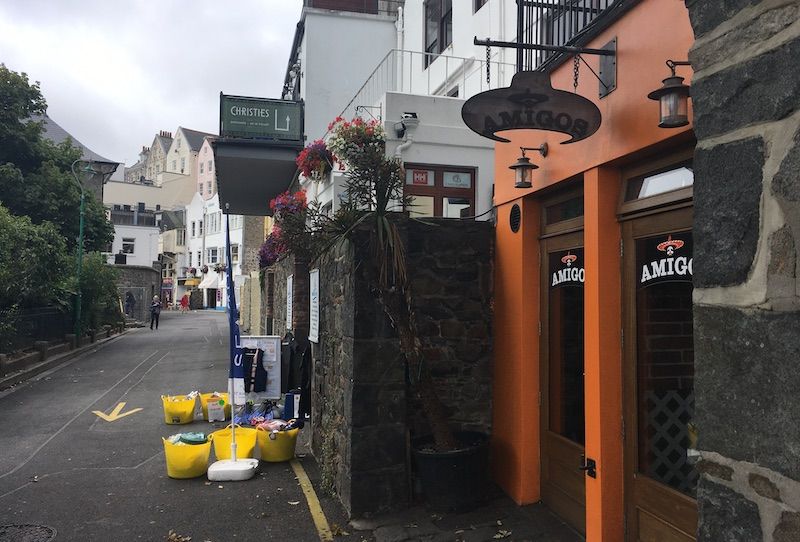 Police are appealing for witnesses to any incident in which a man is reported to have pushed over then kicked a woman outside a bar in the North Plantation.

Guernsey Police has made a call for information in its attempts to track down the man responsible.

The assault happened at around 00:00 on Sunday 12 July outside Amigos in the North Plantation.

Police say a woman dressed in full denim was pushed over and kicked by a man described as wearing a red t-shirt.

There were believed to be many people in the area at the time and police are appealing for anyone witnessed the incident to contact PC 142 Hewlett on 725111 or alternatively contact Crimestoppers anonymously on 0800 555 111.

Pictured top: Outside Amigos in the North Plantation.

Skoda damaged in hit and run