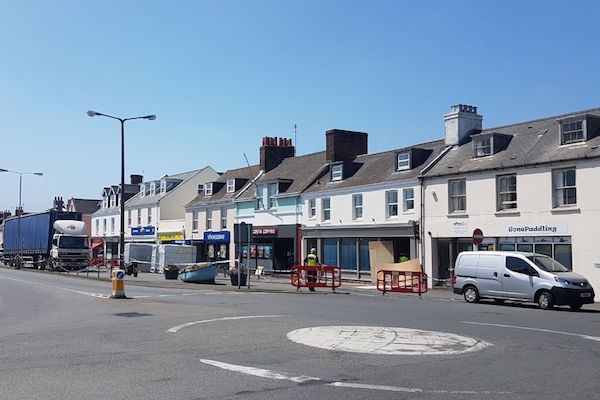 The man who was critically injured in an industrial accident in Guernsey has died.

50-year-old Barry Challen was from the UK but was working in Guernsey when he was involved in the accident on Sunday 20 May.

In a statement released on Friday 25 May, Guernsey Police confirmed he had passed away.

"Guernsey Police can confirm that the man who was injured in an industrial accident on the Bridge on Sunday 20 May has passed away.

"Barry Challen, 50, who was from the UK died in hospital yesterday. Guernsey Police will continue to support the Health and Safety Executive with their investigations and will assist with the ongoing coronial enquiries in the UK. An inquest into the death of Mr Challen will be held in due course."

Mr Challen was initially treated at the ITU at the Princess Elizabeth Hospital in Guernsey before being flown on a 'medivac' to the UK on Wednesday 23 May. Flowers had been placed at the scene of the accident, before he was flown back to the UK.

The ongoing investigations are now being carried out by Guernsey's Health and Safety Executive. In a statement the HSE said:

"Our investigations are ongoing into the industrial accident that occurred at a location on the Bridge on Sunday 20 May. We cannot comment further at this stage."

Pictured: The scene of the industrial accident at the Bridge on Sunday 20 May