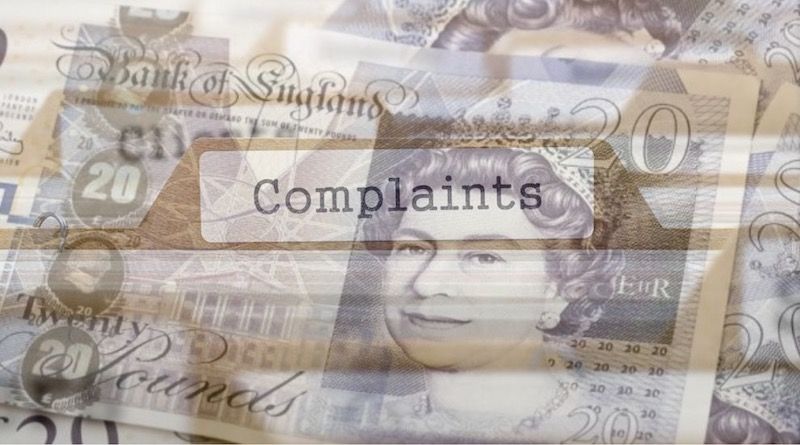 Consumer complaints against financial services providers about debt repayments and insurance claims are expected to rise significantly as a result of the pandemic, according to the Channel Islands Finance Ombudsman.

The CIFO’s board and management received an increase in complaints of 5% in 2020, with a total of 409 complaints relating to 139 financial service providers.

This was despite the number of complaints being significantly down on previous years during the height of the pandemic restrictions. During the final quarter of 2020, the number reached its highest level since the creation of the CIFO in 2015.

Two thirds of the case files (74%) were successfully resolved through informal mediation rather than a formal binding ombudsman decision, with a majority of the cases (57%) resolved in favour of the complainants, 10% more than in the previous year.

Throughout the year, the CIFO received a “notable” number of enquiries and complaints related to business interruption insurance claims arising as a result of the covid-19 pandemic.

“Many financial consumers and microenterprises faced significant financial distress due to restrictions imposed and economic impacts arising from the covid-19 emergency.

"Not surprisingly, this gave rise to some customer complaints. While the nature of complaints in 2020 was largely similar to those we expect to see in more normal times, the combination of social restrictions and economic stress clearly created heightened levels of anxiety and, in some cases, made it more logistically challenging to register a complaint with financial services providers.”

In its annual report, the CIFO noted future decisions in such cases will be informed by a decision from the UK Supreme Court, who disagreed with insurers who had refused to cover such claims.

They have issued guidance for business interruption insurance policyholders suggesting how they should bring a claim forward and what to do if the answer from their insurance company is not satisfactory.

The CIFO’s board and management is expecting this type of complaints to increase “significantly” in the second half of 2021.

A “single-issue” complaint affecting several hundred individual customers is also expected to give rise to more complaints in the second and third quarters of the year.

“We have engaged some experienced people from the UK who have done some work with the ombudsman in London to work on older complaint files,” Mr Melville added.

“We are a very small team and it has been really valuable for us. We managed as of last year to bring them on stream. It’s a good solution for everyone involved, the firm and the consumers.

"We have always had more volume than we were resourced for, we have been clearing the inventory as fast as we can but not at the expense of getting it right.”