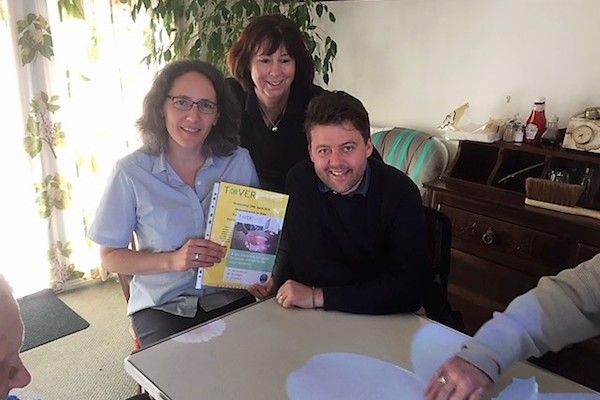 Residents with dementia at the Connaught Care Home in Alderney, will benefit from a Tovertafel ‘Magic Table’ thanks to the generosity of the Lloyds Bank Foundation and Milly’s Foundation. 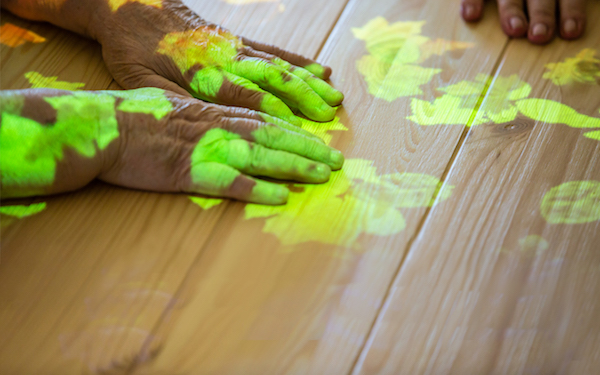 Pictured: File image of a 'Magic Table' taken from tovertafel.co.uk

The light game was designed for use by people with mid to late stage dementia. It has been trialled in UK care homes and after those successful tests Milly’s Foundation decided to bring this new piece of tech to the Bailiwick.

The concept was developed by PhD student Hester Le Riche in the Netherlands and it uses artificial intelligence to stimulate physical, mental, and social activity using light projected onto any desirable surface in the care home. The developers said that it is through these "simple yet effective games" that patients who were once difficult or withdrawn can let go and engage.

The Magic Table has been brought to Alderney thanks to a grant from the Lloyds Bank Foundation which has enabled Milly’s Foundation to buy the equipment.

Milly's Foundation was set up by Colin Williams in memory of his beloved wife, with the charity now providing day and long-term support for Alderney residents with dementia as well as support for their carers and training for staff of the Connaught Care Home and the Alderney Home Care Service.

Julie Lillington, Branch Manager at Lloyds Bank in Alderney, said there has already been a positive response from residents when she visited the Care Home on behalf of the Lloyds Bank Foundation:

“I can already see that this ‘Magic Table’ is going to make a huge difference for islanders with dementia. On my visit I saw a woman in a wheelchair interacting with the light projections which took the form of butterflies, flowers, and kites and she had a huge smile across her face the whole time. The staff later told me that they haven’t seen her smile for several weeks and they were thrilled to bits to see her engaging like this. This is a great initiative for the Bank’s independently registered Foundation to support.”

Colin Williams, Founder of Milly’s Foundation, said on the installation of their new technology was offering real benefits to residents:

“I’m so excited to have the Tovertafel ‘Magic Table’ installed here in Alderney because it will make such a positive difference to Connaught residents. We’ve already seen some of our more withdrawn patients engaging with the new tech with smiles on their faces, and even one who chain smokes stopped smoking for several hours whilst interacting. In time, we would like to see children engaging with the Tovertafel at the same time as the patients so they can essentially interact and ‘play’ together. Milly’s Foundation is very grateful to Lloyds Bank Foundation for their support in enabling us to introduce this engaging device.”

“It’s great to see how the Magic Table is having such a positive impact on people within the first day of the device being installed. The value of this machine is easily seen in the smiles and interaction of islanders at Connaught Care Home and I think after the people from Tovertafel trialled their machine in care homes in Jersey in April we will certainly see more charities across the Channel Islands implementing this technology to improve the lives of people not only with dementia, but with disabilities and other additional needs too.”