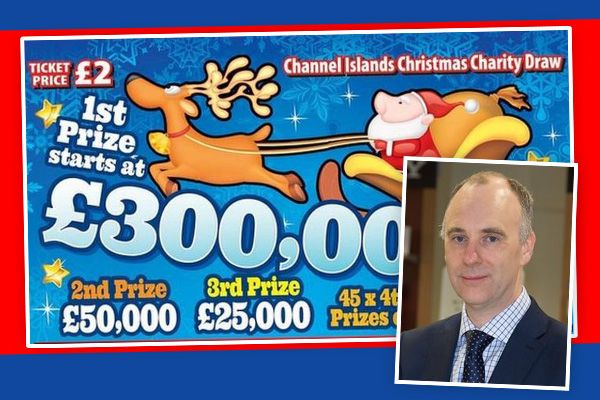 Fewer charities are going to receive funding grants this year, after income from the Christmas Lottery was "considerably less than expected", being £22,600 down on the previous year.

Each year the proceeds from the Christmas Draw are distributed to local organisations through a grants programme operated by the Association of Guernsey Charities, but earlier this week it announced that the amount raised had left them short.

Charities apply for funding for specific projects, and the funding is awarded after the nine AGC council members review each case.

"Every year we know that many charities are finding it harder to raise the funds they require, so the Christmas Lottery is a crucial source of funding for the sector," Malcolm Woodhams, Chairman of the Association of Guernsey Charities, said.

"It’s very disappointing to learn that the 2017 draw raised less than expected, especially when charities and their volunteers are working so hard to provide support and assistance throughout our community.”

The awards for this year are currently awaiting approval by the States of Guernsey before details can be released and charities informed.

“Despite being less than anticipated, we appreciate that £190,000 will help a lot of worthy local projects, and we are grateful to everyone who supported the draw," Mr Woodhams continued.

"However, we recognise the importance of the Christmas Lottery and have already met with STSB to discuss the situation. The primary focus for the AGC is the needs of local charities, and it’s vital that they can be supported."

Organisations which are members of the Association of Guernsey Charities are reminded that the Annual General Meeting will be on Tuesday 24 April.