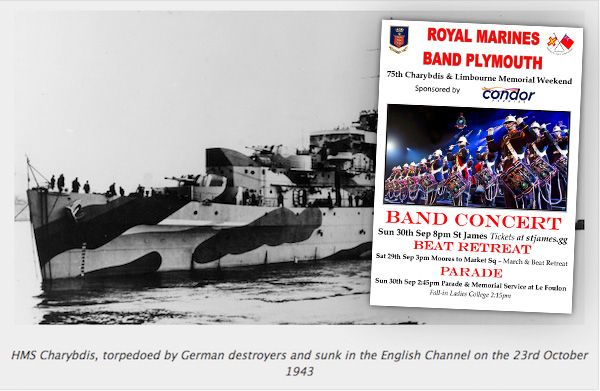 With the loss of more than 400 lives in total, the sinking of HMS Charybdis and HMS Limbourne is still marked every year in Guernsey - including this weekend, the 75th anniversary of the tragedies.

They were in the Channel as part of 'Operation Tunnel', a Royal Navy exercise after they found out that German vessels would be moving a convoy along the Brittany coast over that night.

However, the German forces were alerted to their presence and a torpedo attack sunk the British ships some five miles off the French coast. Many of the survivors were brought to Guernsey while some of those who lost their lives are buried at Le Foulon.

Each year since, a memorial service is held at the cemetery attended by survivors, their relatives and relatives of the victims. 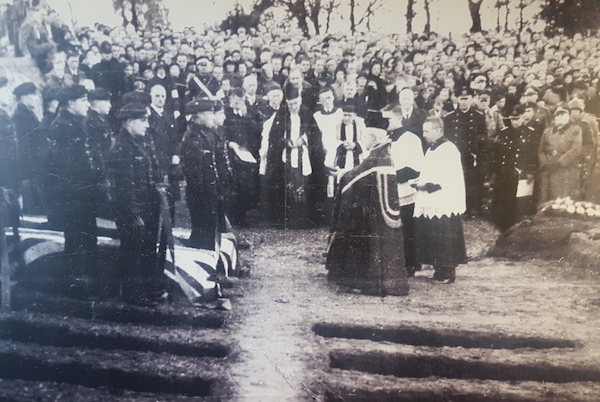 Pictured: One of the images following the sinking of the Charybdis and Limbourne which is on display at Castle Cornet.

On the 75th anniversary a number of events are planned to commemorate the lives lost including a parade, memorial service and a concert. The Royal Marines Band will be Beating the Retreat in town this afternoon from 15:00, while the annual football game to contest the Malaya Cup, with a Guernsey development side hosting a Fleet Air Arm 11 will kick off at the Track at 15:30.

While the football game is being played there will be a service of remembrance at sea before the formal commemorations continue tomorrow.