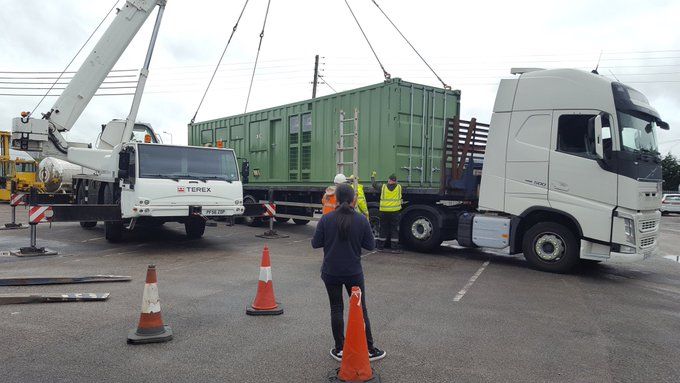 After much 'blood, sweat and tears', Health & Social Care have secured a new hyperbaric chamber for the island.

For some time now, Guernsey's diving community have only had access to a rented chamber, and if anyone ever needed to make use of it, they may have had to pay a £30,000 bill.

Luckily, the new chamber should now be opening on the 26 July.

HSC have been trying to secure its purchase since the start of 2018, when they were given a budget of £440,000 to buy one. That process has not been easy and has seen some lengthy delays, but on the weekend Health President Deputy Heidi Soulsby announced the new piece of kit was on its way.

Guess what’s coming to Guernsey? The hyperbaric chamber!!!! At long last. There’s been much blood sweat and tears but it’s on its way. pic.twitter.com/GUFlYEjBMS

Last year, it was expected the chamber would be up and running early in 2019, but that was delayed because it had to be 'fully endorsed and certified' by the insurers, a spokesperson for the committee explained. 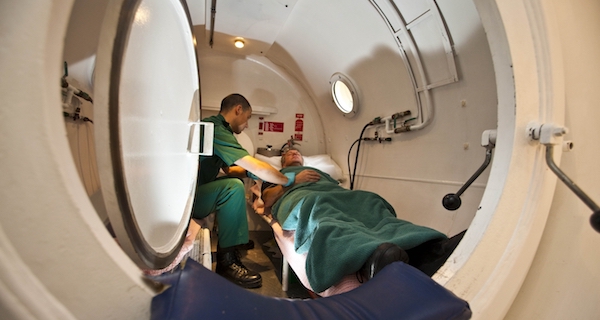 Guernsey's old hyperbaric chamber was no longer fit for purpose when HSC decommissioned it.

"[HSC] was allocated a budget of £440,000 from Policy & Resources to procure a new hyperbaric chamber. It is likely that this amount will be underspent and the final cost will be in the region of £408,000. However, until all aspects of the installation and operational readiness processes are complete, the actual and final costs cannot be confirmed.

"Delivery of the chamber has been delayed as it had to be fully endorsed/certified and inspected by Lloyds of London (insurers). HSC now has a confirmed delivery date of 25 July 2019. The chamber should be fully installed on 26 July following which operational training for staff will commence. The new chamber will, therefore, ‘go live’ as soon as possible thereafter."

HSC were given planning permission last year to have the new chamber installed.

The installation of the chamber will see a number of temporary changes made to the Emergency Department at the PEH. Access will be restricted and ambulances and patients will be diverted to La Vauquiedor entrance between 05:00 and 10:00 in the morning.

The spokesperson said: "Due to the nature of the delivery this will be strictly enforced as 2 mobile cranes and the container lorry will be on site making it off limits to unauthorised personnel.   Traffic signs will be deployed for visitors to the hospital.

"In the meantime, divers still have access to the current chamber that is rented by HSC."

Pictured top: The new chamber is being shipped to Guernsey at the moment.