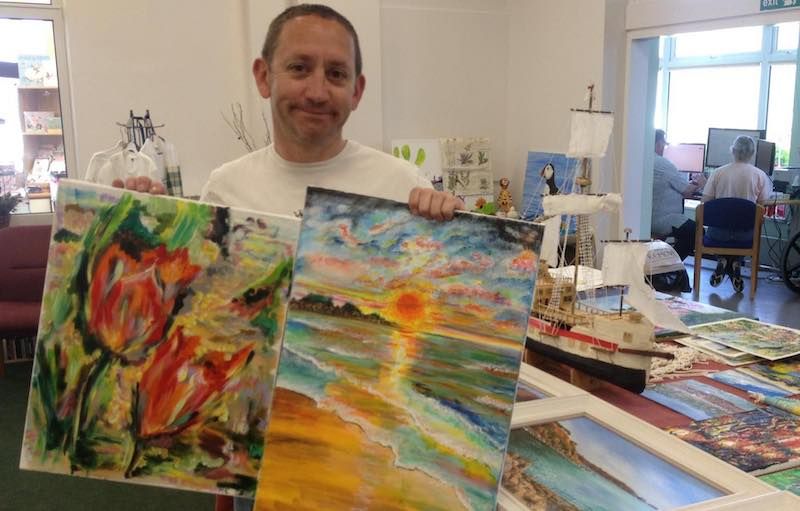 A wide variety of lockdown art projects will go under the hammer next week to raise money for charity - and there's still time for people to donate their own work.

Mark Keeling came up with idea after producing paintings himself to keep his brain occupied during Guernsey's latest lockdown.

"I put some of it on Facebook and had some offers to buy it," he recalled. "It gave me the idea that there must be other people who have surplus lockdown art as well."

With over 50 pieces of work donated so far - ranging from paintings, to makrami, to crafted model ships - Mr Keeling hopes there will be something to appeal to all potential buyers. 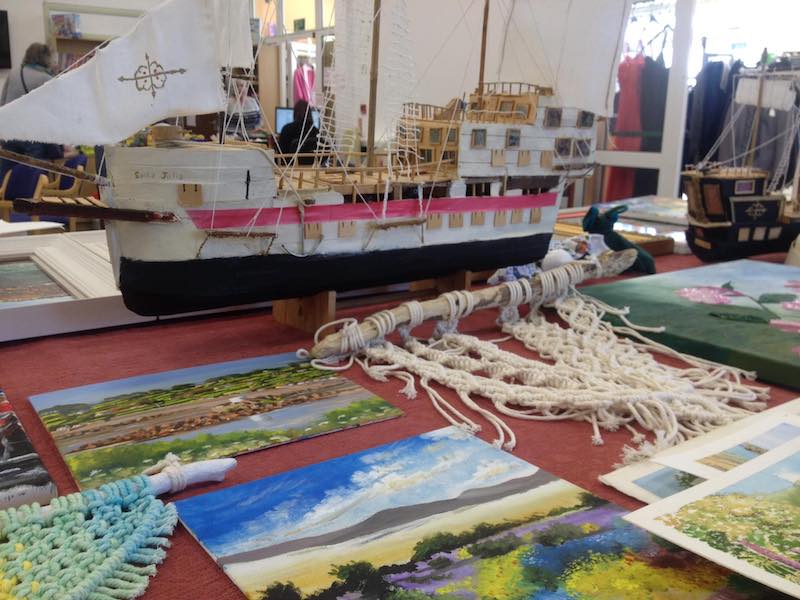 Pictured: Some of the work that has been donated so far. Mr Keeling hopes to amass over 100 lots to auction off for charity and is welcoming donations of arts and crafts projects.

After searching for a venue to host the art work, the Ron Short Centre came forward offering their premises free of charge, which allowed Mr Keeling to start appealing for donations from individuals and businesses.

Auctioneer James Bridges from Martel Maides offered his time for free and will orchestrate proceedings when the lots go under the hammer next Friday at 15:00 at the Ron Short Centre.

All of the proceeds will go to the Guernsey Wooden Spoon Charity and Guernsey Mind.

Mr Keeling and his artist daughter Lyanne have been promoting and organising the event. Mr Keeling works as a chef at St Julian's Hostel and has taken next week off to set up all of the work, with the help of some of the service users.

People will be able to pop in to the Ron Short Centre during normal working hours next week to take a look at the work and leave bids with Mr Keeling if they are unable to attend in person on Friday 30 April.

Organisers will also be able to collect any further donations in the early part of next week from any individuals or businesses who want to put up some work and provide a brief explanation of the inspiration behind it. More details on contacting Mr Keeling can be found HERE. 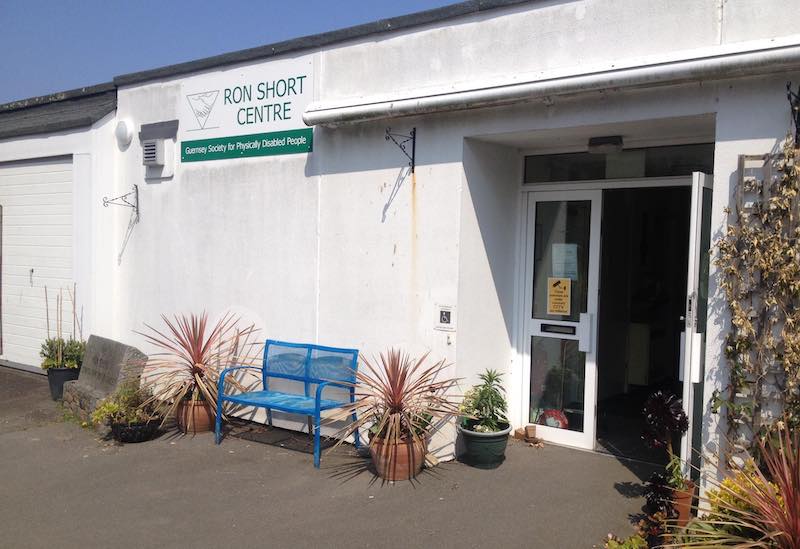 Pictured: People will be able to view all the arts and crafts on display at the Ron Short Centre from Monday 26 April during working hours.

Pictured top: Mark Keeling with two of the paintings he produced during lockdown.