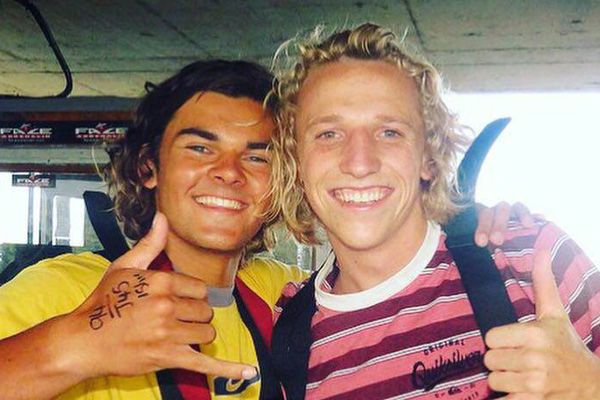 Two locally trained teenage lifeguards were in the right place, at the right time, as they went to the aid of a drowning man on a beach in South Africa and saved his life.

Ben Relph (18) and Fin Whitmore (19) are currently travelling around South Africa, where they rescued the 29-year-old from Johannesburg, after he got caught in a rip tide off a beach in Sedgefield; SA, last week. 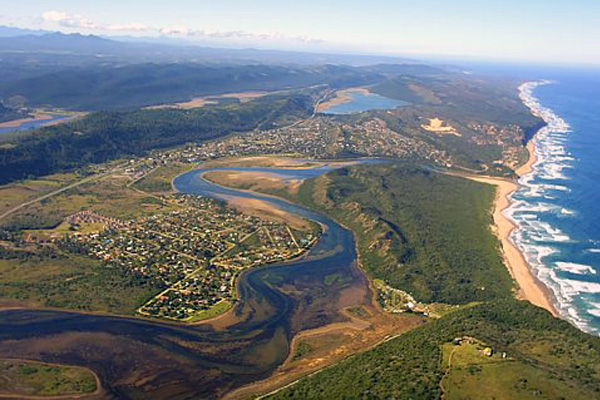 The pair were enjoying a pizza at a restaurant on Myoli beach at around 19:25, where they had been swimming earlier in the day, when a lady ran in screaming.

Mr Relph said: "The lady was screaming that someone was drowning and was clearly looking for someone to help. She had been alerted to the situation by the man's eight year old son who was hysterical on the waters edge. Fin and I both looked at each other and then instantly left our food and sprinted off over the dunes down to the beach and sea. We kicked off our flip flops and dived in!" 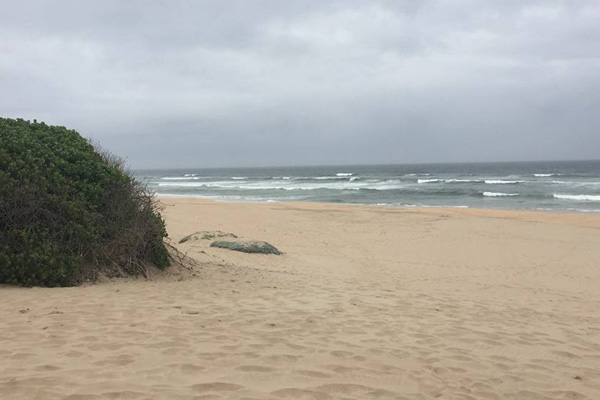 Mr Whitmore said: "When the lady came in I was super shocked as was Ben because its not a situation we've ever come across in Guernsey, but then instinct basically kicked in.

"The man was around 25-30 metres out but only a few metres from a sand bank so he couldn’t stand and was struggling to stay above the water. As we got there Ben grabbed him first as I managed to keep my legs on the bank so that we both weren’t in deep water and could pull him out towards more shallow water as we both helped to carry him to shore."

Mr Relph is in no doubt that the man would not have lasted much longer. He said: "By the time we got to him he was already going under the water and drifting in and out of consciousness. We dragged him to the shore and then carried him further up the beach as he was unable to hold his own body weight. We managed to speak to him and he said he had swallowed some water so we knew he needed further assistance."

Emergency services had been alerted by a bystander Ryan Childs who happened to be a qualified ambulance medic and Dr. Sheryl Rajpaul who had also been eating at the restaurant came forward to help. The National Sea Rescue Institute ((NSRI) crew were also quickly on the scene with a jump bag and oxygen.

The two Guernseymen and four medics managed to stabilise the man before he was transferred to hospital for further assessment. 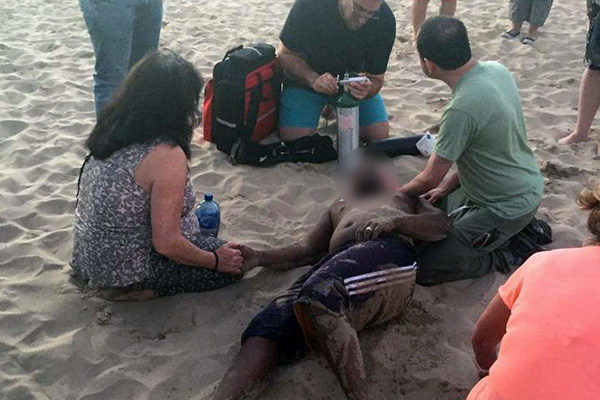 Pictured: The rescued man with the four medics 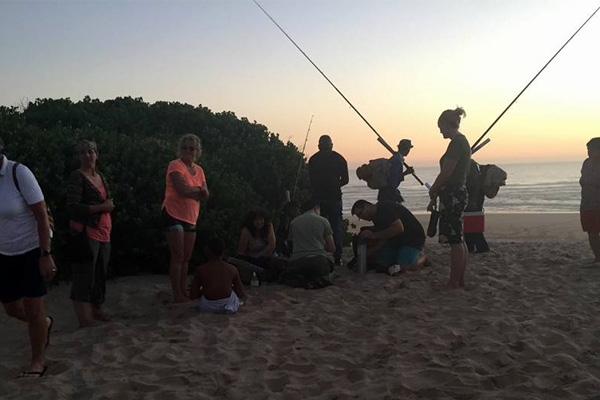 Pictured: The rescued man and onlookers on the beach as the sun sets.

Mr Relph said: "We did speak to him and he was very thankful to us. I think his son was taken away by a relative as he was quite upset. It all felt a little surreal afterwards although we were stoked, but we just went back to the restaurant. Unfortunately our pizza was cold!"

Both Mr Relph and Mr Whitmore are instructors at Guernsey Surf School and had to do a lifesaving course in order to qualify as instructors.

Mr Whitmore said: "I would definitely say our lifeguard course with the surf school helped in the way we approached the situation; although we went as quickly as possible we assessed that the water wasn’t too deep and we were definitely capable of saving him. Also, assessing his condition is partly to do with things we learnt from the lifeguard course as secondary drowning from water in the lungs occurs quite often so we made sure he got appropriate care. We were definitely pumped up afterwards as at first it just occurred out of adrenaline and knowing we needed to save someone; so the reality of it all kicked in after."

Guernsey Surf School manager, Steve Hardy said: "The course the boys did is a two year qualification and follows the Royal Life Saving Society (RLSS) guidelines. It is awesome to know that lifesaving skills learnt in Guernsey have been transferred to a real life situation and they were able to save a life. I am really proud of them and look forward to seeing them when the school opens for the season." 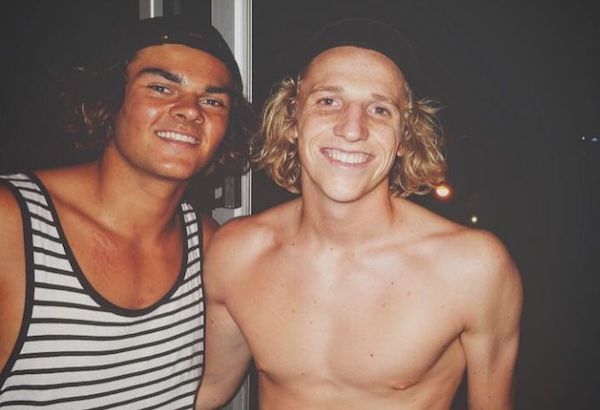 In a report following the incident the NSRI wrote:

"At 19:29, Monday, 29 January, NSRI Wilderness duty crew were activated following eye-witness reports of a drowning in progress in the surf in front of Pili Restaurant, Sedgefield. Two young lifeguards on holiday from the Channel Islands, United Kingdom, at the Pili Restaurant at the time, went to the aid of the swimmer.  They launched into the surf and rescued a 29 year old man from Johannesburg who was being swept out to sea by rip currents. A bystander had taken the NSRI’s Pink Rescue Flotation Buoy to the waters edge but by that stage the two lifeguards, Finlay Whitmore and Ben Relph, had already rescued the casualty from the surf."

The NSRI further went on to praise both men and commended them for their assistance. The NSRI report can be viewed here.

May the best team win!