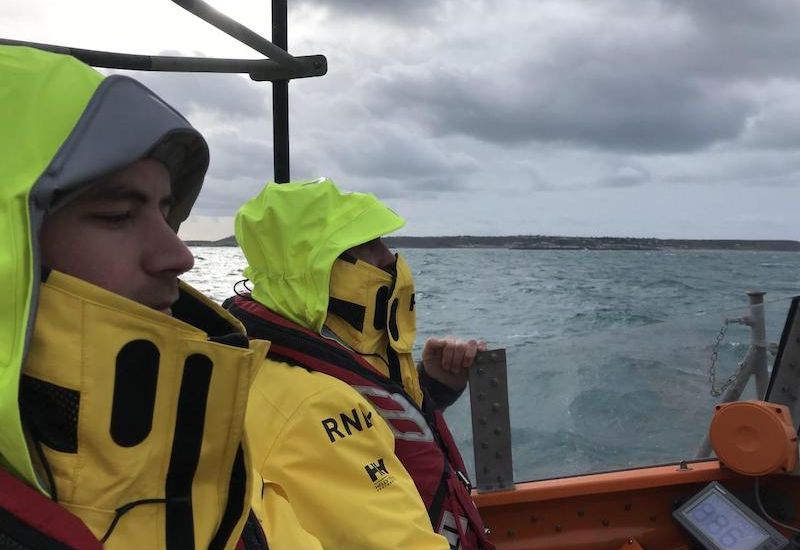 The Channel Islands' Air Search and RNLI have spoken out after the missing plane they were initially looking for, was instead found by a privately funded search vessel. The light aircraft went missing near Alderney a fortnight ago.

The volunteer crews of both organisations have emphasised the differences between the initial rescue mission, which was looking for survivors, and the private search for the plane's wreckage.

Local volunteers spent nearly four days searching the area from immediately after the plane - carrying footballer Emiliano Sala and pilot Dave Ibbotson - lost contact with Air Traffic Control, when it disappeared above Alderney. After the official search was called off, and with no apparent underwater search planned by the authorities, a Go Fund Me campaign was set up to pay for a private search. Less than a day into that £300,000 search, which happened in co-operation with the Air Accident Investigation Branch, the wreckage was identified quickly within a much reduced search area of just 2 sq nautical miles.

During their visit to the Bailiwick, the Sala family were taken on the same route that the Channel Islands' Air Search (CIAS) team would have taken, as well as going down to Burhou island (a small puffin reserve off Alderney) where there had been reports of flare sightings. The family are believed to have since left the Channel Islands' with Mr Sala's sister leaving a tribute on her instagram page with a photo of what looks like the islet.

There have been a minority of commenters on social media since the plane was found, questioning the scope of the original search mission. The Chair of the CIAS, John Fitzgerald, said his team remain satisfied with their efforts but he understood some people were trying to apportion blame to the tragedy.

"In my mind and in the minds of the RNLI we believe the search went on for longer than we would have done normally, we [the CIAS] were on the scene in 30 minutes. We were actually over the spot where the wreckage was found yesterday.

"We were looking on the surface for lights on the life jackets, electronic location beams etc. We were looking in the same way that the RNLI would have been. I think a couple of fishing boats went out to look on the surface but altogether David Mearns and the AAIB did something very different. They had time to gather a lot of information," he said.

Disappointing to see people criticising Guernsey authorities for “calling off the search & failing to find the plane” now its been found using specialist equipment. Volunteers from @RNLI & @CIAirSearch did a fantastic job in tricky conditions and a tough decision had to be made.

"Just looking at the picture the aircraft looked as if it impacted quite hard. I don't think anyone can attribute any blame until we see the report from the AAIB and get some proper findings," he said.

Speaking to Sarah Montague on BBC Radio 4 World at One, Mr Fitzgerald also said that although they were in the right area, any oil slick on the surface would have been difficult to spot.

"Because of the sea conditions it would have dispersed very quickly, we can only see what's on the surface," he said. 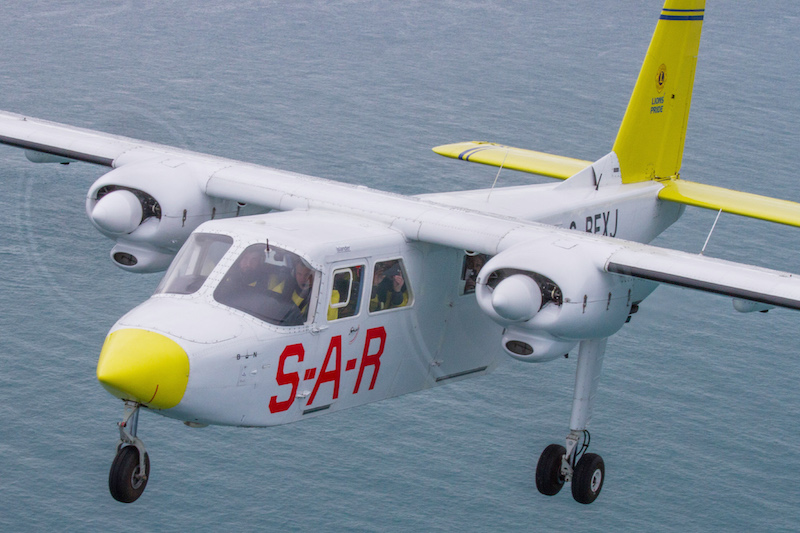 Pictured: The CIAS during the search mission last week.

“The primary aim of the initial search co-ordinated by the Joint Emergency Services Control Centre was to safely return the passengers on the flight. Once it was determined that this was no longer a likely outcome the search was called off - which is a very difficult decision to take. Our thoughts are with the family and friends at this time,” he said.

The Guernsey Harbourmaster would not comment further on the investigation.

Pictured top: The Alderney lifeboat crew during the initial search for the plane carrying Emiliano Sala and Dave Ibbotson.

Posted by Chris Betley on Feb 11th, 2019
Very well said, John Fitzgerald. A measured, calm and factual response to the unfair criticism levied against the CIAS team from some on social media in the face of a terribly sad event that became magnified under worldwide scrutiny because of the identity of one of the unfortunate victims. Such a sad situation...
To place a comment please login Login »