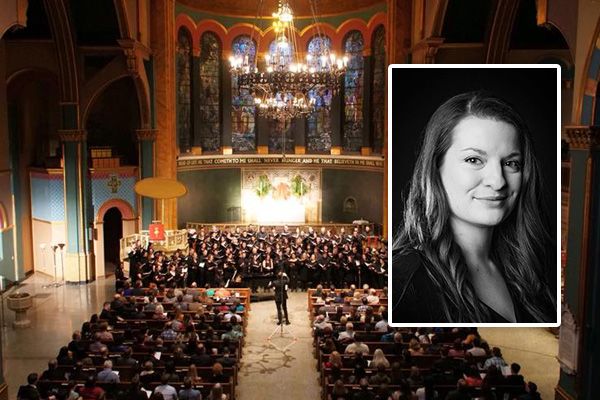 A local singing teacher-cum-composer has won the top prize in a New York composing competition, beating other entrants from across the world with her Guernsey inspired piece.

Lydia Pugh was selected as a finalist along with two others out of around 70 entrants, and was tasked with writing a concert piece themed around immigration to be performed in front of a panel of judges.

Ms Pugh's piece, Adirai (Misplaced), was written about the evacuation of the Channel Islands, and was for two choirs to perform - a mixed choir and a female choir.

"I was selected back in September as a finalist for the Young New Yorker's Chorus Young Composer Award, which resulted in a commission and a live premiere by YNYC in New York in March," she said.

"I couldn't think of a better way to capture the theme of immigration than with children having to leave their home and go somewhere strange and different, only to return again as adults and have the same feeling - I think I really captured that in the music in the end."

Winning out over two male composers from the USA, Ms Pugh's Nathan Davis prize in composition included a $1,000 award.

"As a composer it is always hard to get your music out there for people to hear, and along with that it is quite isolating, so I have been attending these composers' institutes mainly in the US. A friend I had who I was doing those with suggested I sign up for this competition."

To compose music, Ms Pugh said she used computer software to "get a feel for the melody", but you could not fully tell how a piece would be before it was performed. One of the treats of partaking in the final of the YNYC award was the fact she was provided with choirs to perform her piece, she said.

As a song based on the evacuation of Guernsey in the war, its lyrics involved Guernesaise, something which Ms Pugh had to spend some of her time teaching to the American choirs. 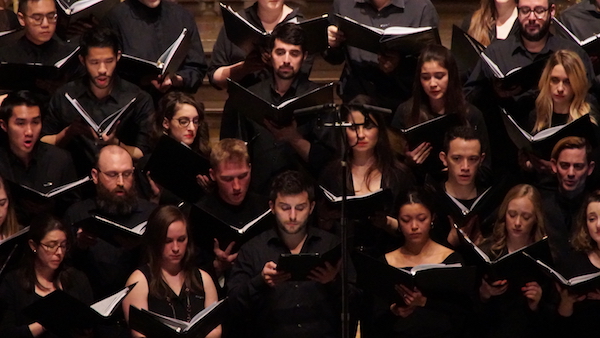 This Autumn, Ms Pugh's music is going to be on concert locally. September 7 will see a concert of all of her music in St James.

"It is going to be a full concert of music I have written with all local singers performing, tickets aren't available yet but watch this space. And then in October I am hoping to do a concert with other local composers so they can have their pieces performed, that should also be at St James."

Ms Pugh's music can be found here, along with her prize winning song.

As both a voice instructor and a composer, she studied for a BA in music at the Liverpool Institute for Performing Arts, followed by an MA in composition at Leeds College of Music in 2010. As a composer, Ms Pugh's first success came through a commission from The Guernsey Glee Singers which resulted in a performance of 'The Land Where I was Born' at the Praga Cantat in Prague 2007.

As a vocal coach, Ms Pugh has also had great success, winning the Vote College's John Owen-Jones award scholarship in 2016, and receiving a distinction in her studies.