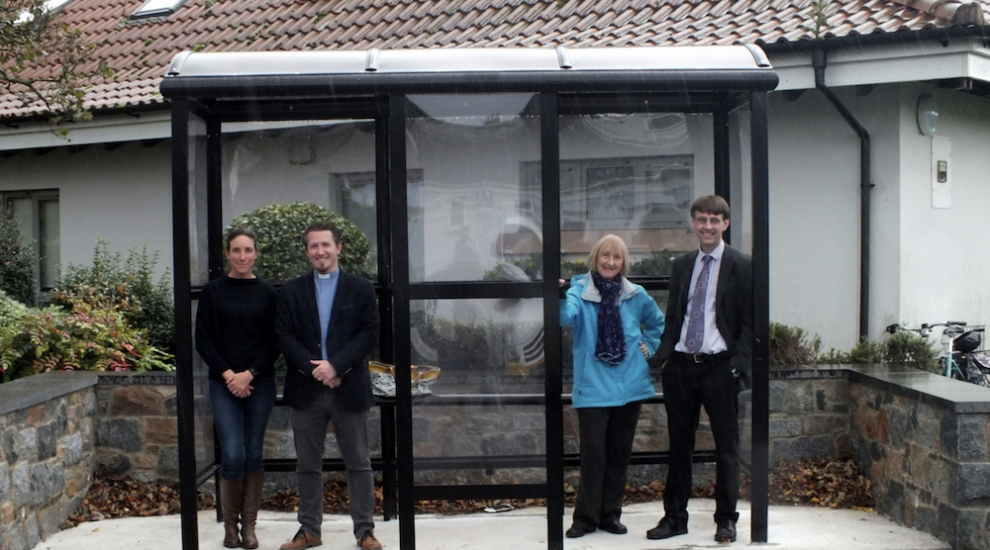 Pedestrian safety charity Living Streets has shared its record of successes over the past twenty years with Express as it fears closing when its three key committee members retire.

Pat Wisher, Tom Le Pelley and Judith Le Tissier have all been actively involved with the charity as Founder/Secretary/Fundraiser, Chair, and Committee member.

Each of them are now in their 80s and as Mrs Wisher and Mrs Le Tissier have been involved with the charity since it launched in 2002, and Mr Le Pelley for more than 10 years, they've each decided the time is right to retire.

Mrs Wisher told Express that she has many proud memories of her work through Living Streets and she is hopeful that someone will be able to take on the mantle for promoting pedestrian safety.

She is happy to discuss the workload and commitment needed and can be contacted via the charity's website HERE.

The charity is holding its AGM tonight in the Emma Ferbrache Room at the PEH from 18:30. All supporters are welcome. 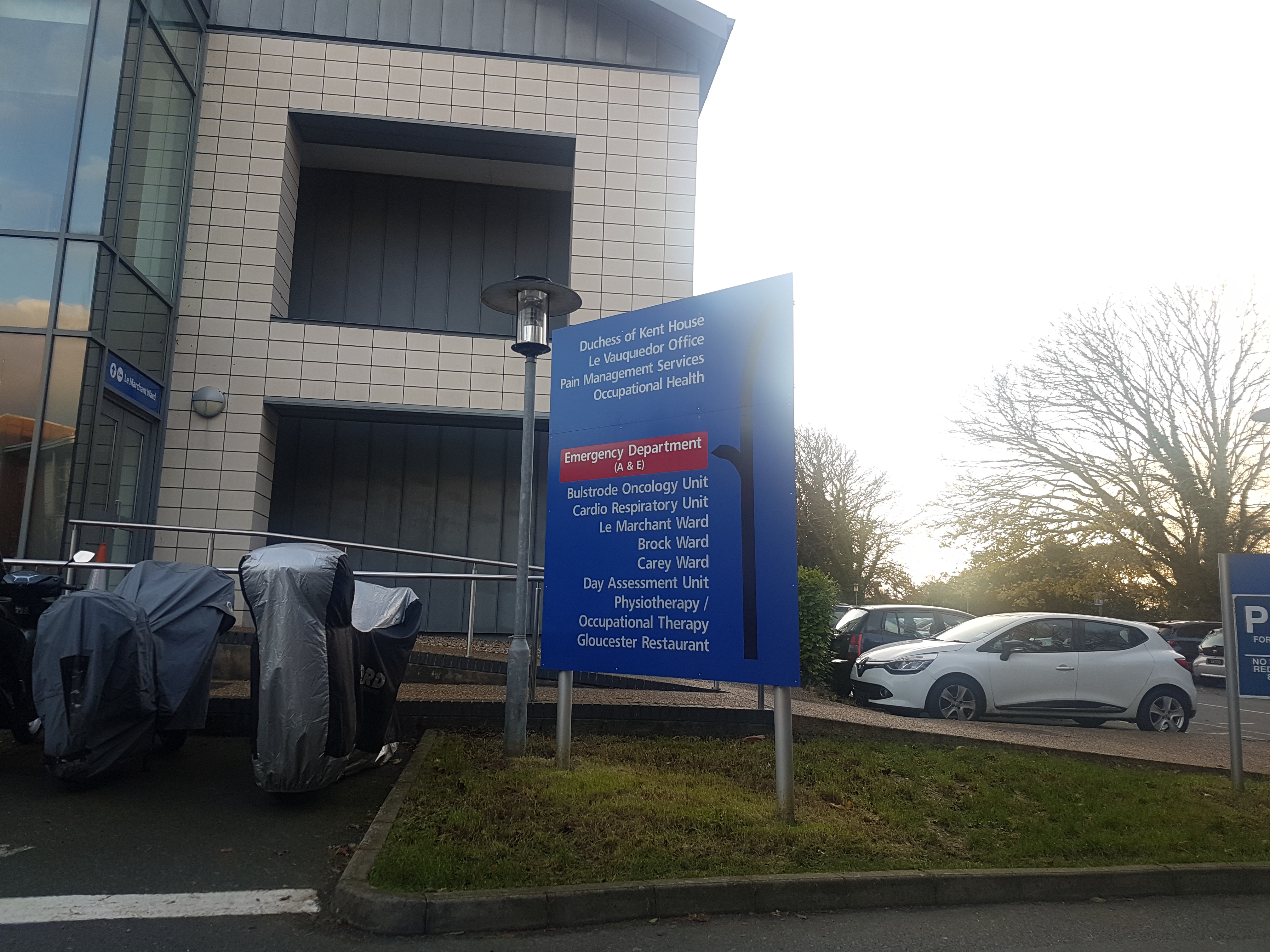 Pictured: Tonight's meeting is at the PEH.

What has Living Streets done?

Mrs Wisher told Express that that the charity has celebrated many achievements over the past two decades - most notably the development of a pedestrian pathway for students walking to/from the Baubigny Schools.

"Our greatest achievement was the development of the Baubigny Schools Pathway which we finally opened in 2010 after three years of struggling against all the odds and with no support from the Education Department or Environment Department," she said.

"We ended up having to pay rental to the landowner for the privilege of putting a wide pathway along the edge of his eight acre vinery site. We built an earth bank which we planted with 600 hawthorn saplings to make sure children didn't stray into the rest of the vinery.

"The original rental was £7,500 per annum. The Creasey family very kindly covered this cost for us over the first three years. We then managed to reduce it to £4,000 and started paying for it in instalments. In order to raise the money I developed 'Guernsey Country Walks' greeting cards and calendars. Each card and each month in the calendar included a sketch map of a walk since promoting walking was one of our main aims."

Aside from helping Baubigny students walking to and from St Sampson's and Le Murier, Mrs Wisher said the charity has also been lauded for its 'Be Safe Be Seen' campaign. 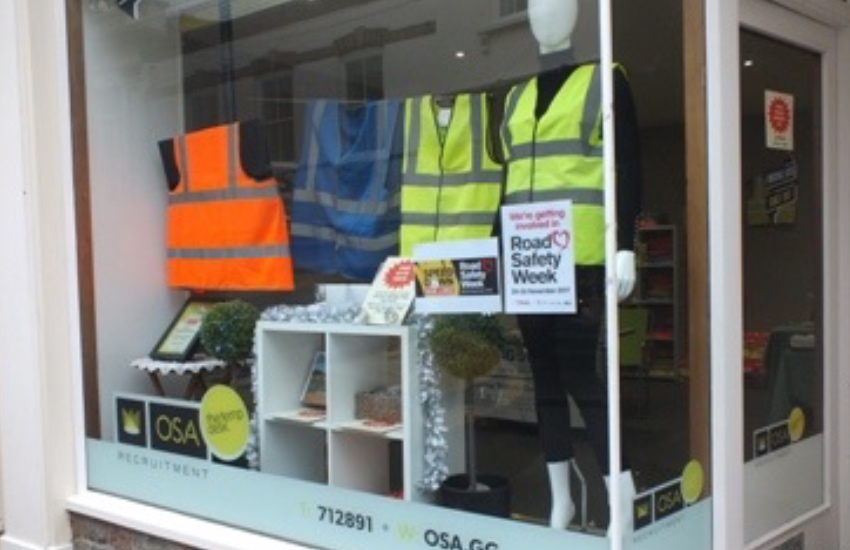 Pictured: Living Streets has regularly given away safety clothing over the years.

"I think we will also be remembered for our Road Safety Week event where we give away free hi-vis waistcoats to everyone to remind them to brighten up at night. This year was the 9th year we occupied the OSA Recruitment Pop Up Shop for a week in Town. It also enabled us to give out our safety leaflets and talk to people about their safety concerns, which we then follow up," she recalled.

The work of Living Streets has helped to forge changes for motorists which have been seen as benefits for pedestrians.

Mrs Wisher and others involved with the charity over the years have compiled reports using photographs and surveys to help guide changes to speed limits and one way systems.

She said that work was centred around concerns over pedestrian infrastructure as they remain committed to improving safety.

"Over the years we have done many safety audits and produced dozens of photo reports which we have shared with the Environment Department. In 2002 we surveyed every zebra crossing in the island (47 altogether) during day time and also at night and produced a huge document for the Traffic Committee suggesting improvements. In 2003 we organised a conference on 'Travel Plans' and brought over to Guernsey three key people from the UK. We followed it up with a Seminar for the business community.

"Our main concerns over the years have been the very poor pedestrian infrastructure. Where there are pavements (except on the large main roads) they are so narrow that they only accommodate one person - so no way that a parent and child can walk safely side by side to school.

"In the last few years we have been working with the THS (previously Active Travel Unit) to try to persuade them to develop more one way systems where the roads are so narrow that vehicles have to drive on the pavement. The last big investment in safer roads for vulnerable road users was in 2008 when our lobbying resulted in the one way system and cycle contra-flow in the Baubigny Road. We organised a meeting in the Capelles Church about this. The Environment Department at the time were rufusing to do anything but when Peter Sirrett took over in 2008 he agreed to the THS plans on this. Here was a Deputy who had the courage to do something that was highly unpopular. That investment of £100,000 was the last major investment in favour of vulnerable road users apart from the improvement of the cycle path in Les Banques."

Mrs Wisher says the time is right to retire now as she is in her 80s, along with Living Streets Chair Tom Le Pelley and fellow committee member Judith Le Tissier. 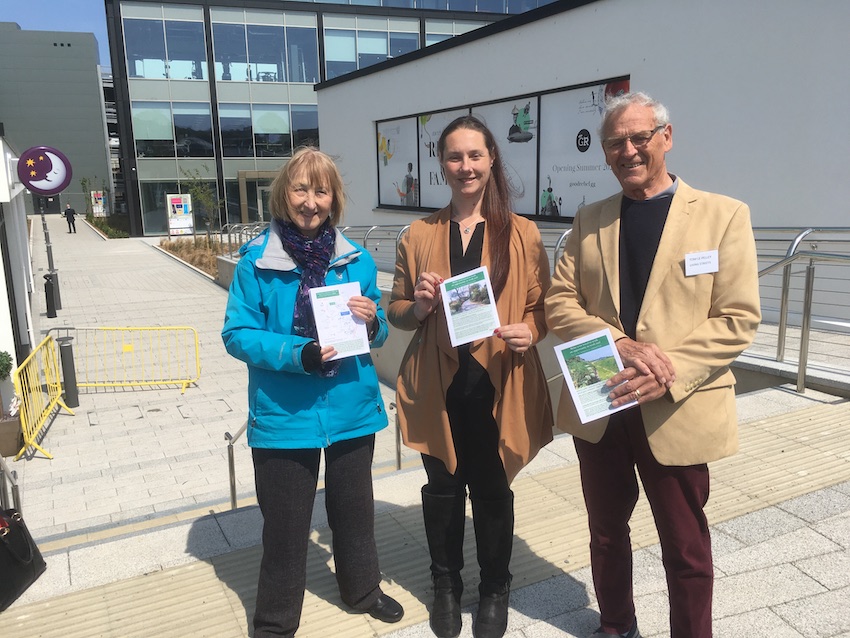 Pictured: Pat Wisher and Tom Le Pelley with a business supporting their work to promote active travel at Admiral Park.

She said there is still much to do so the work would suit someone who is retired or who has some time to spare but wants to keep busy.

She has used her secretarial and organisational skills to good effect over the last two decades and has been actively involved in fundraising as well as campaigning.

"What can we achieve in the future?" she considered. "Lowering speed limits has helped and that was due to the Barry Brehaut's E&I 's term of office. We still believe that more one way systems is the key to making some of our roads safer - e.g. Bailiff's Cross Road and Collings Road," she said.

"Finding a way to encourage islanders to travel actively for short journeys - or, indeed, use the bus service which is really brilliant and so cheap. I would like to see every household receive a bus timetable (delivered by the post)."

Mrs Wisher says that rather than the work of Living Streets being done, there is a lot still to do as the number of automated vehicles continues to rise.

"There were 47,000 registered vehicles in the island in 2002. There are now around 84,000. In a report I wrote in 2006 'What Price Road Safety' I recommended that the age that students could ride a motor scooter should be raised to 16. It was 14 in the days when school children left at 14. Head teachers I talked to agreed that they were not mature enough at 14."

Individually each of the three retiring committee members have brought different skills to the charity's work.

Mrs Wisher was actively involved in fundraising, while Mr Le Pelley helps with the maintenance of the Baubigny schools pathway, including cutting back hedges.

As committee member, Mrs Le Tissier has been involved in volunteering at fundraising events and contributes her own ideas.

End of the road for Living Streets?