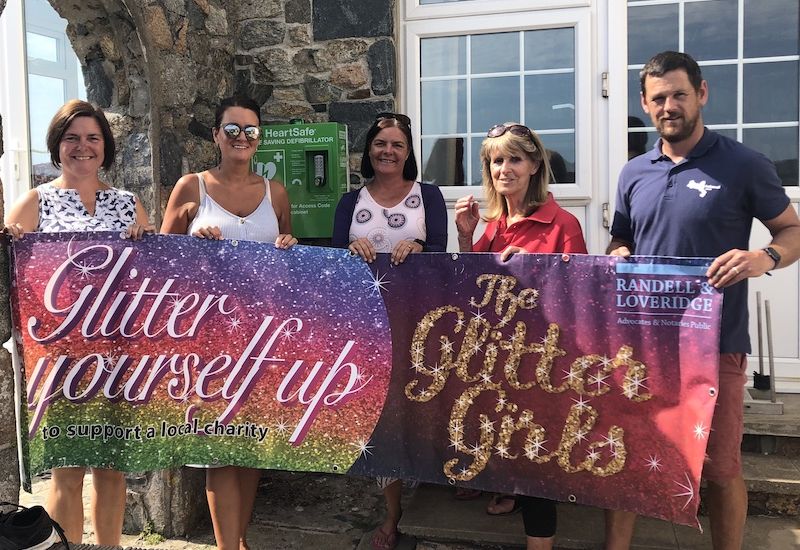 Lihou Island - a place that, at times, becomes completely secluded - has finally been fitted with its own defibrillator thanks to a team of local fundraisers.

The lifesaving equipment was installed last week, with help from the 'Glitter Girls'.

The group was formed after firefighter, Nicola Browning, noticed the small island didn't have its own defibrillator while helping on a school trip a year ago. While on a night out she mentioned her concerns to her twin sister, Natalie Gilman, and their good friend, Sara Mallett, and from that the Glitter Girls were born.

They approached Ms Mallett's law firm, Randell & Loveridge, who agreed to sponsor the project and set out planning their fundraiser. 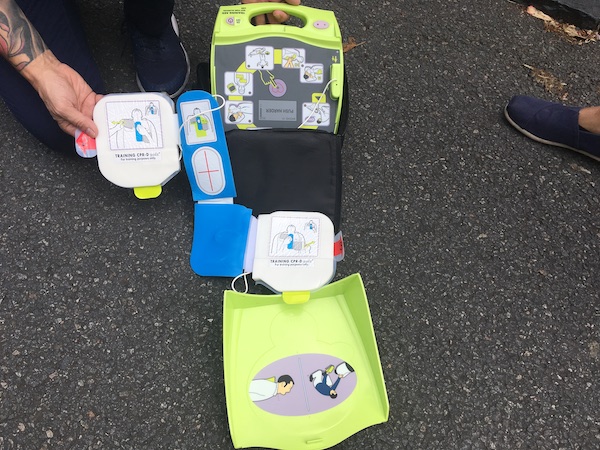 Pictured: A defibrillator once opened up.

The Glitter Girls set up a stall at last year's West Show, offering glitter face paint in exchange for a donation to the cause and, after two days of hard work, a large chunk of the money was raised.

"Following two days of glittery fun, which saw everyone ranging from children to bar staff to local police getting glittered up, we wanted to try and move forward quickly with the plan," explained Ms Mallett. "That's where Mark Priaulx of the Guernsey Round Table stepped in and sought agreement from the charity to make up the surplus required, and we were able to put the idea into action.

"Lihou Island, the Cardiac Action Group and, of course, the Round Table have been amazing and on Friday 7 August we were able to visit the island and see the defib in situ - a very satisfying sight indeed."

The Cardiac Action Group offers free training for anyone who would like to learn how to use the lifesaving equipment and hopes to see many more implemented across the Bailiwick in the future. 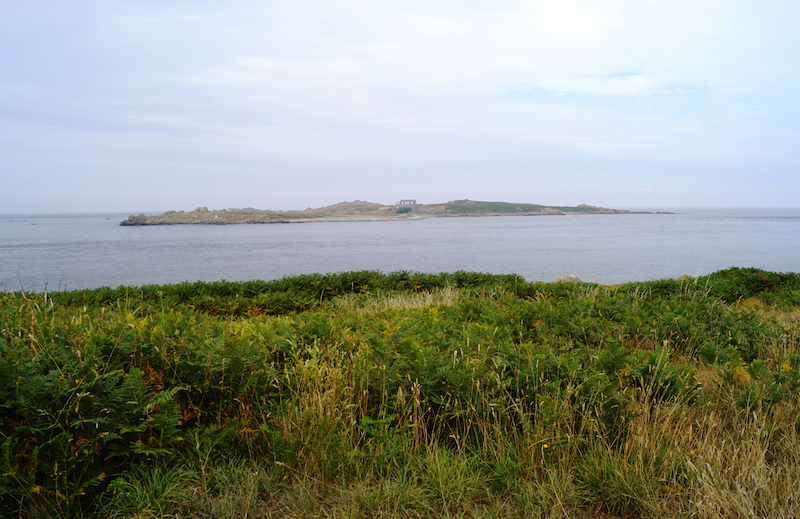 "I worked for 18 years in the ambulance service, responding to emergencies and I used to be a member of the inshore rescue boat," said Community Resuscitation Development Officer, Mike Froome. "I know to get to Lihou Island you have to, when the tide is up, go on an inshore rescue boat. If somebody was to collapse and they were staying overnight or got cut off by the tide, it takes the ambulance service a long time to get there.

"The closest defibrillator is at L'Eree and that's quite a long way away.

"Every minute that you don't get a shot from a defibrillator when you need one, your life expectancy goes down by 10%, so Lihou is a fantastic place to put one."

More information on the Cardiac Action Group and how to arrange free training is available here.

Phone box repurposed to save lives in Sark

The difference between a life lost and a life saved