WATCH: Police issue advice on what public can do as vandalism sprees continue 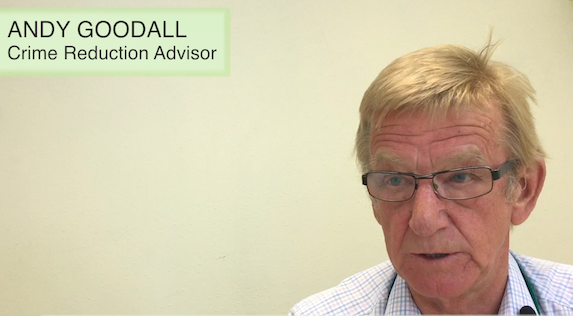 WATCH: Police issue advice on what public can do as vandalism sprees continue

Guernsey Police's Crime Reduction Advisor, Andy Goodall, has been giving advice on what owners can do if they find people damaging their car, or damage to it in the morning.

Express has also spoken to residents of one of the areas which was affected during one of the three recent damage sprees.

Over the last three weekends, there have been large amounts of damage all concentrated in one particular area each time - each report has brought upwards of 20 separate cases of criminal damage.

In total so far, Police have made three juvenile arrests - one related to the second weekends spree, where a youth was caught on CCTV kicking through Greenhouse panes, and two relating to last weekends, that saw a number of cars keyed and scratched around the Fire Station and the Odeon Carpark.

Mr Goodall said the best thing people could do if they "hear a bump outside" or "anything rings any bells" was to call the police immediately.

"If we can get there immediately after an incident has occurred there may still be more evidence in the area than in the morning, and the people that have caused the damage are much more likely to still be in the area," he said.

"We can't deny there has been a major spike in criminal damage incidents in the last few weeks. It can probably be put down to the weather - people have been out at the beach, at beach parties or just enjoying themselves outside and then things occur when they are walking home."

The largest of the sprees, which occurred two weeks ago over the Bank Holiday weekend of 5 May, saw damage occur between Rousse tower and the Saltpans, with cars damaged all the way through Route Carre and the Baubigny.

Last month a number of instances of criminal damage were reported in the Mont Arrive area.

One resident of the area around Arsenal Road had his car keyed while it was parked overnight. Simon De La Rue said he saw about the recent damage on Facebook, and when checking his car, found the damage.

He and other residents have reported the damage to Guernsey Police with officers continuing to investigate the incidents. One youth was arrested following damage caused in the north of the island, while two juveniles were arrested following the most recent damage in the area around the Odeon.

Earlier this year there were previous reported, as yet unlinked instances of criminal damage also in the area around the Odeon.