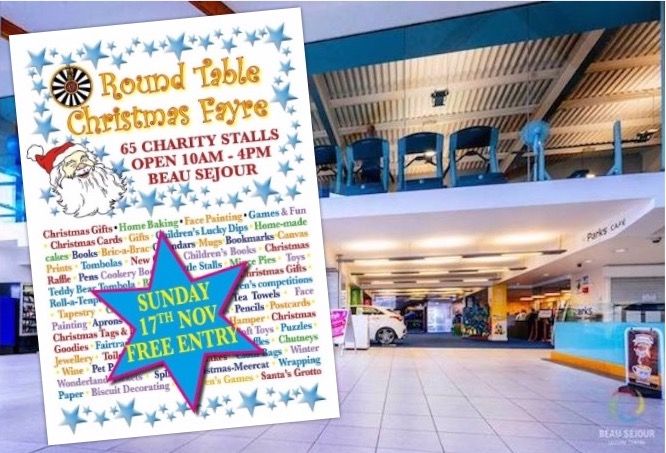 It might only be November, but the annual Christmas Fayre is being held at Beau Sejour today - benefitting 56 different local charities.

Organised by the Round Table, the event raised more than £25,000 last year but this year there are expected to be even more charities there so even more money should be raised.

Most of the charities will be selling items with a Christmas theme, either gifts or food items, along with Christmas decorations, cards and gift wrap.

Father Christmas is also expected to pay a visit to the Fayre, with a Santa's Grotto set up. There'll also be face painting and games such as ‘Roll a Penny’ and ‘Splat a Christmas Meerkat’.

Thousands of people are expected to attend the Fayre, based on previous year's attendance, so extra parking will be available at Amherst Primary School, along with a free shuttle bus to Beau Sejour.

Still time to take the plunge!