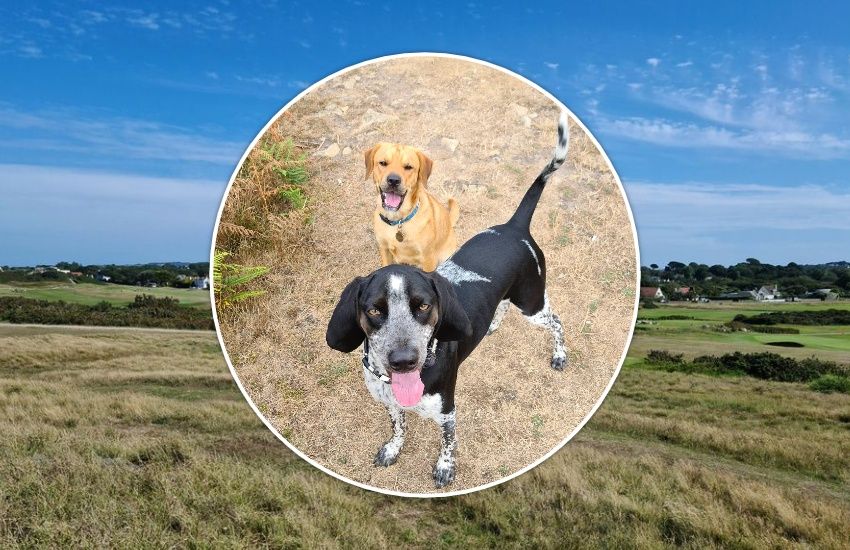 A dog owner has invited islanders to a “calm and peaceful dog walk” against a voluntary scheme to keep dogs on leads on the Vale commons.

Lorraine Lane, a L’Ancresse resident of 30 years, has encouraged people, with or without dogs, to join the walk on Saturday [30 July] to show “the strength of feeling” against the new scheme.

The Vale Commons Council announced the voluntary scheme last week [18 July], pledging that it would “make the commons safer for all” after receiving a number of complaints about dogs’ behaviour on the commons. 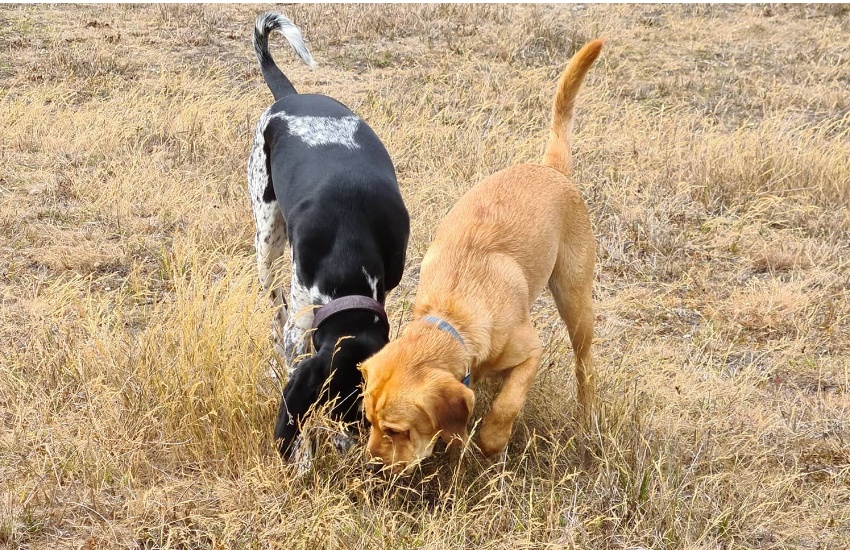 Pictured: Sharon Kershaw's recue dogs Solomon (left) and Rex. Ms Kershaw said keeping dogs on leads should be a decision for the owner.

Mrs Lane contacted the Council and received a response which stated: “Prior to the next Annual General Meeting of the Habitants, we will be making an assessment as to people’s willingness to cooperate with the scheme...we will then expect the matter to be discussed at that meeting.”

Mrs Lane said: “Although the Council have said they will monitor the situation, there are a lot of people who feel that, at the next meeting, those who think the scheme should continue will say there was initial backlash, but that it has since died down.

“I have organised the walk so that Council members can understand the strength of feeling against this scheme. This is not about humans or convenience; it is about the dogs.”

The response from the Council stated that they are not seeking a change in the law.

“I have spoken to deputies who have confirmed that keeping dogs on leads cannot be made mandatory without States' approval and that it would not be considered a priority,” said Mrs Lane.

“However, the voluntary ban has already made people nervous. There has been a marked difference in the number of people walking their dogs on the commons." 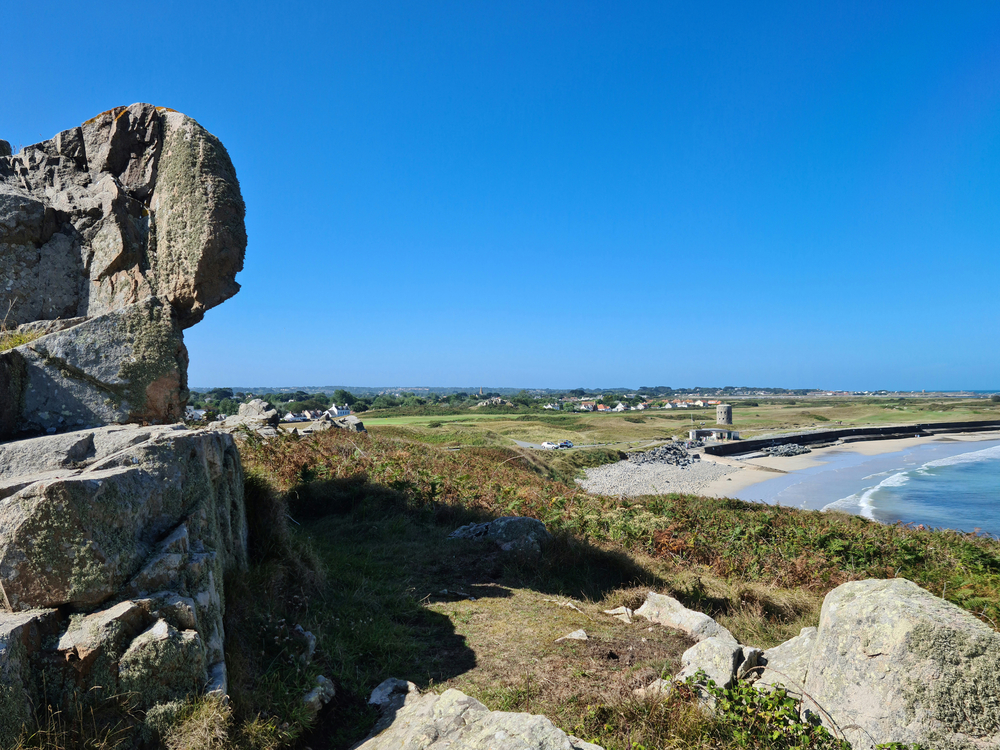 Pictured: Dogs are banned from some beaches , including L'Ancresse, from 1 May to 30 September annually.

Mrs Lane continued: “I have had people tell me they have been shouted at by members of the public to put their dogs on a lead and some have even started walking their dogs earlier to try and avoid confrontation.

“I am a strong-willed person and have been walking my dogs on the commons twice a day, every day, for 30 years. Even I have become super cautious.”

Mrs Lane said she had “never seen a vicious dog fight” on the commons.

“It is much easier for dogs to socialise when they are off lead. They can have a sniff and decide whether to play or walk away. When they are on a lead it is different because they don’t feel they are able to move away,” she said.

“Dogs are built to run and socialising is so important for them. If they aren’t allowed those opportunities it will have a negative impact on them.

“There are lots of dogs with allergies that can’t go on the beaches. Also, if you walk on the beach you then have to hose down your dog at home which means cutting the walk short if you’re aiming to get to work. It’s not as simple as walking on the beach instead, especially when dogs are banned from L’Ancresse and Pembroke during summer months.” 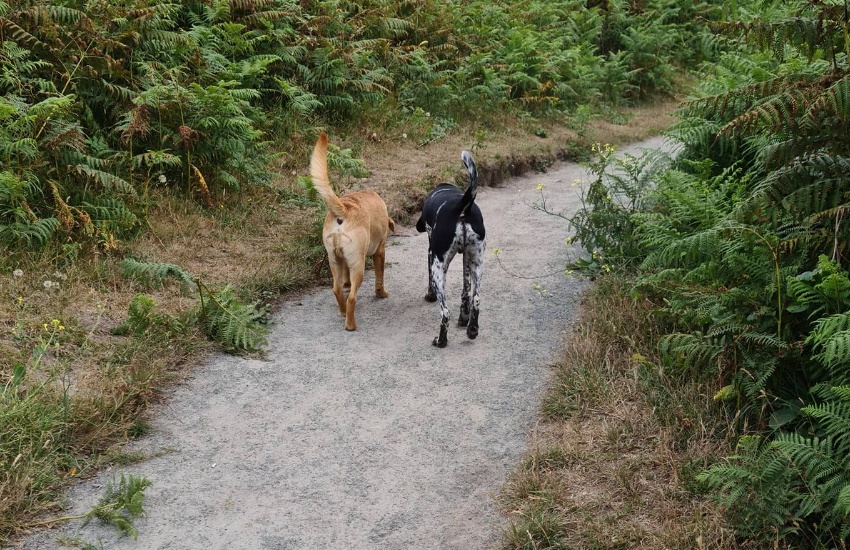 Pictured: Sharon Kershaw regularly walks her dogs at L'Ancresse. She has lived in the Vale since 1964.

Sharon Kershaw, a L’Ancresse Habitant and dog owner, said she would be attending Mrs Lane’s walk.

“As a member of the Vale parish, I feel very passionately about L’Ancresse common and its uses,” she said.

“If you can’t control your dog(s), then they should be on a lead at all times. The owners of the dog need to take responsibility for their own animal and it is the minority that unfortunately have led to this situation [the voluntary scheme] arising.

“I feel that most dogs that are walked off lead are done so with the appropriate training and can be walked safely for both themselves, other animals and members of the public.”

Ms Kershaw agreed that dog fouling is a problem, but said it was not the dog’s fault, but the owners. 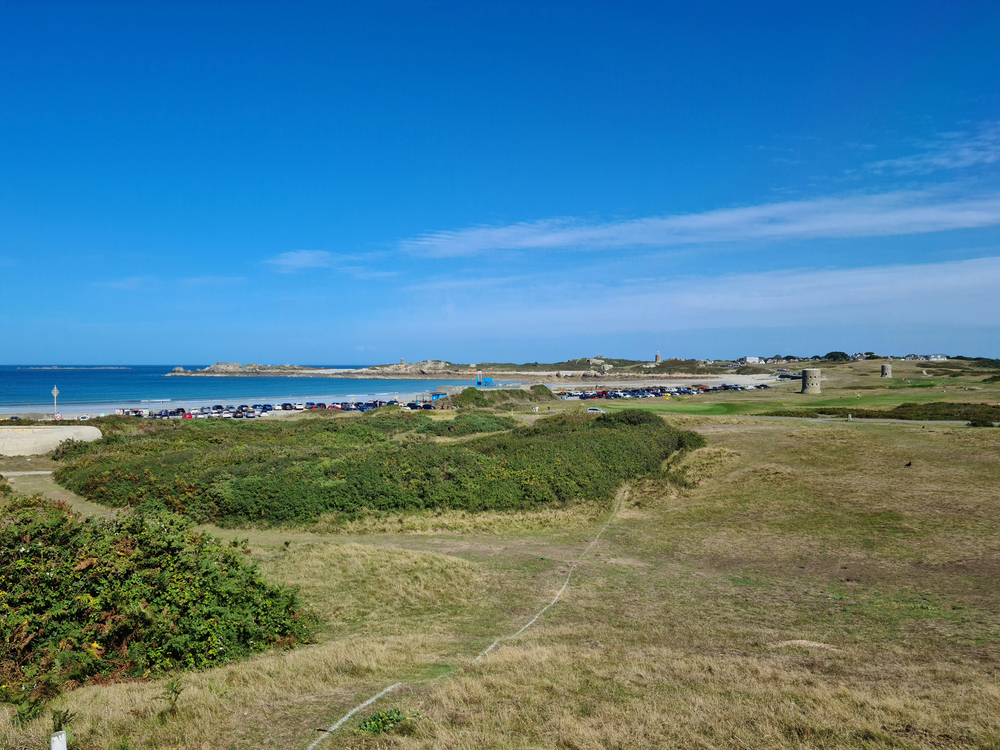 Pictured: The voluntary scheme to keep dogs on leads on Vale commons came into effect on 18 July.

She said that the introduction of the voluntary scheme “seemed to come without any form of consultation with members of the public”.

“This should have been an open forum from the start with input from people who use the commons with remedial steps then being taken,” she said.

“My biggest issue is where does this end? Where will be the next area to be targeted? It looks like we are headed for a ‘no dog walking off lead’ policy, which should be a decision left to the pet’s owner.”

Mrs Lane hoped that the walk on Sunday would be well attended.

“I will be publicising the walk on social media and will be creating a 45-minute route this week which will go via as many poo bins as possible,” she said.

“This is about saving our way of life. If the ban continues on the commons then people will find other places to walk their dogs. It won’t be long before bans are imposed in new places too.”

The walk will start at 08:00 on Saturday 30 July at the L’Ancresse Bay main car park. Those attending with dogs are asked to keep them on a lead during the walk.