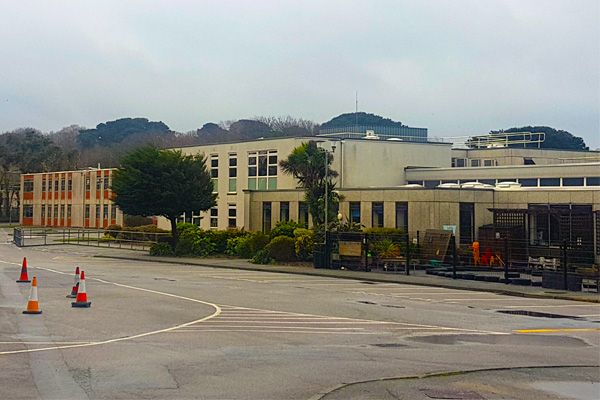 Planning applications have been submitted to make a number of improvements to the La Mare de Carteret schools.

Both schools are known to be in a state of disrepair following years of public and political debate over the future of the secondary system of education in Guernsey.

While a decision is still to be made over which high school sites will be utilised under the forthcoming 'two-school model' of secondary education which is being adopted by the States of Guernsey, it is anticipated that a primary school will remain on the La Mare de Carteret site even if the high school facility is closed.

With both buildings needing urgent repairs, a decision was made earlier this year to allocate extra funds to enable maintenance work to address some of the priority problems.

In April, the Committee for Education, Sport and Culture announced £700,000 would be spent on the project with the committee President admitting pupils and staff at the schools have "suffered as a result of under-investment."

Just two years ago there was a £1m. underspend on a budget approved for urgent repairs to the site. The then-Treasury & Resources Department approved a request for the repairs in early 2016, giving a budget of £1.65m., with the unspent money returned to Policy & Resources.

"Anyone who has visited the schools at La Mare de Carteret will have been both impressed by the drive, culture, and leadership, and dismayed by the facilities," Deputy Matt Fallaize said.

"For too long the students and staff have had to work in unacceptable conditions as a result of consistent under-investment. This has been allowed to happen on the premise that completely new facilities might be just a few years away, but our Committee does not believe it is acceptable to maintain the facilities in their current condition any longer." 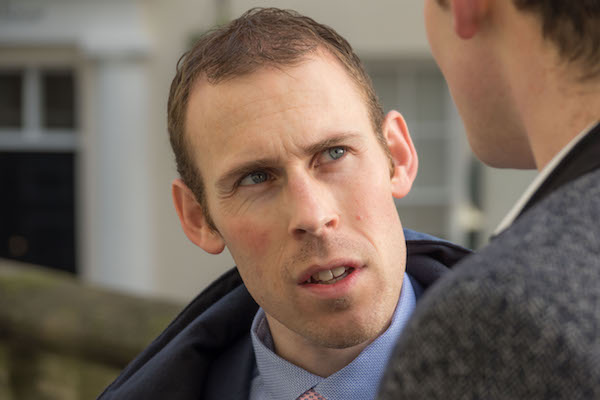 Both the Education and P&R committees said it recognised immediate investment in the schools was "vital" in advance of the restructuring of secondary and post-16 education agreed by the States in January.

At the time Express was told the work would include:

"I do not wish to create false expectations and suggest that these short term works are capable of replicating a newly-built school.  All island students in States-run secondary education will ultimately be in modern, first-class facilities and that will happen as soon as reasonably practicable," Deputy Fallaize said when announcing the planned work.

"However, in the short term the programme of works we have approved can deliver a visibly better learning and teaching environment at La Mare de Carteret by the start of the new academic year in September this year. That is the clear objective we have set our officers."

Vicky Godley, La Mare de Carteret High School Headteacher, also said they were pleased with the planned investments: "It is vital that students and staff are supported during this transition period and these improvements, which are greatly needed, are welcomed by everyone connected to the school."

Since the news was announced in April, ESC have acted on the planned improvements and designs have been drawn up and planning applications submitted. 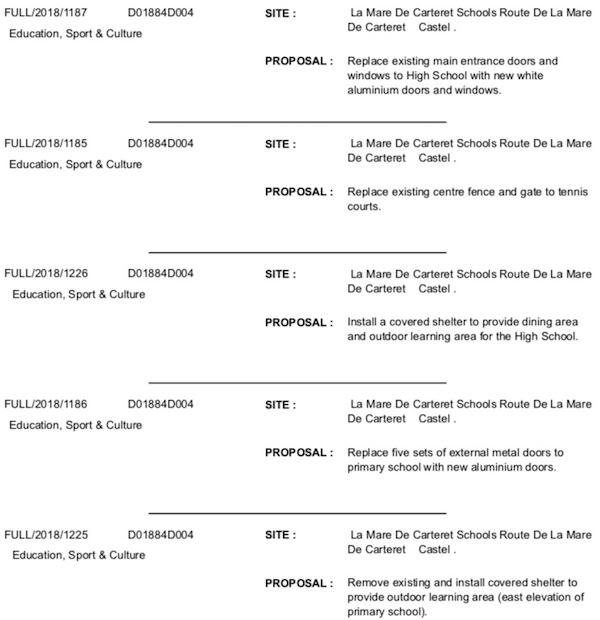 The weekly planning list published on Friday 25 May detailed five applications with proposals to:

If planning permission is given then work will start as soon as possible with a view to it being completed ahead of the school year starting in September.

"Enhanced measures" at all nurseries, schools and colleges