FOCUS: Kicking anti-depressants for medicinal cannabis "has been my catalyst for change" 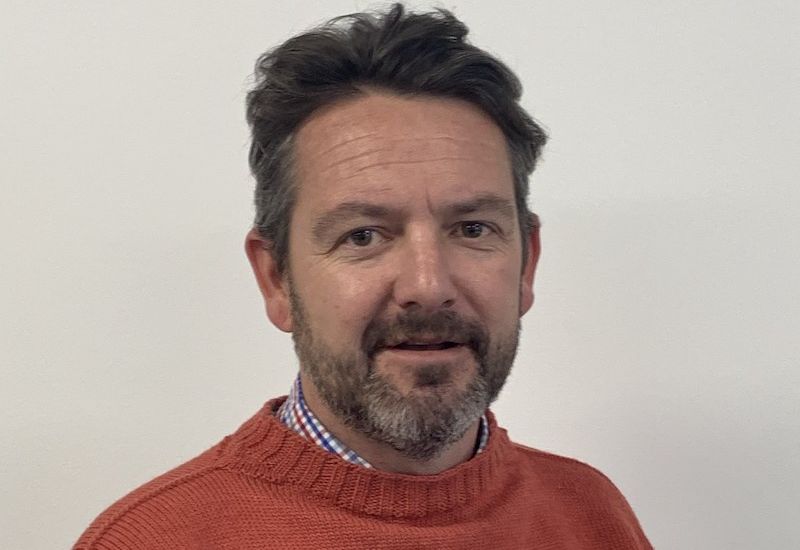 FOCUS: Kicking anti-depressants for medicinal cannabis "has been my catalyst for change"

A 45-year-old man says that taking medicinal cannabis has helped him overcome insomnia and break free of a decade-long dependence on anti-depressants. Now he is calling for cannabis to be treated with the same "respect" as other prescribed medicines.

It followed a lengthy struggle with insomnia, which aggravated his mental health challenges, and psoriasis, a painful skin condition for which he had been unable to find relief.

“Sleep has been an issue for me probably all my life,” said Mr Duckworth, who works in a senior role in recruitment.

“It’s something that I only started seeking medical attention for in the last ten years in the form of pharmaceutical drugs. I tried almost everything you can get off the shelf.

"Around a decade ago I started taking SSRI [selective serotonin reuptake inhibitor] anti-depressants. But the sleep has never really been in control. Work, social life, relationships have all suffered and it has intensified the anxiety and depression to a point where around 10 years ago I was having some very dark thoughts. Any benefits I was getting from the SSRIs were probably overtaken by the side effects.”

Mr Duckworth felt he had exhausted his options. He experienced 'brain fog' from the anti-depressants, he was regularly 'self-medicating' with alcohol at weekends, his weight had ballooned and his anxiety was at times crippling.

This was the position Mr Duckworth was in when he started to consider medicinal cannabis.

It was legalised by the States for medical purposes in 2019. However, without licensed clinicians in the island to prescribe it, patients had to wait for a further change to the law in 2020 to allow clinicians in the UK to supply medicinal cannabis to local patients.

Despite the eye-watering expense of obtaining it, Mr Duckworth decided to give it a try, having first satisfied clinical criteria to allow it to be prescribed.

“It’s a fairly long-winded and expensive process to go through initially because you have to get your medical records sent to your clinic in England to find out whether you will be suitable for the programme," said Mr Duckworth.

"If so, it will be prescribed, and you have to go through an import licence. Once you have that, you need an export licence from the UK and then have the medicine sent by courier.

“I spent £800 before I had even started taking the medication. The primary reason was my insomnia. I hoped that if it helped my sleep issues, the other two main problems I had would subside.” 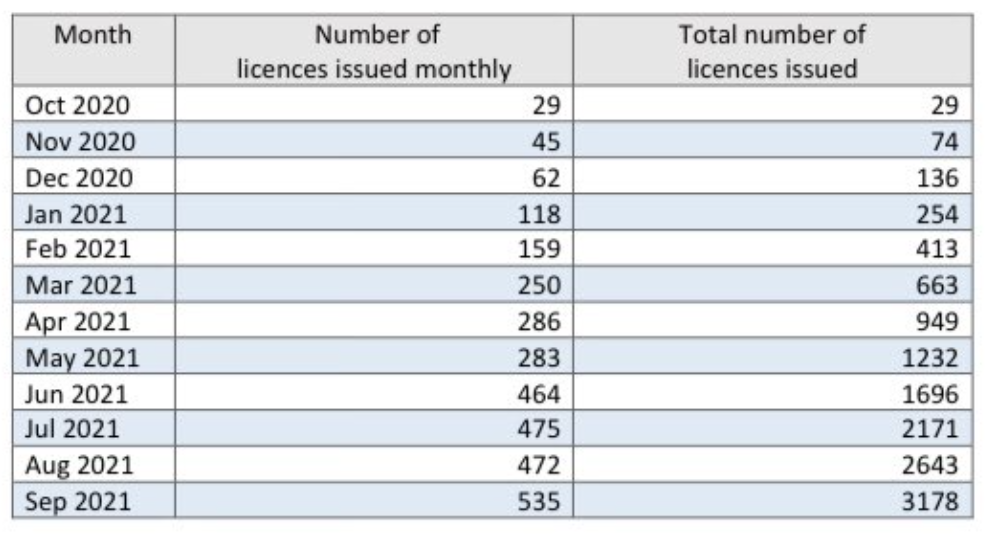 Pictured: A month-by-month analysis of licences issued demonstrates how supply and demand have increased. Medicinal cannabis patients like Mr Duckworth have to apply for a new licence every month.

Mr Duckworth acknowledges that cannabis “has not been the cure for everything”. However, he strongly believes that the ability to get a good night’s sleep has had positive effects in other areas of his health and wellbeing.

He uses two types of cannabis  - one from the sativa plant in the daytime and one from the indica plant before he goes to bed.

“The immediate effects were the sleep benefits," said Mr Duckworth.

"I did a lot of sleeping. It took a little bit of time to adjust to the medication – you could fall asleep at any given opportunity. But I got my first solid eight hours of sleep for as long as I can remember and I woke up feeling fresh, not drugged up as if I’d taken diazepam.

“Since I gave up the SSRIs my cognitive functions have gone through the roof. I don’t get any brain fog, which was a side effect of the SSRIs, and my confidence has greatly improved. Emotionally I am a very different person and that has really surpassed my expectations.” 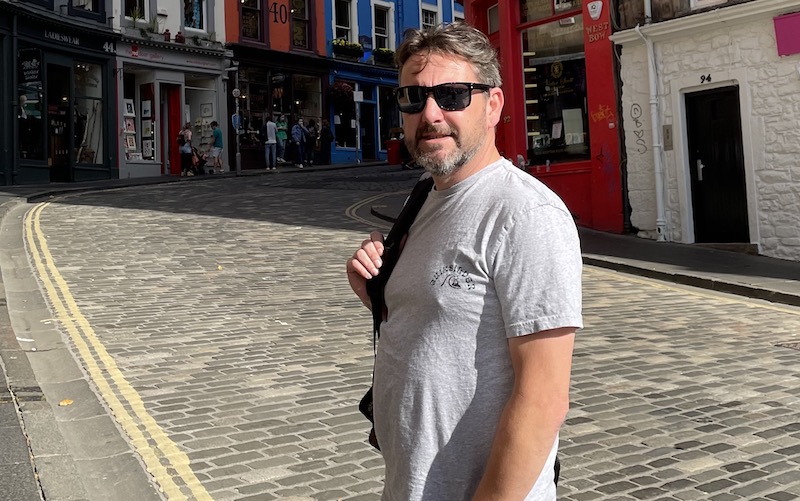 Pictured: Mr Duckworth's partner, Lucy, described him as “calmer and more measured” now in his approach to life. “The change in him has been remarkable," she said. "Now able to get a good seven or eight hours of sleep per night, his anxiety levels have reduced hugely, his true personality is shining through and his motivation and zest for life is palpable.”

“I’ve suffered from psoriasis for a number of years," he said. "It has been resistant to all of the prescription medication I have tried. I noticed an improvement early on in my medicinal cannabis treatment, and it has almost entirely cleared up now.”

It has also enabled him to come off anti-depressants, something he had attempted previously only to go through painful relapses.

“Around four months in, I started reducing the medication I had been taking in conjunction with [medicinal] cannabis. I wasn’t self-medicating with alcohol as much. I wasn't craving carbs all the time. Physically my body was changing a lot. Since the start of the year I have lost around 12 kilograms.

“By six months, I had completely given up all anti-depressants. I haven’t taken diazepam since. In August, I gave up the SSRIs. That was not an easy process. The withdrawal symptoms hit me really hard. I had failed twice previously in the last three years to give up the anti-depressants.”

“The turnaround times are totally unacceptable for a medical prescription"

Mr Duckworth says that he could not have done that without medicinal cannabis. However, he views his use of cannabis as a “race to the bottom” and has already cut his original prescription by 40%.

But he is frustrated by what he considers to be “prejudice” towards users of medicinal cannabis.

“Nothing about the process at the moment has any feeling of being set up for a medical purpose. It feels like a policy was put in place by the States, but without putting any thought or manpower into what resources were needed.”

He is critical of the length of time it takes to obtain a licence to import, which he needs to renew every 28 days. He said there have been times when an application has taken around two weeks to process, leaving him without his medication.

“The main difficulty is the import licence process. The turnaround times are totally unacceptable for a medical prescription. I would expect a 48-hour turnaround which is what I get from the UK with the export licence.”

Several weeks ago, Express contacted the Committee for Health & Social Care. Express made the Committee aware of Mr Duckworth's concerns, asked for the target time for processing medicinal cannabis licences and how often that target time is met. Express also asked whether the licence process is as streamlined as it could be for patients and whether the Committee is considering employing additional staff or redeploying staff to deal with the growing demand for cannabis prescriptions.

The Committee for Health & Social Care has not responded to any of these questions.

“My biggest frustration is the lack of engagement from Health & Social Care," said Mr Duckworth. "I have made multiple complaints and requests for meetings. What I want is for [medicinal] cannabis patients to be treated with respect and in the same category as any medical patient.”

The Committee said that the average cost of processing an application for a licence is £55 and that in the past 12 months it has cost the States the equivalent of £174,790 in staff time to process applications for medicinal cannabis licences.

The Committee said that Guernsey’s Chief Pharmacist spends “10-20 hours per week” as the authoriser of licences. There are currently two full-time and one part-time bank staff members working specifically on import licences.

POPPY'S PEOPLE: “I have no idea what’s going on, but I’m not ok”