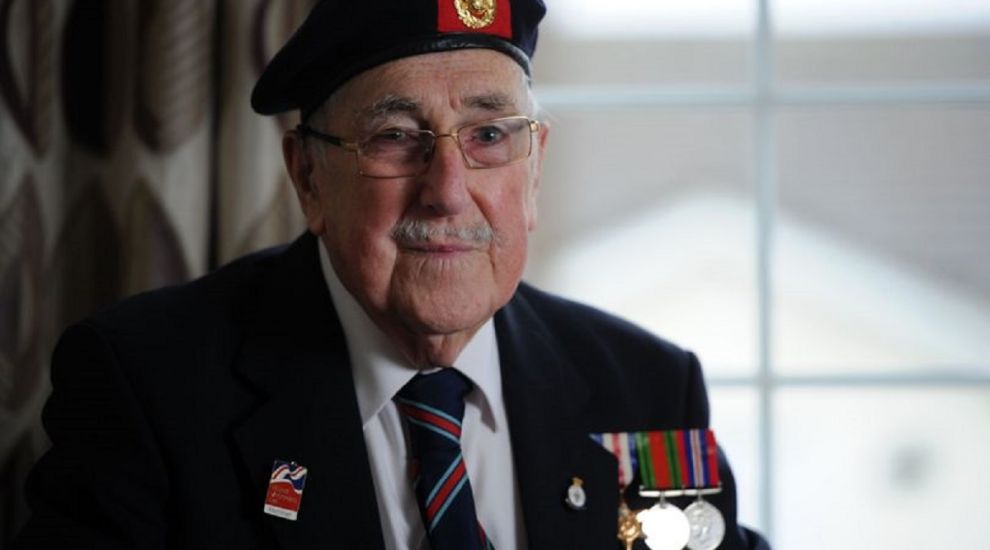 Normandy Veteran, Joe Corless, who was due to be visiting Guernsey today to join in with commemorations, has been reminiscing about his service in the Royal Marines and the part he played in the island's Liberation.

The 94-year-old joined the Royal Marines back in 1943 - aged just 16 - having lied to the recruiting sergeant about his date of birth.

He had cycled with his friend from their home in Torquay to Plymouth to sign up, and within a few months the pair were undergoing military training.

“The camp at the time was the main training depot for the Royal Marines and after passing out I was sent to join a Royal Marines Beach Battalion,” said Mr Corless. “We moved all over the country, doing a lot of training in the Welsh Black Mountains as well, before I qualified as a Landing Craft Coxswain. 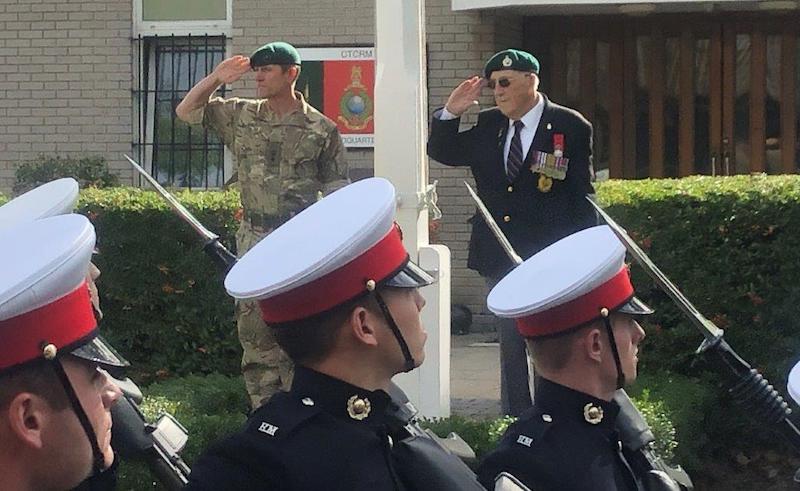 Pictured: Joe Corless in Lympstone, where he had military training.

The Flotilla operated around Normandy and the D Day beaches for some time before returning back to Plymouth. Mr Corless had been looking forward to VE day and the celebrations he knew would follow, but quickly saw a change of plan.

“We were all told to pack our kitbags and get ready to liberate the Channel Islands," he explained.

"We crossed the Channel once again and on 9 May I was heading in to the harbour at St Peter Port on Guernsey, ready to drop off a naval team who would set up the British Headquarters in the town. It all went smoothly for us, because the Germans had signed the surrender on a destroyer in the harbour earlier in the day.

“I remember how pleased the islanders were to see us. They were so enormously happy and relieved. There was no fighting and it seemed very peaceful, it was a very friendly welcome as I recall.”

Mr Corless spent six weeks in the island helping where he could; ferrying supplies across from the ships in the harbour and the big Red Cross boat. He also played a part in moving the German soldiers, who had laid down their weapons and ammunition. They were taken out to prison ships and eventually on to prisoner of war camps in France and England.

“The Germans were friendly as well," Mr Corless recalled. "They were equally relieved not to have fought it out and had been there for nearly five years, so they got to know a lot of the Channel Islanders. We had one moment where we were heading across Guernsey to get to the south side of the island, and as we were walking along we saw a group of about 40 fully armed German soldiers coming toward us. 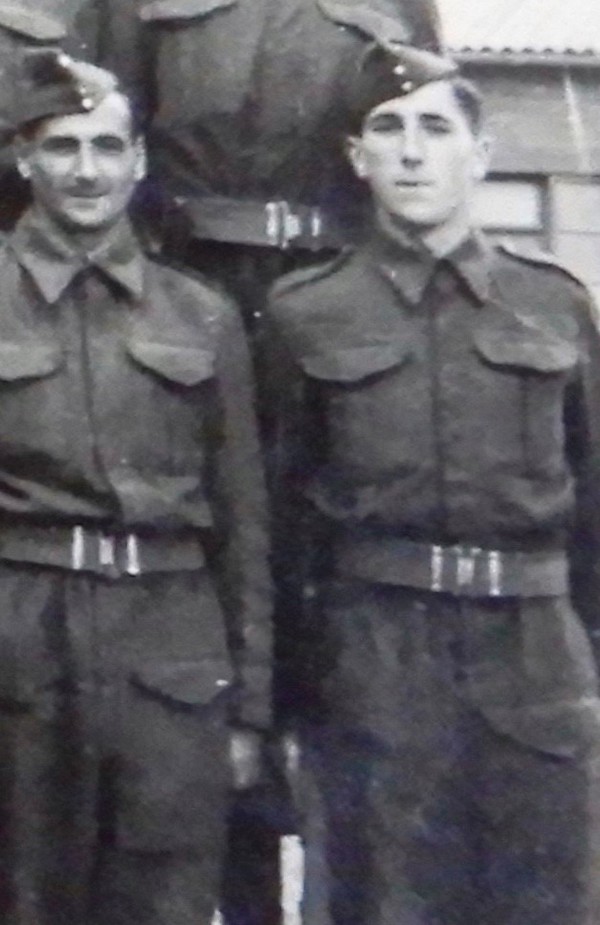 "Our corporal in charge quickly got us to dodge into a churchyard as they passed by. Moments later their officer came along on a cycle, and dropped some papers from under his arm. We picked them up for him and he asked us in English if we’d read the German letter. None of us did, so he explained that it is the surrender order, which he was going to read out to his men who were heading down to the quay. It was a lucky encounter.”

Mr Corless built up a good relationship with the Guernsey people over his short time in the island.

“We got on well with the Guernsey people," he said. "In fact my mate Jim got friendly with one of the girls and her family invited him to their home. He would go there for meals and everything, and for a few years after her parents would send Jim crates of Guernsey tomatoes to give to his mother. They were so friendly and pleasant.”

“Time spent with Joe Corless is always a humbling experience.  I have been privileged to hear personally from Joe his understated account of courage and service from the Normandy beaches on D Day to the Liberation of the Channel Islands.

“Although we cannot be with Joe today in Guernsey as planned, we will all have Joe’s remarkable story in mind as we reflect together on the freedom won through the sacrifice of his generation.

"Joe and fellow veterans – we salute you.“