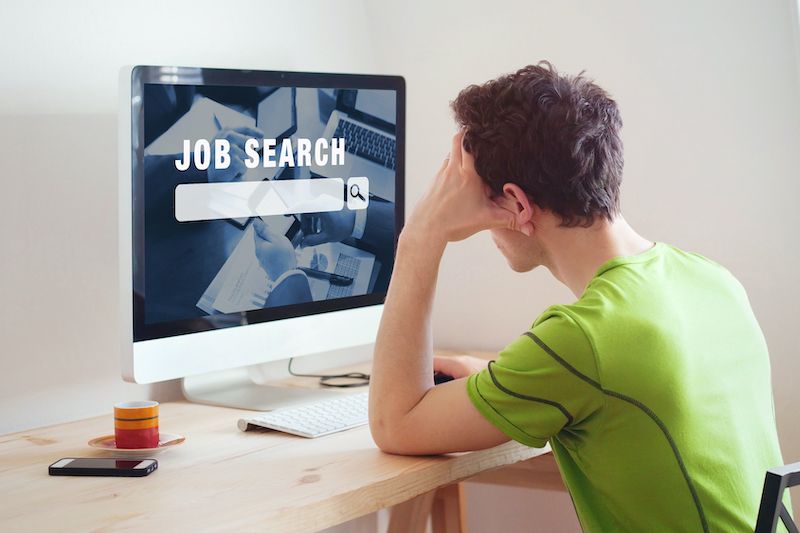 Young adults have been the worst affected by the unemployment crisis caused by the Covid-19 lockdown.

Of those people who lost their jobs during the lockdown, the largest increase overall for both genders has been seen in the 20-29 age group.

Between March 2020 and May 2020, 177 more men and 127 more women in their 20s had to register as unemployed. They were classed as 'wholly unemployed' because they did no part time paid work during that time which was supplemented with benefits.

By comparison the largest percentage change in unemployment for females during the same quarter was in the 30-39 are group, and for men it was in the 60-65 category.

The Unemployment Bulletin released this week covers Guernsey, Herm, Jethou and Lihou, 'and in some cases, a small number of Alderney residents'.

The data for the covid lockdown period has been produced using information gathered by the Committee for Employment and Social Security which deals with benefit payments and social housing rent payments. 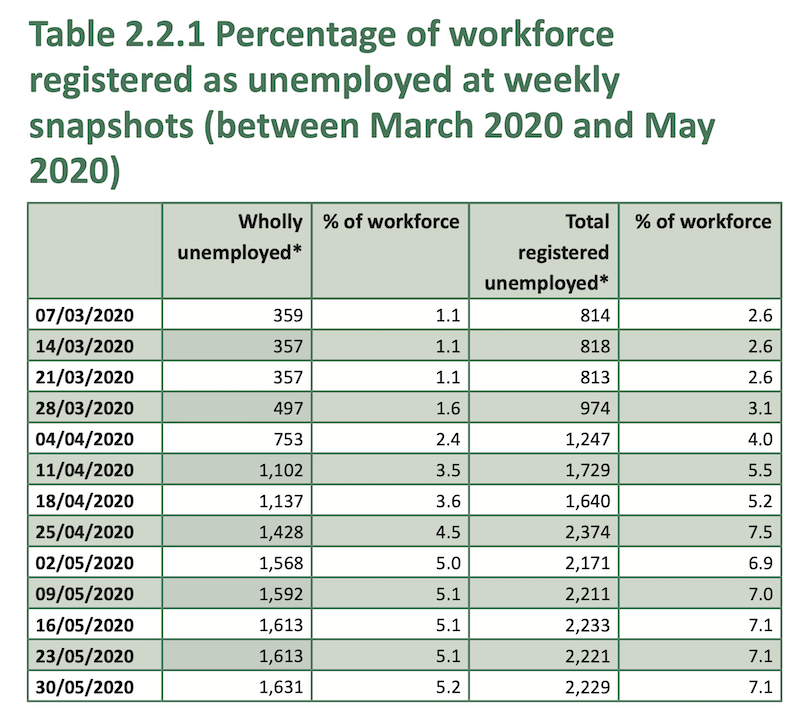 A historic comparison has been provided showing that the unemployment rate now is at its highest ever based on records kept by the States. The previous highest number of people classed as unemployed in Guernsey was in early 1983 when 1,014 people were registered with social security. The criteria for being registered unemployed has changed over the years with data now kept detailing people who are working part time and claiming supplementary benefits or those attending training courses or voluntary schemes.

The data for the lockdown period also includes people who had to claim income support due to unusual circumstances because they had been furloughed without pay.

The officers responsible for extracting unemployment numbers from the claims 'have erred on the side of a claimant being unemployed if the classification is not clear'.

As a result ESS has said the figures published may be overstated and that will be reflected in future updates. 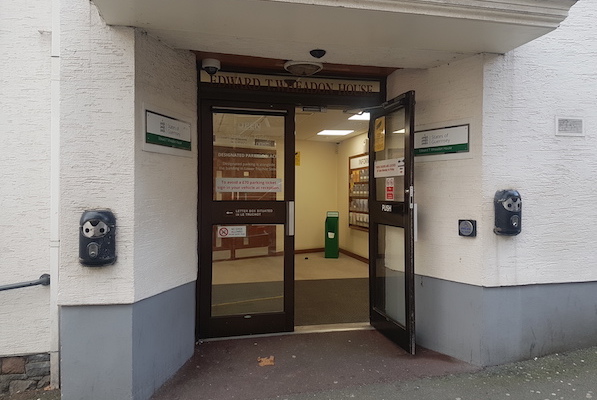 Pictured: The Job Centre is at Edward T Wheadon House.

At the end of May this year a quarter of the 1,681 people claiming unemployment benefits cited their skills as relating to administration and finance.

17% said they had experience in construction and trade, 15% had previously worked in retail and 11% were from the catering and hospitality sector.

The number of job vacancies advertised by the States during the lockdown does not match those figures though.

Fewer than 10% of the job vacancies advertised were in the finance sector.

As the largest employer in the island, the States of Guernsey itself has a temporary block on recruitment with only roles deemed essential allowed to be advertised. Those are mainly within the health and education sectors.