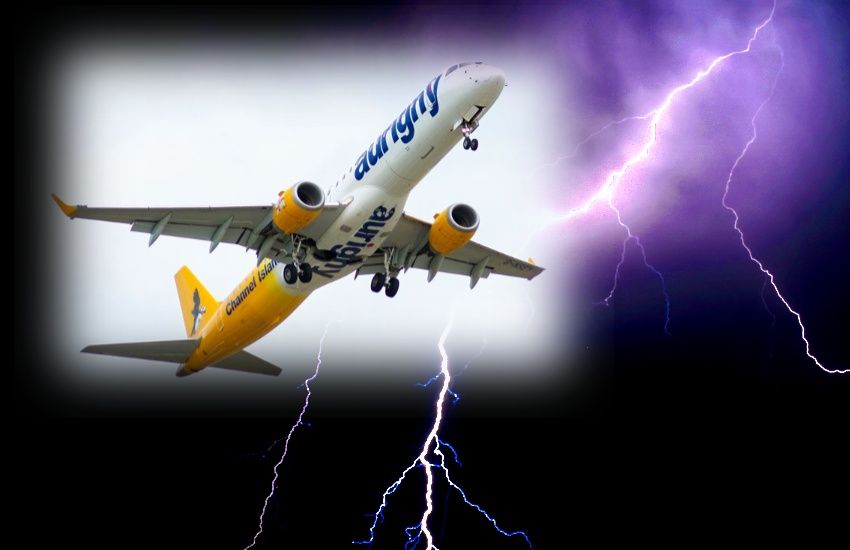 Aurigny's Embraer jet was struck by lightning while on its way to London Gatwick in last night's electrical storm.

Passengers were flown back to Guernsey after the mid-flight strike and landed in the island safely.

Guernseyman Nathan Jones, who was on the flight, shared his experience on social media.

Didn't really feel anything, heard a noise sounding like a case falling over, then told we were returning, so not too scary

Subsequent flights between Guernsey and London Gatwick were cancelled to allow time for the aircraft to be assessed.

At just after 21:00, Aurigny's senior leadership team said that "ground handling teams are working with our customers to re-arrange disrupted travel plans".

"Safety is always our number one priority. Once the aircraft has been fully checked over and declared serviceable, it will be returned to operational use," said the States-owned airline.

An hour or so later, Aurigny announced a schedule of flights between Guernsey and London Gatwick for this afternoon and apologised to passengers for any inconvenience caused by the unavoidable disruption to travel plans.