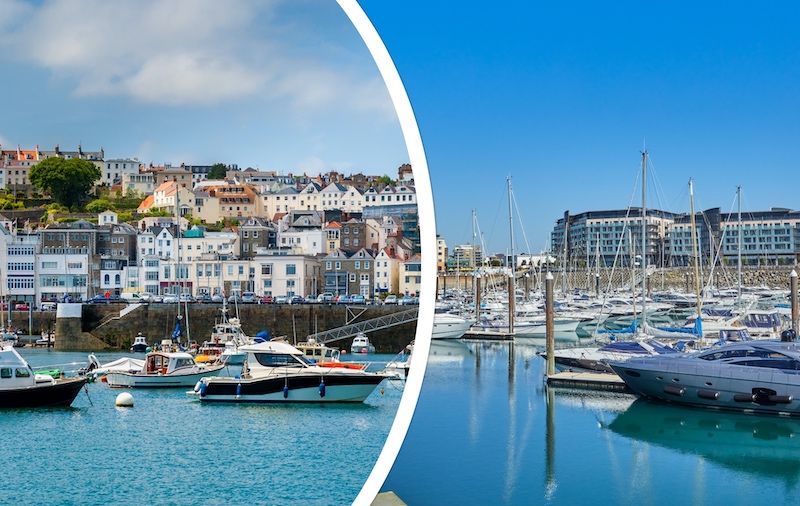 Guernsey's Chief Minister has declared his willingness to explore a 'travel bubble' with Jersey, so Express has analysed whether this is a more realistic option now than at any other stage in the pandemic.

There is no indication of Guernsey's border policy changing during the three stages of our exit from lockdown strategy, with non-essential travel banned, 14 day self-isolation for essential travellers who comply with day 1 and day 13 testing, and 21 days for those who do not.

It means that a 'fourth winter' for tourism is looking increasingly likely this summer and people's holiday plans shrouded in uncertainty. With borders effectively closed and with more transmissible variants of Covid-19 prolonging the pandemic, Guernsey's leaders are once again exploring travel bubbles, which allow people to move freely between two places.

Last summer, unrestricted travel was available between Guernsey, the Isle of Man and the other islands of the Bailiwick. Despite being our neighbours, contrasting approaches to the pandemic meant Guernsey and Jersey could not have been much further apart. 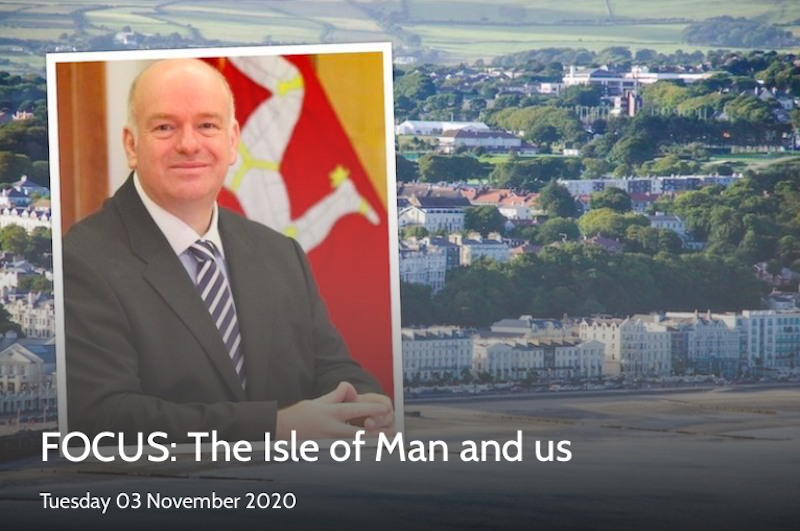 Pictured: Guernsey linked up with the Isle of Man between July and September. The northern isle's Chief Minister Howard Quayle told Express he would like to forge longer-term links with Guernsey.

After closing its borders to non-essential travellers on 20 March 2020, Jersey re-opened its borders on 3 July under the 'Safer Travel' policy. It allowed people to take a PCR test for Covid-19 upon arrival in Jersey and then move around freely from then on, if their test results came back negative.

Other than key workers, 14 days quarantine has been enforced for anyone coming into Guernsey since our first lockdown, irrespective of them testing negative on-arrival.

Having enforced a stricter policy this year, Jersey's Government is keen to open 'travel corridors' with other jurisdictions that have a low number of Covid cases, potentially as early as Easter.

Civil Contingencies Authority Chairman Peter Ferbrache confirmed to Express that this is something our government will pursue when in a position to do so.

After six months with no community restrictions, Guernsey experienced a second outbreak and went into an immediate full lockdown on 23 January following the emergence of community seeding. Four weeks later, the outbreak is in remission and is down to 74 cases after peaking at 366 two weeks ago.

Meanwhile, Jersey experienced its own outbreak in December, with active case numbers totalling more than 1,000 at one point. Since gaining control of that outbreak, Covid-19 cases have been kept to relatively low levels, with just 38 known active cases at the time of writing. 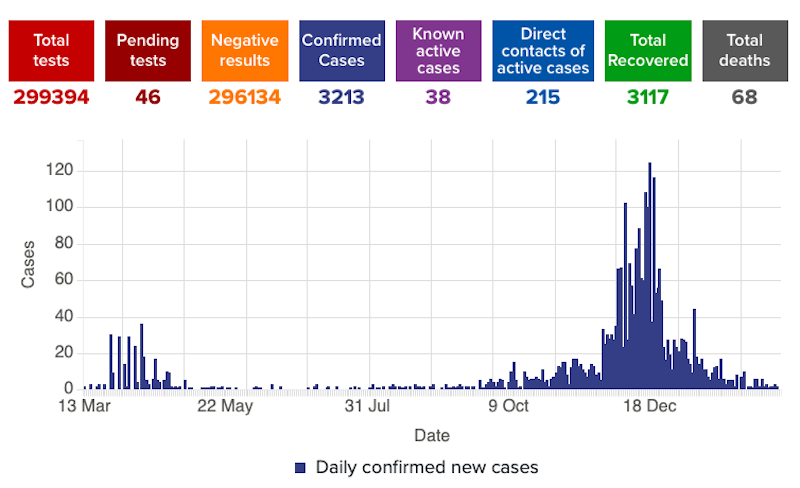 Pictured: A well-publicised outbreak in Jersey last week, caused by home gatherings and a potential travel breach, was contained, with no positive cases on Saturday and only 46 awaiting tests.

Jersey's Chief Minister Senator John Le Fondre has raised the prospect of opening the island's borders to jurisdictions with covid under "tight control", as he announced that hotels will be allowed to open for 'staycations' from Monday 22 February, with cafés and restaurants due to re-open at the same time.

Today is also an important day in Guernsey's recovery from Covid, with the island moving to Stage 1 of its three-tiered exit strategy.

This means that households will once again be able to 'bubble' together, non-public facing businesses will be able to partially reopen, takeaways will be back on the menu and outdoor recreation time will double from two hours to four a day.

Pictured: Guernsey's outbreak appears to be in remission and is down to 74 known active cases after plateauing at 366 two weeks ago. A small number of new cases continue to be identified - in recent days this has been mainly through workforce testing.

Since mid-January, all passengers arriving in Jersey have been treated as having landed from a 'red zone'. The restriction, which means that all new arrivals face at least 10 days in quarantine and must undergo three covid tests, was introduced in response to more infectious variants of covid being identified around the world.

Meanwhile, Guernsey has banned all non-essential travel for an indeterminate length of time, with islanders having to apply for an essential travel permit to come into or leave the Bailiwick. For those that do arrive or return here, 14-day self-isolation requirements with day 1 and day 13 tests await, with heavy fines for those who breach their quarantine.

Just last week, a man returning to the island from Europe was slammed with a £10,000 penalty - carrying a direct alternative of 500 days in prison - for visiting a relative at a supermarket and then popping to the pub on the day he came back to Guernsey. 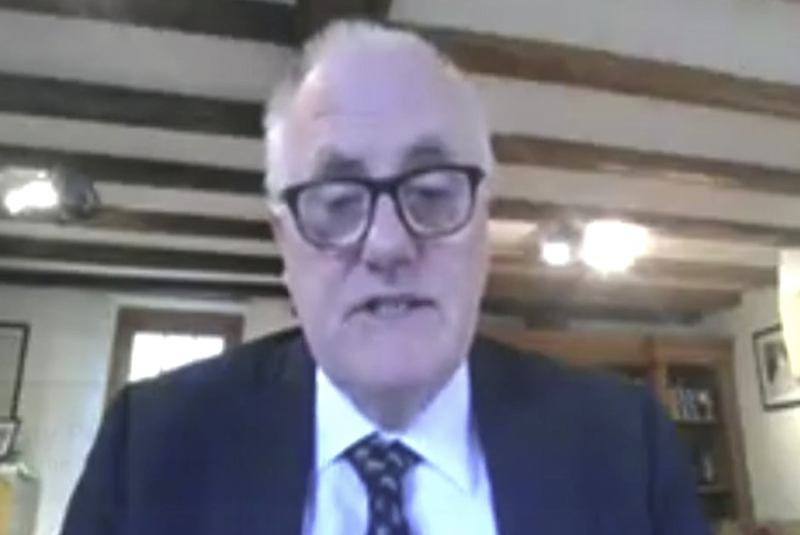 Pictured: Deputy Peter Ferbrache has refused to be drawn on when border restrictions might be relaxed on a wider scale, saying only that it certainly will not happen during the three stages of our exit from lockdown.

Last year, there was little appetite in Guernsey to pursue unrestricted travel with our sister Channel Island due to the diverging responses to the pandemic. Guernsey, at the time, was pursuing an elimination-style strategy, while Jersey employed a 'delay, contain, shield’ strategy that sought to limit the number and nature of cases at "low levels".

Guernsey's approach has shifted in the latest outbreak, with Public Health ruling out continued pursuit of elimination and instead aiming to "suppress" and control the presence of the virus in the island.

"What we are looking to do is suppress the virus to a level where it doesn’t impact on the health and wellbeing of the community," said Guernsey's Public Health Director Dr Nicola Brink.

"We are aiming to get down to a situation where we don’t have active community seeding and to protect the health and wellbeing of the community while we go through an immunisation programme."

The first nine priority cohorts - the last of which is over-50s - are due to be vaccinated by April, while Jersey is also following JVCI guidelines and has committed to doing likewise by the end of March before moving on to the wider population. 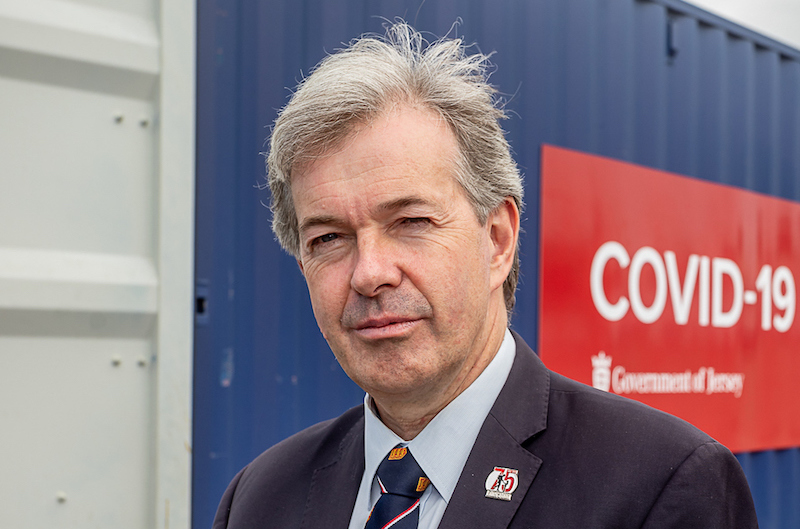 While there have been no notable polls of public opinion this year on a Guernsey-Jersey air bridge, there are more similarities now between the two islands' approaches than there were last year.

Responses to an Island Global Research survey, completed in June 2020, found that 45% of people in Jersey who replied were in favour of a 'travel bubble' with Guernsey, compared to just 14% of Guernsey respondents.

There has been little to no political challenge in Guernsey to the Civil Contingencies Authority's decision-making. Jersey's Chief Minister has repeatedly come under fire from his political colleagues, some of whom say he has "mismanaged the pandemic" and "put the island at risk".

Each island's leaders have been at pains to sidestep comparisons, with the embattled Senator Le Fondre - who survived a vote of no confidence in November - retorting last year that: “It’s only going to be in 5 or 10 years’ time that we will know who did better or who did worse I’d suggest."

“It’s not a competition, it’s about following the profile that’s appropriate for our island.”

While it never appeared likely last year, linking up with Jersey may be an appropriate next step, as both islands seek a controlled re-opening of borders to carefully-selected jurisdictions.

Travel companies "on standby" as calls for road map intensify