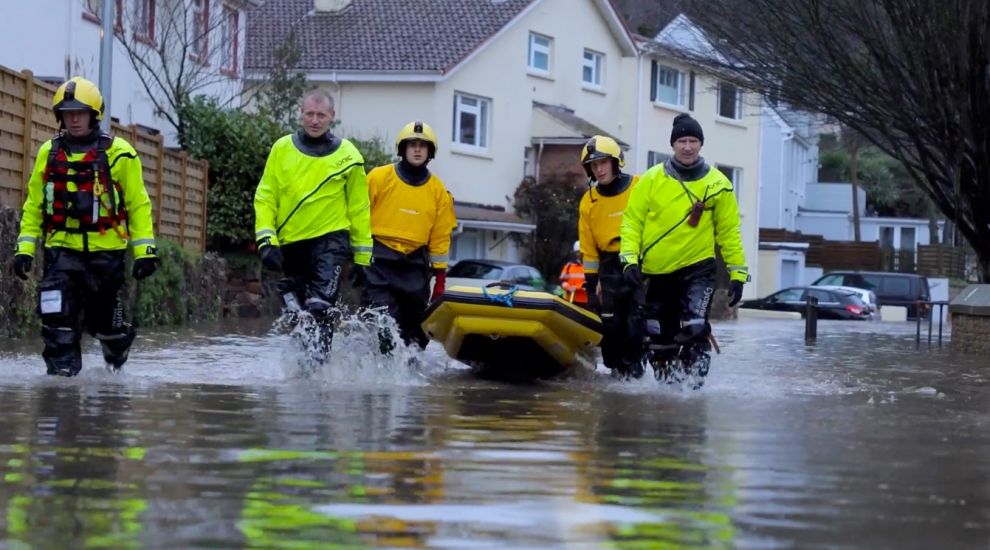 Authorities in Jersey have declared a major incident today after heavy rainfall led to serious flooding in St Saviour, with 30 more households expected to be evacuated.

20 households were evacuated in the Grands Vaux area earlier today - some by boat and tractor - with residents placed in alternative accommodation.

Jersey Government officials this evening said that Grands Vaux reservoir had since "overtopped" and begun to spill water into the immediate area, putting more homes at risk.

They said that up to 25mm more rainfall is expected this evening and overnight, after the island experienced half a month's worth of rainfall in the past 24 hours.

Video: The Fire and Rescue Service have been helping some people using dinghies due to the high level of the water. (Hannah Fitzgerald)

The Jersey Hospitality Association put out an urgent call for hotels in the town area to offer rooms to house the evacuated residents, who were being cared for in St. Saviour's Parish Hall.

It also confirmed that Grands Vaux School will not open tomorrow, for the second day in a row. Although the floodwater has reached the school site, the Government said that it has not affected the fabric of the school building. 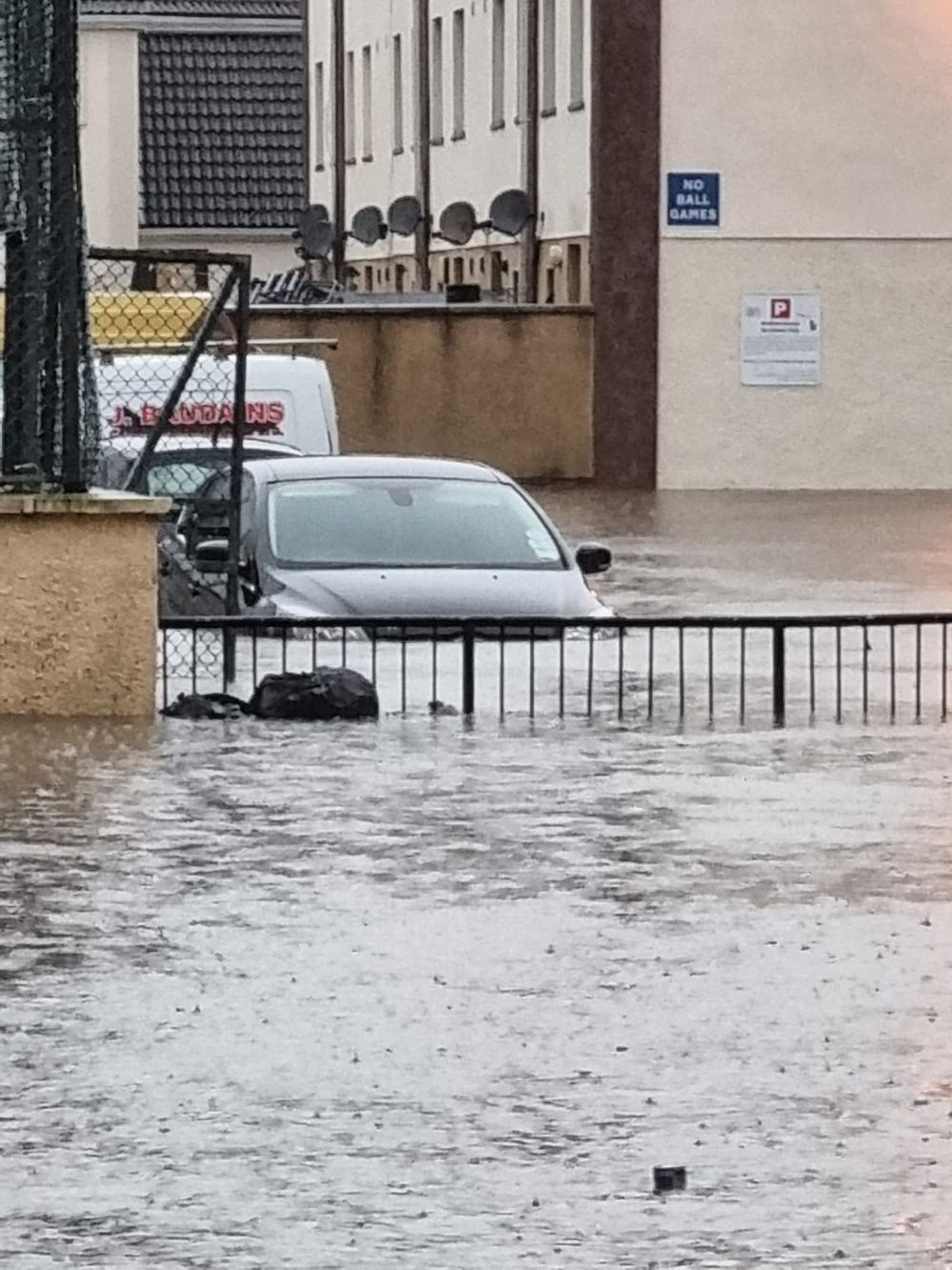 Nataly Fay, a resident of Nicholson Close in Grands Vaux, said the flooding was the worst she had seen in the 18 years she had lived there.

"Even though we’ve put the barriers up it’s still coming in - it’s all through the house now," she explained. "It’s usually our road that gets flooded but it’s much worse this time, I’m really worried."

She added: "Everything is going to be ruined, it’s awful."

Another resident, Steven Ozouf, took to social media this morning to issue a desperate plea for sandbags to prevent the water entering the homes of him and his neighbours.

However, it was too late and Mr Ozouf and his family were evacuated from their home this afternoon.

Several roads in the area remain closed as a precaution whilst Jersey Fire and Rescue clear drains and securing the area. There are further road closures in St. Mary and St. Martin due to standing water and some overflow from other reservoirs.

Jersey Water is now pumping water from Grands Vaux reservoir into Queen's Valley reservoir, where it can be treated.

The cavern, which collects overflow during heavy storms, was full at 05:00 this morning.

Any additional overflow will continue to flow into St. Aubin's Bay and several other sites until the inflow stops and the excess can be pumped into the treatment plant.