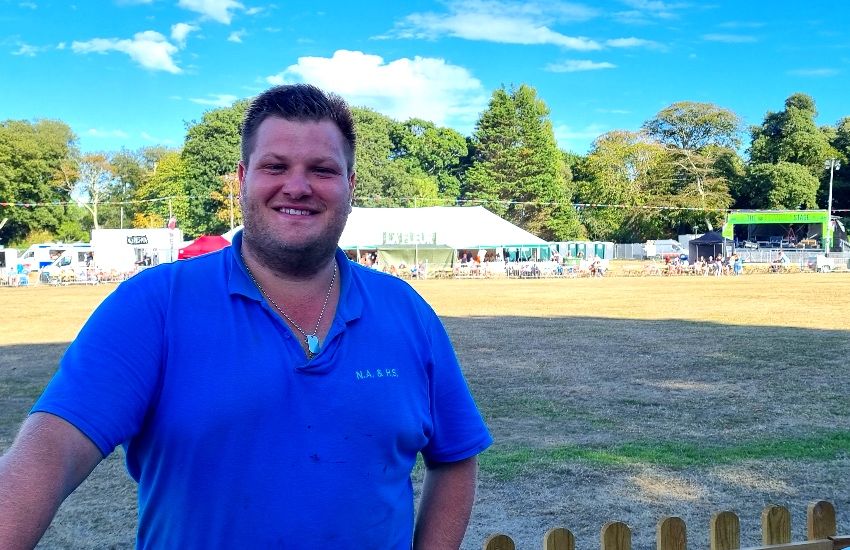 The North Show kicked off with a return of sunny skies yesterday morning, and a full day of events and entertainment, including the Battle of Flowers and firework display, which are set to go ahead today at Saumarez Park.

Queen 2 played day one of the Show to a close on the Bailiwick Express stage last night, and the Big Band Collective are headlining tonight - taking a brief break to allow for the ‘Grand Firework Display’ at 21:50.

But the main event of day two - the Battle of Flowers parade - gets underway in the main arena at 14:30. A floodlit parade of all the floats is also scheduled for 21:15.

Josh Gabriel, Show Manager, said, whilst organising the show has kept him“very busy”, he expressed delight at “so many people coming down to the park”.

“It’s so important we keep shows like this alive, so I’m really pleased. We’re also very grateful to the nearby residents of Sausmarez Park - whilst the show is only two days, it’s really a week of disruption.

“I love the atmosphere, and its amazing to see the car park completely full on Wednesday afternoon."

The Committee is hailing all new features at this years show, such as a a new flowered sign and foliage in the beer tent and the outdoor Bailiwick Express music stage. 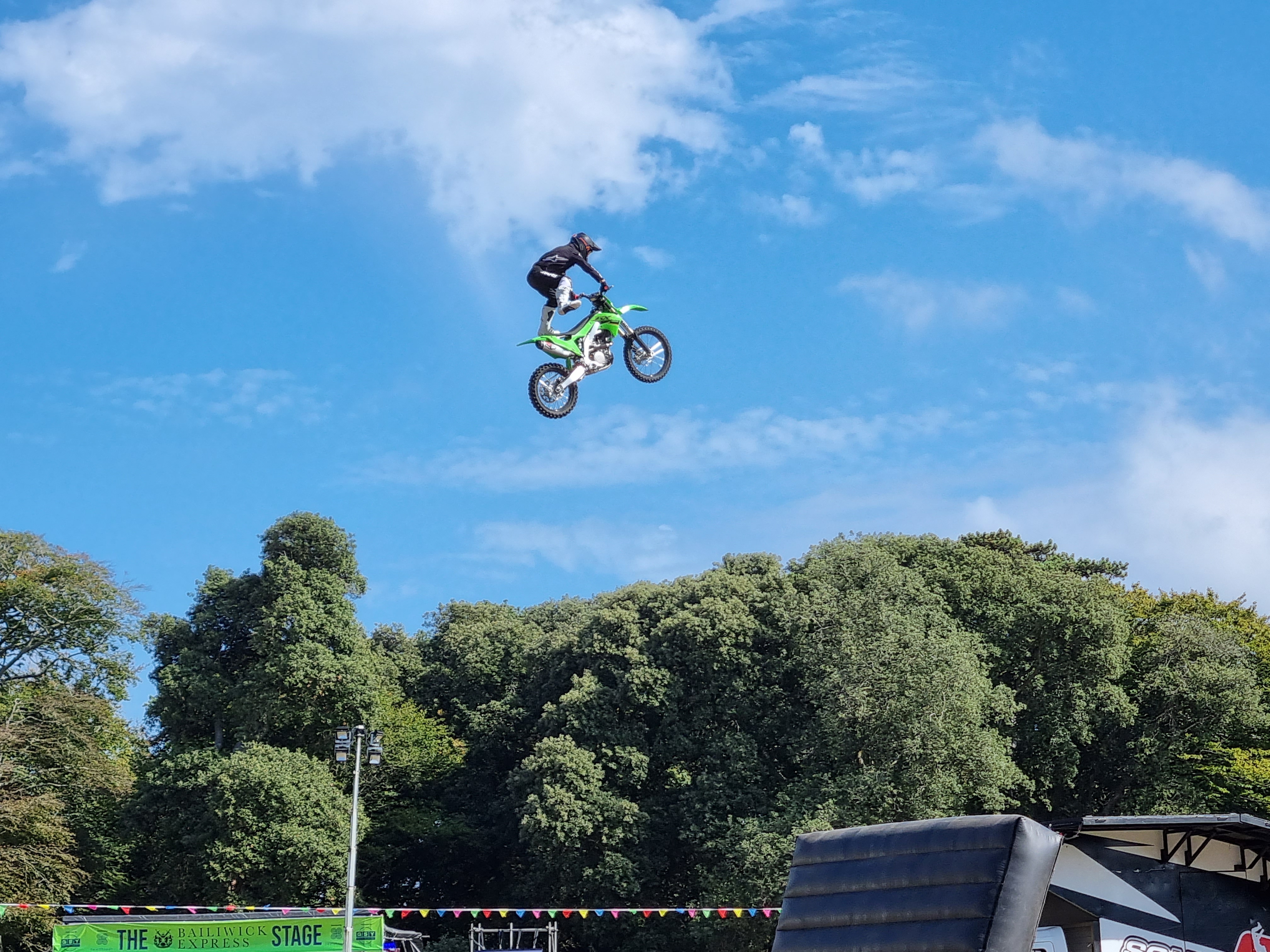 A lunch was held in the Committee tent by the Northern Agriculture and Horticultural Society where the outgoing president, Gary Trimbee-Laine, was applauded for his hardwork and dedication to the Show over many years.

Mr Gabriel was unable to deny rumours that he might become the next president of the committee, only saying “never say never”.

Mr Trimbee-Laine said they have always striven to feature “some of the best UK and local entertainment” including the Equestrienne Stunt show, noted as being the UK’s “first female equestrian stunt team”.

He added that the Squibb Freestyle motorcycle stunt team represent “a death-defying feat of man and machine”. 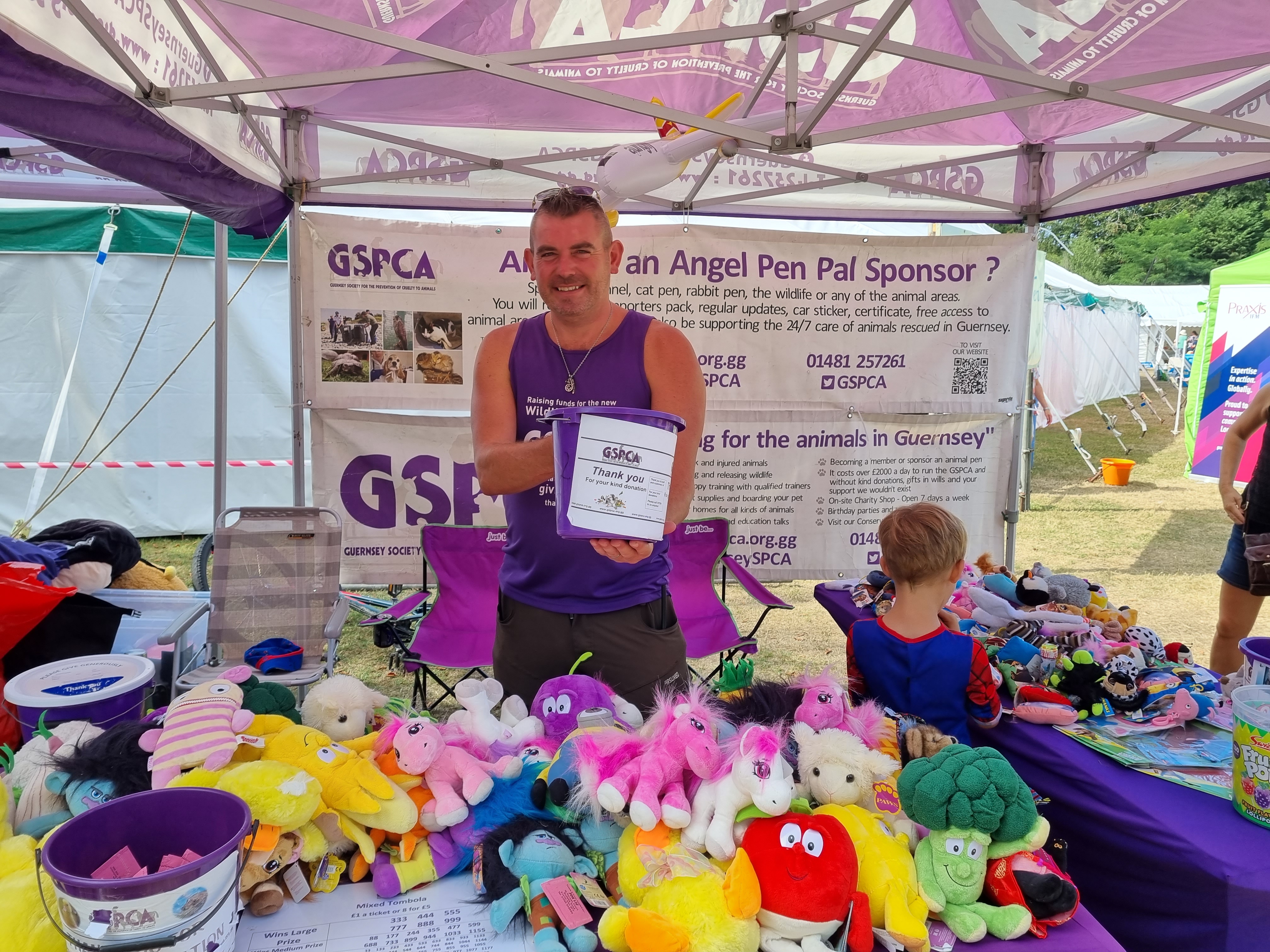 Steve Byrne, Manager of the GSPCA, who is overseeing their stand, told Express they have attended the show “every year for over a decade”, and said they usually raise between one and two thousand pounds each time.

He added that they are often greeted by people they have re-homed animals with, and yesterday received a ￡50 donation from someone who recently had their escaped dog rescued by the charity.

The Pollinator Project are also on hand to offer horticultural advice, and are selling a selection of native plants alongside GROW.

Barry Wells, managing their stand, showed off a microscope where they are allowing “children and adults” to take a closer look at insects and their features on a big screen.

They also have a clear box with a praying mantis, which was found by chance on one of the team’s cars yesterday morning.

“We want to impress upon people the importance of pollinators,” said Mr Wells. 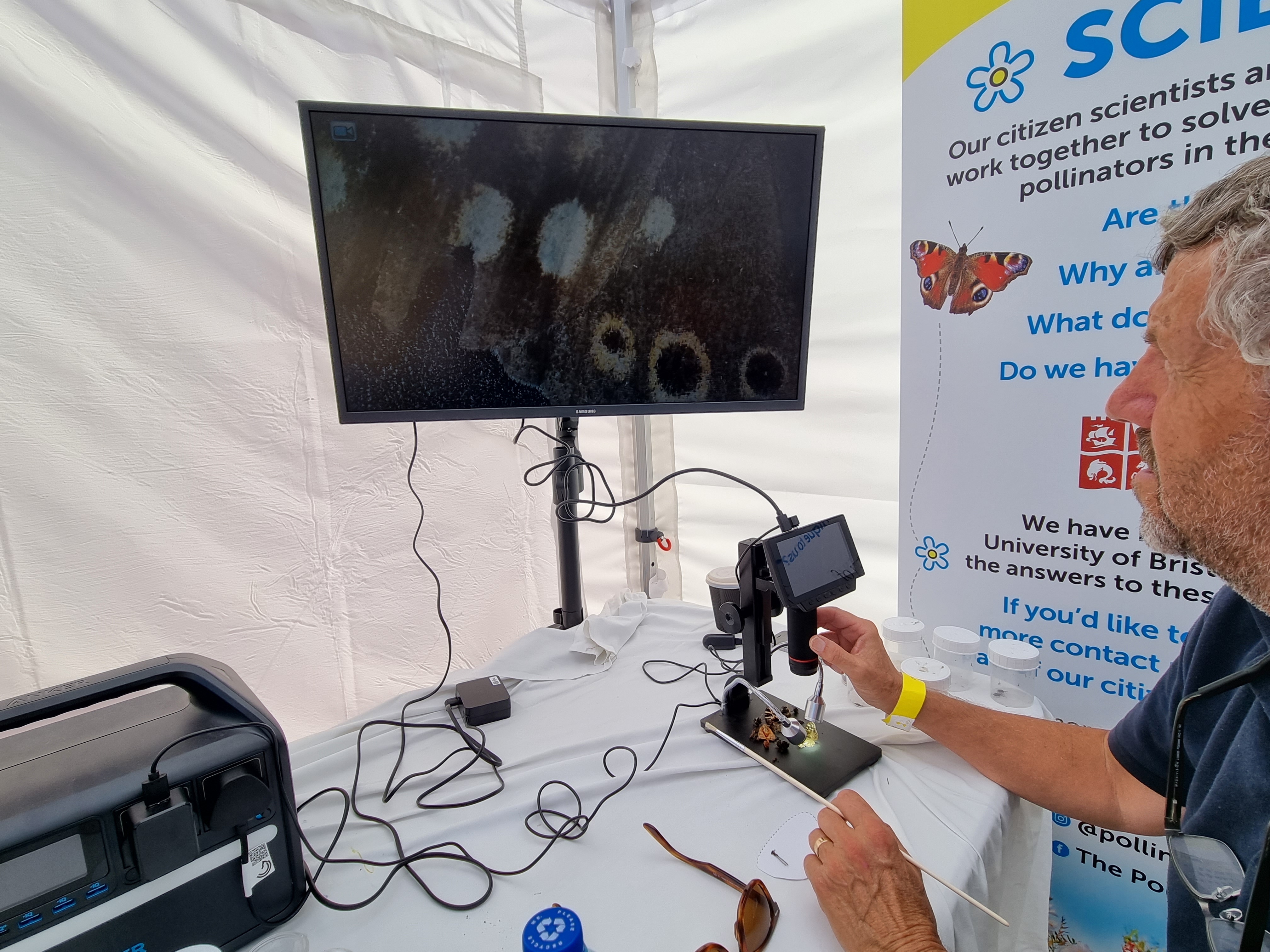 There's also plenty of time to sign up to our daily newsletter to be in with a chance of winning Aurigny tickets.