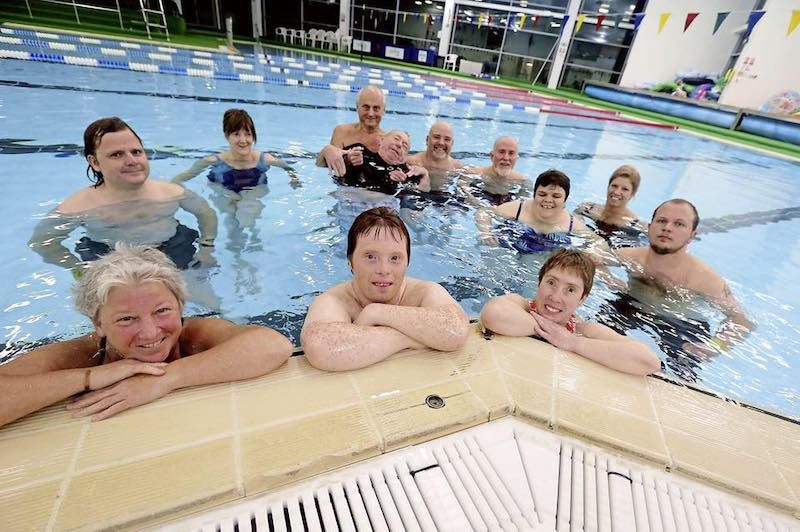 Stemming from a "distraught" telephone call five years ago, Guernsey Disability Swimming has grown to include around 50 swimmers and a team of about 15 volunteers, who have now been recognised by Her Majesty The Queen for their efforts.

The charity, which runs a weekly swimming session for people of all ages with all different types of disabilities, has been given The Queen's Award for Voluntary Service - equivalent to an MBE.

"It started with a very distraught telephone call from Ruth Parsons, who had been helping disabled swimmers for about 20 years," explained Roger Allsopp, from the charity. "The public fundings for the hire of the pool at Beau Sejour once a week had been withdrawn, the numbers were diminishing and it was very difficult to see how the situation could continue.

"I was a bit disabled myself at the time, having recently crashed a car, and said 'yes, I'm sure we can help'."

From there, Mr Allsopp picked up the phone to his friends who offered to lend a hand. 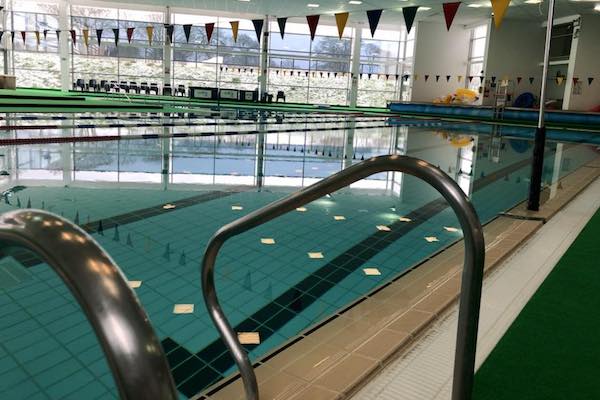 Pictured: The sessions are held at Beau Sejour swimming pool once a week.

"We all put our feelers out for people who we felt would make great volunteers and quite a few of those volunteers came from the open water community," explained Adrian Sarchet, who is also known for his extreme sea swimming efforts as the 'Sea Donkey'.

"When they arrived at the first swimming session they found that they were actually the least adventurous swimmers in the water - some of our disabled swimmers have overcome such massive barriers. Actually arriving at swimming, for some of them, is a huge endeavour. Some of them have got quite profound disabilities, but they’re taking part with a smile on their face and doing their best to inspire everybody around them.

"The volunteers found this to be the most uplifting hour of their week and as a result of that, it started to grow."

Some swimmers will only join the sessions for a short period of time - for example, those with temporary disabilities following an accident - while others look forward to the sessions each week.

"I work in Adult Disability Services and I know what a difference it makes to use hydrotherapy and water therapy," explained Mandy Mackelworth of the charity, "but it’s not just about that.

"We’ve got people with Asperger's who can’t cope with the sensory overload of Beau Sejour and having lots of people around, but who are now coming every week. After doing one width and really struggling, they’re now doing lengths and lengths, enjoying it and joining in with others. They’re being inspired by people like Kiri Knight, who swam the open water swim.

"We do some physiotherapy with people, we do laughing and joking in the water - it’s a social time and it's whatever anybody needs."

Swimmers vary in age and ability, with the youngest only four-years-old and the oldest about 80.

"We want to make it accessible to everyone whether they’ve got a physical disability, mental health issues, sensory disabilities, autism, learning disability - anything at all," Ms Mackelworth continued.

Some members have even been able to take to the water after being told by their doctor that they might never be able to do so. 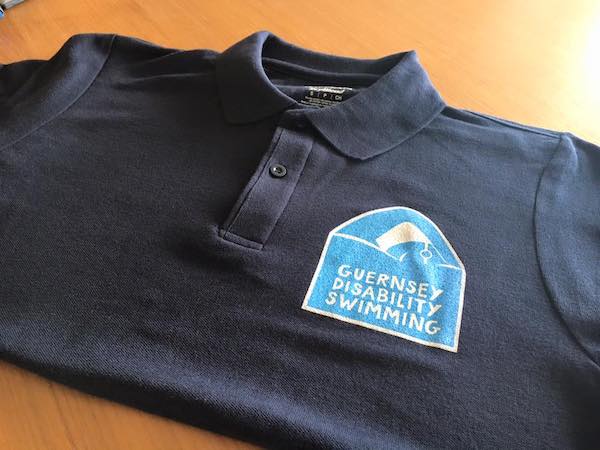 Pictured: Around 50 swimmers are registered with the charity.

"We’re talking about people maybe with epilepsy, where the GP has said 'it’s too dangerous for you to go in the water' or school have said 'it’s not safe for you to have swimming lessons'.

"So we’ve done a risk assessment around people being in the pool and how we could evacuate them and how they would be supported, so they are able to enjoy the water safely. It is safe to be in the water if you have epilepsy, so long as you follow really close guidelines."

Despite facing event cancellations during the corona virus crisis, the charity is still working with Beau Sejour to fundraise for new equipment, making the pool more accessible for swimmers with disabilities.

"The current thing we’re working on is for those people who can’t use the steps and have to get into the pool via the existing hoist," Mr Sarchet said. "There is a fairly medieval-looking ducking stool contraption at the moment - the person sits in a hard wheelchair that gets attached to a hoist, which gets lifted into the air by one of the lifeguards. You then get levered out over the water and slowly inched into the water.

"In the 2012 Paralympic Games, the organisers gave themselves the planning condition that they had to come up with a more dignified way of getting athletes into the water. They came up with this thing called ‘pool pod’ - it’s a revolutionary type of poolside lift. It means there is a really dignified lift that you can wheel your own wheelchair into and the lift lowers you into the water. It means that the person in the wheelchair is in charge of the whole process.

Mr Sarchet is planning another long distance open water swim later in the summer to raise money, but donations are already being accepted via giving.gg.

The charity's award was announced on 2 June; the anniversary of The Queen's coronation.