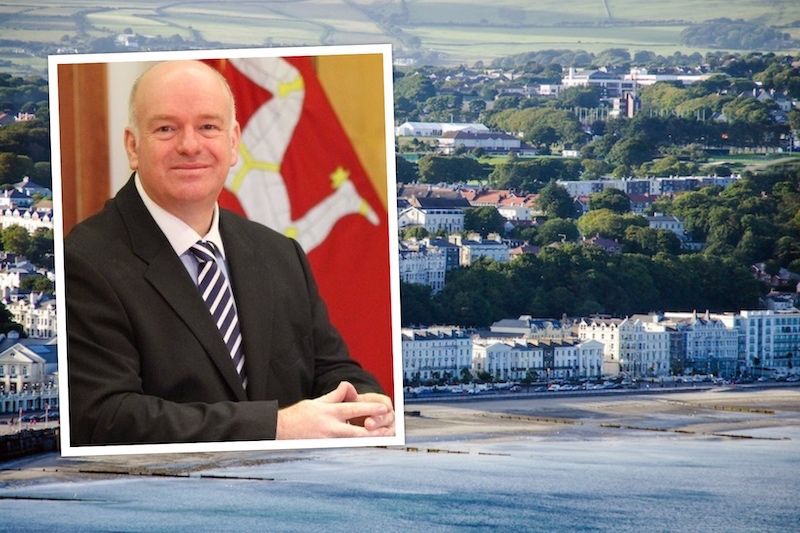 The Isle of Man's Chief Minister wants to reconnect with Guernsey in the future through "long-term" transport links, as he reflected on the multi-layered impact of the pandemic, the domestic challenges both islands face and the need to prepare for the worst as his homeland gears up for a no-deal Brexit.

In a wide-ranging interview with Howard Quayle, the Isle of Man's leading politician spoke to Express about some of the common issues faced by both islands, including Brexit, economic regeneration and connectivity in the midst of the global pandemic.

As Crown Dependencies, the islands have a long-standing relationship, however the pandemic has brought us closer together. Low prevalence rates in both places led to the introduction of an air bridge on 21 July that carried over 5,000 passengers during its first seven weeks in operation.

Last month, a cluster of cases locally led to the cancellation of half term flights and the postponement of the air bridge, however Mr Quayle's overriding reflections on the link-up are positive.

"It has been incredibly popular, I took part in it myself with my wife, we spent three days in Guernsey and went to Sark, but were unable to go to Herm because of the weather.

"We as a family would love to come back, I am very supportive of the air corridor and would like to keep a connection with Guernsey in the future."

Today's #COVID19 Briefing, scheduled for 4pm, will now take place tomorrow at 1pm. The public health teams in the #IsleofMan and Guernsey are liaising over the COVID cluster in Guernsey, where the testing of contacts continues. pic.twitter.com/ZmsWhjbrkl

Pictured: The Isle of Man's Government announced that it would be postponing the air bridge on 23 October due to the current cluster in cases locally.

Mr Quayle's enthusiasm for a long-lasting arrangement is unwaning, although it is yet to be seen whether Aurigny would support that post-pandemic when other UK airports become viable destinations again.

"Whenever we have had discussions with them they weren’t looking for long-term, whereas we are interested in the long-term," said Mr Quayle. "What I would like to see long-term is flights between the islands at certain times when covid is under control with a vaccine."

Even if those plans do not come to fruition, he said the air bridge served a vital purpose which goes beyond just economics.

"It was obviously not going to solve the problems we face with tourism, although it would have helped with some cash flow. More importantly, it gave people who were worried about travelling a nice place to go away where they could unwind without the fear of having to fly to the UK, where cases are increasing and we have recently seen a spike."

Extremely pleased to have landed safely in #Guernsey for a short break while taking advantage of the #airbridge we share. I'm looking forward to taking the opportunity to explore in greater detail than official trips normally allow, including a trip to #Sark on Saturday.????????????????

Pictured: Mr Quayle took advantage of the air bridge himself in August.

The Isle of Man still has daily flights to London City, Manchester and Liverpool, however, that reduced schedule is far removed from its pre-pandemic flight network, which would usually include direct connections to Dublin, Geneva, Menorca and numerous regional ports.

It is just one area of the isle's economy that has drastically changed in recent months, although Mr Quayle has identified some green shoots of recovery.

"We had a surplus last year and were on track for a decent surplus before covid-19. We have spent around £40-50m on support schemes, which includes a furlough scheme, so much per empty bed, and targeted support for businesses that require it most.

"We came out of lockdown very quickly, it was a similar timeframe to you and the construction sector is booming, which means that many of the unemployed jobs there have gone down significantly.

"We have ended our support schemes but we cannot be complacent as an awful lot of our business is off-island and what happens in the UK is going to have an impact on us. If a business needs extra support to keep jobs, we have a Department for Enterprise and we will do our utmost to support that business.

"There are no set rules and no tablet set in stone. If an industry is struggling, like our fishermen, for example, we will support them." 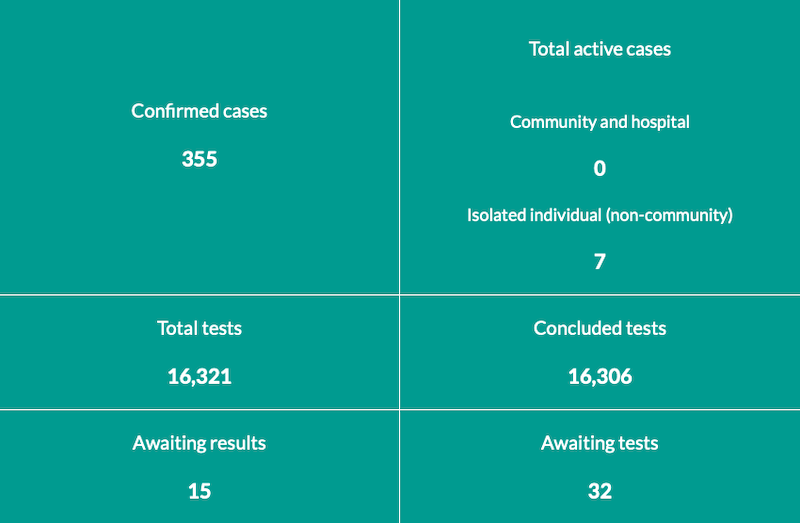 Pictured: The Isle of Man's latest covid stats, as of this morning.

Even before the pandemic hit, the Isle of Man was facing many of the same questions that are being puzzled over locally. Not only has there been a shift in emphasis towards more early intervention in the health sector, the isle is looking at ways of growing its skilled workforce and becoming carbon neutral in the next 30 years.

It has already invested in its local telecoms infrastructure, ploughing £10m into Manx Telecoms with the aim of achieving 'fibre to the cabinet' by 2024. The plan is for all households and businesses, even in the most rural corners of the isle, to benefit from super-fast broadband - more than quadrupling the number who had access to such internet speeds when the strategy was fired up in 2018.

"If you want peace, prepare for war"

While Mr Quayle's Government are attempting to find solutions to their domestic challenges, they are cognisant that they have to also address the international matters that land on their shores in the coming months.

The Isle of Man benefits from its free access to European Union markets for goods and exports 70-80% of the lamb it rears, making the prospect of a 40% export tariff "severely restrictive".

The public line is that his government is "continuing to monitor" developments on the mainland, as the UK edges ever closer to a no-deal Brexit.

However, Mr Quayle said he is not afraid to defend his homeland's interests if the need arises.

"There is a Latin saying, 'Si vis pacem, para bellum'," he said.

"It means 'if you want peace, prepare for war', so we have prepared for a no-deal scenario."