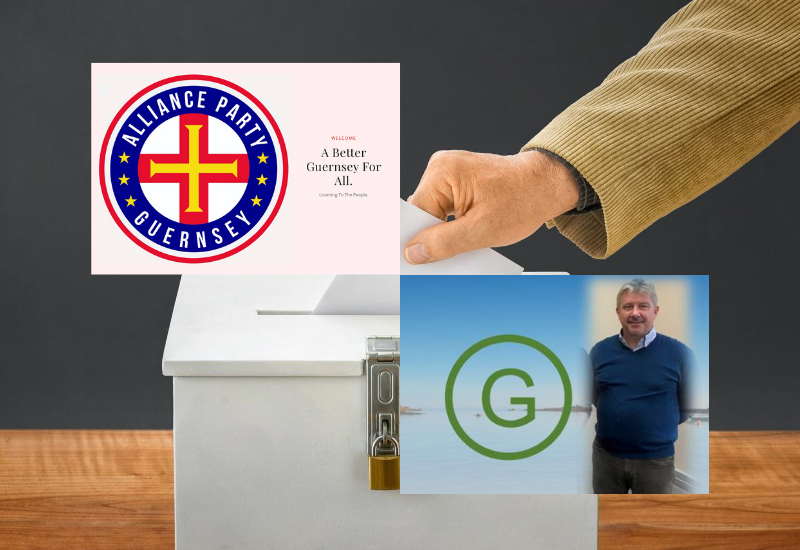 Another party has been registered for the 2020 Election, but some people are unconvinced that party politics would benefit the island.

The Guernsey Party, launched last week by Advocate Mark Helyar, is joined by the Alliance Party Guernsey, who registered earlier this year. The Guernsey Party is a “group of candidates who share common aims and political reference points,” who hope to work together to achieve shared goals.

Similarly, the Alliance Party have said that “only a properly supported party can achieve real, positive change,” and have sold themselves as an alternative to individual candidates who they say have failed to take “decisive action.”

But some members of the public are sceptical that parties would bring a great deal of change. Steve Roussel said that he was open to the idea, but that his vote would not be swayed by involvement in a political party.

“I think it will make people think,” said Mr Roussel. “Obviously it’s a different system, but it’s one of those things. Is this system any better than the last one? People will need to weigh that up.”

Pictured: The messaging from both of Guernsey's current political parties is that they will work towards common political goals to make the States of Guernsey more efficient.

The Guernsey Party has identified itself as a ‘centre-right’ party, believing that the current States Assembly has become ‘introspective and left-leaning.’ But some have reservations about Guernsey's politics becoming defined along a spectrum of left wing to right wing.

“I don’t think people in Guernsey identify with party politics,” said another person Express spoke to on the High Street. “There seems to be a lot of local people who are not attracted to voting for party candidates.”

Deputy John Gollop said that political parties have potential in Guernsey’s current system, but that for them to work properly, they would need to entrench themselves in the key positions of Guernsey’s government.

“I think to make a party work in Guernsey, it requires the founder to be the leader, and to put themselves up for Chief Minister, which I think is an implication here,” said Deputy Gollop. “If the Guernsey Party were to win 22 seats in this election, Mark Helyar would clearly become Chief Minister, unless there was division in the ranks,”

“And clearly, the 22 of them would select all the principle committee presidents and leading members of the States. The rest of us would be sitting in the back benches or on Scrutiny. That has huge implications.”

Pictured: Some Islanders fear that a move towards party politics may cause more division than it would be worth.

Others expressed concerns that political parties are inherently quite divisive. “What parties can do is take control back from Civil Service and public interest groups to political groups, and members of the public. What they don’t do is build consensus in a society.”

Another added: “If a party wins an election and takes office, it has four and a half years to prove itself. If people are fed up to their back teeth, and protesting, and goals aren’t being met, in 2024 people will say ‘blow this party, we’ll go for another party.’”

Islanders have until August 21 to register to vote in the 2020 Election, and can do so at registration.gov.gg.