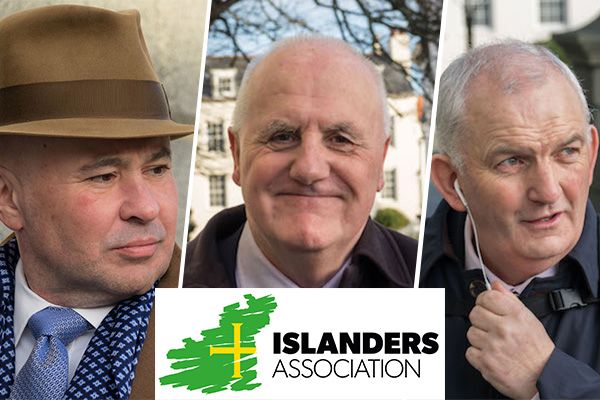 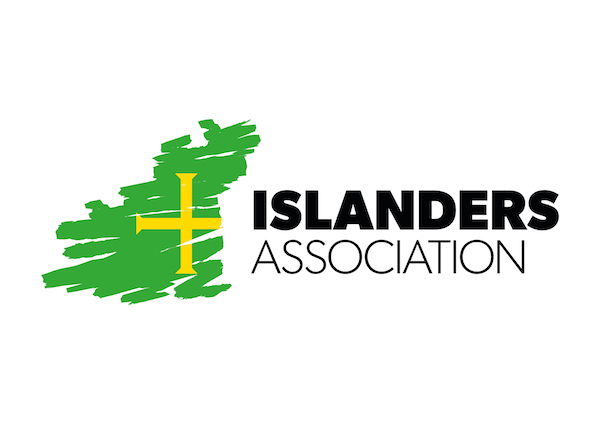 Above: The Islanders Association logo

The Islanders Association was pitched as being "Good for Guernsey" at the two meetings both last night and last week at the presentations.

Its fundraising campaign was also launched last night, with a target of £150,000 to invest in establishing and marketing the association. Deputy Meerveld said it was a short term goal that they were hoping to achieve before June, at the Association's official launch meeting. From then on, donations would be made directly to the group and membership fees would also be paid.

"It is actually a short term goal, despite the pretty large figure we are going for - we want to achieve it by the official launch of the Association in June. To come to the number we worked back from what we viewed as our critical success factors, as you would with budgeting any business - and the only real success factor in a political group is the size of your membership," Deputy Meerveld said.

"It is very important that we get that broad level of support, because it only increases the value of the work we can do. We are trying to make a big change to Guernsey, and hopefully if we can reach the fundraising goal it will show we have the backing of supporters."

The option to support this campaign with donations of £20 or more has already opened on the GoFundMe page. There is a reward structure as part of the donation campaign where people can earn membership: 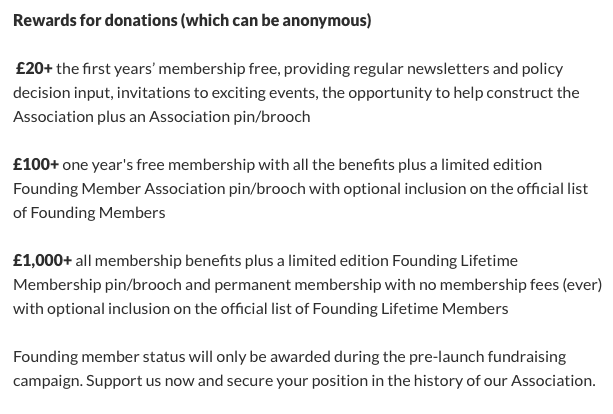 Amongst other things, some of the money will go towards a recruitment and fundraising marketing campaign which goes live this morning, initially across Facebook, with plans to expand into more channels in coming times. The campaign will run until the inaugural Islanders Association meeting planned for June when it will be formally established and its members will determine its objectives, policies and operational structure.

"The meeting tonight saw the announcement of the Islanders Association and branding, in addition to the launch of fundraising for the initiative," Deputy Ferbrache said.

"Community volunteers were also formed into working groups to begin building the Islanders Association from the ground up. This will be an initiative owned and built by our community for the benefit of all islanders."

As part of the branding launch, a temporary website has been set up - www.islanders.gg - with options to join, donate or volunteer, and also links to the Association's social media pages. These are all branded under @IslandersGsy.

“Following a very successful public presentation, we have received numerous offers of assistance and support and as a result, we will establish the Association as promised,” Deputy Mooney said.

“We intend to move things forward at a fast pace and, with the support of our community, the Islanders Association will be formerly up and running in June," Deputy Meerveld added.

As well as focusing on fundraising and memberships, the Islanders Association's initial objective is to campaign for the adoption of island-wide voting at the public referendum, which is scheduled to be held on October 10 this year.