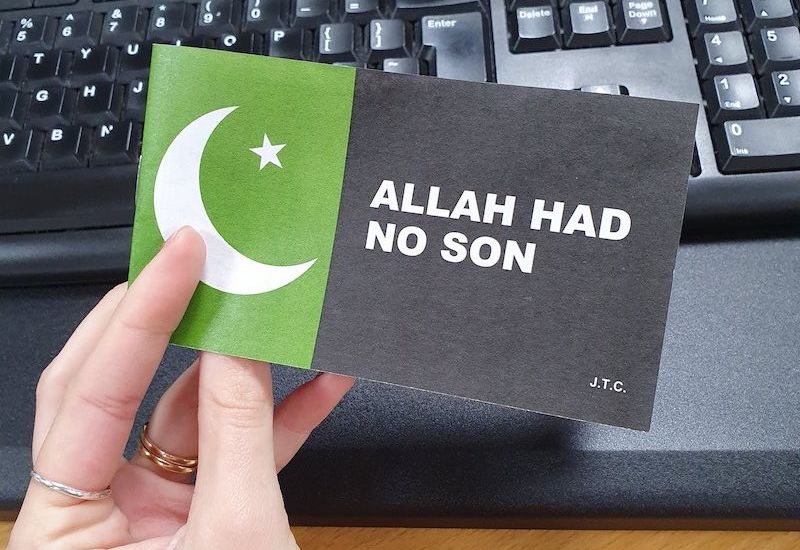 People in St Peter Port have complained after waking up on Wednesday morning to find leaflets on their car windshields that carried an anti-Islamic message.

Guernsey Police is now investigating the situation and have reached out to the Islamic community saying the act will not be tolerated.

Statements are being taken from a number of witnesses and it’s understood that the leafleting took place over a number of streets.

The Islamic community in Guernsey has been offered reassurance by the authorities.

“Any kind of religious intolerance in Guernsey and the rest of the Bailiwick – whether Islamophobia or otherwise – will not be tolerated and all reports shall be fully investigated," said a spokesman for Guernsey Police.

People are asked to call Guernsey Police on 725111 if you have any information regarding this incident.

Pictured top: One of the leaflets found on a car in St Peter Port.